The invasive Cuban Tree Frog gives Jamaicans the jitters, but it's a serious problem

The recommended euthanasia process is giving people the heebie-jeebies 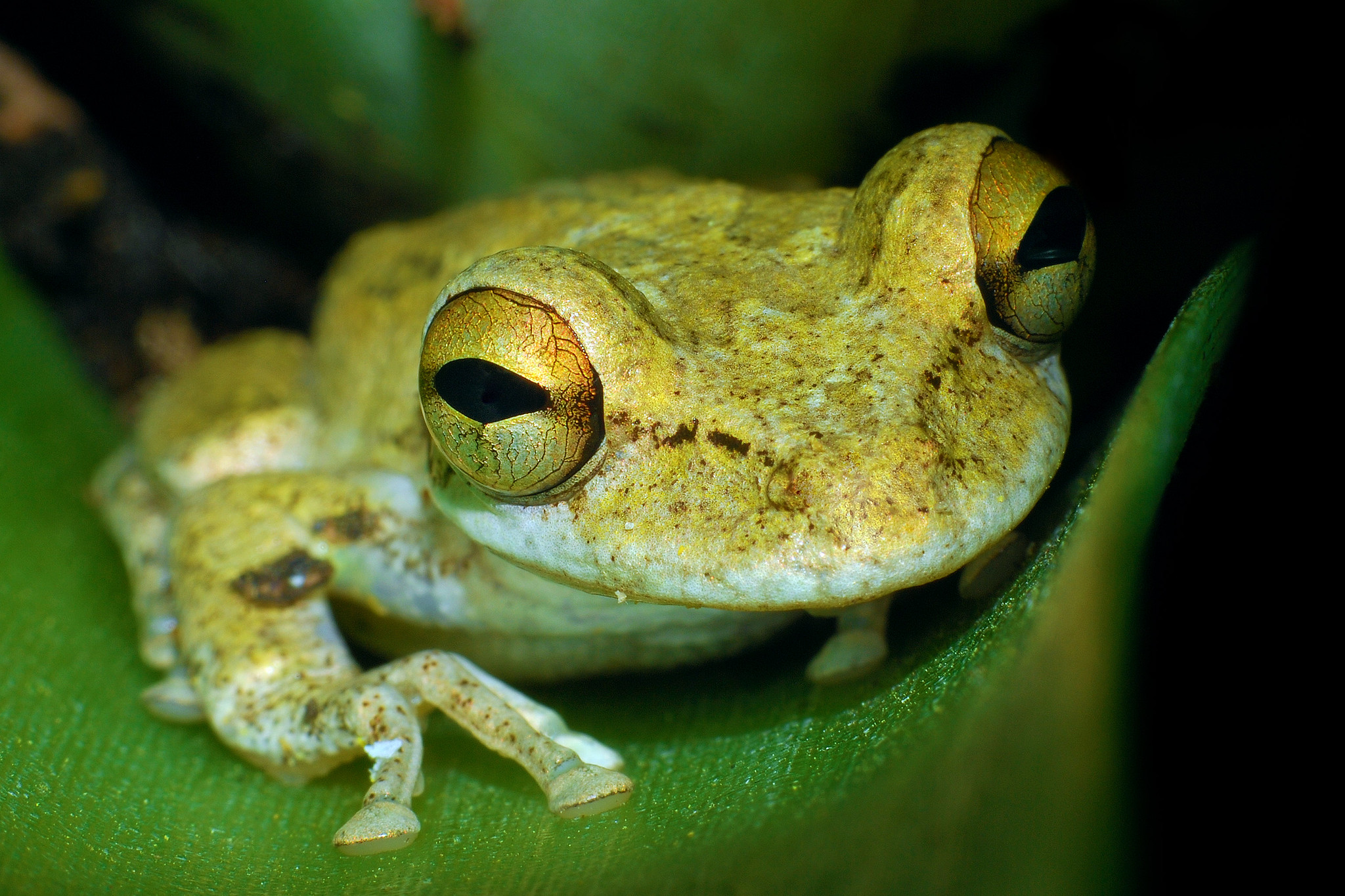 Many Jamaicans have a somewhat superstitious fear of anything slippery and slimy — in other words, amphibians and reptiles. Lizards (in particular the endemic Jamaican Croaking Gecko, Aristelliger praesignis), frogs (which are associated with “obeah,” Afro-Creole spiritual healing beliefs and practices), and snakes are almost universally shunned — to the point where people's reaction to these creatures can be extreme. Now, local scientists anxious to protect endemic species feel the same way about the Cuban Tree Frog.

Described as a “voracious nocturnal predator that eats any prey that it can grab,” the invasive Osteopilus septentrionalis is a threat to native tree frogs, both in Jamaica and across the Caribbean. Scientists have recommended humane euthanisation in order to reduce the damage these frogs can do to native species.

So, what is the best method of doing away with this unwelcome guest? A recent webinar organised by the National Environment and Planning Agency (NEPA), explored precisely that. During the discussion, Dr. Steve Johnson of the University of Florida's Department of Wildlife Ecology and Conservation, explained that the species likely arrived in the United States during the 1920s in cargo from Cuba, and is now widespread throughout Florida and in at least two or three other southern states. While the frog is native to its namesake country, as well as the Cayman Islands and some parts of the Bahamas, it has been spotted in several other regional territories as an invasive.

The Cuban Tree Frog arrived in Jamaica approximately 17 years ago, possibly through agricultural produce or equipment, since one of its earliest sightings was in Denbigh, Clarendon, the site of a major agricultural show. Since then, it has become increasingly common in both urban and rural areas of southern Jamaica.

Biologist Damion Whyte, who regularly uses social media to educate the public on a range of biodiversity issues, shared a photograph from a “citizen scientist”:

Thanks Sharon for sharing a pic of a Cuban Tree Frog from St Catherine.

Did you know that it is able to thrive in Urban Areas (buildings) compared to the majority of our locals Jamaican frogs that can only thrive in forested areas?#Roostersworld #Jamaica #biolgist pic.twitter.com/PE1qL6VsMw

Cuban Tree Frogs have large, sticky pads on their feet, allowing them to climb walls. Unlike native tree frogs, which go by the endearing names of “Laughing Frog” and “Snoring Frog,” they emit a loud, harsh croak. In a range of colours and with warts on their backs, they are being increasingly found in and around Jamaican homes, hiding in plumbing systems, kitchens and bathrooms during the heat of the day. They are larger than other tree frogs and eat smaller lizards and frogs, insects, and even small birds and their eggs.

Unlike Jamaica's four endemic tree frogs, which are all listed as Endangered and live in bromeliads and well-forested areas, the Cuban species prefers to dwell in still, fresh water, including areas housing stored, uncovered water, which are mosquito breeding sites. Scientists have been urging the public to discourage the frogs — and by extension the mosquitoes — by properly maintaining their yards and reducing opportunities for the species to breed at such sites.

In the event that Jamaicans should encounter a Cuban Tree Frog, experts recommend catching the frog in a plastic bag, quickly sealing it, and placing the bag in a freezer:

Experts warn the Cuban tree frog is having a detrimental effect on Jamaica's environment. So, if you see one, kill it. To do so, capture the frog in a scandal bag and put it in a freezer. Substances are also sold by pest control companies that kill the animal.#TVJNews pic.twitter.com/lTqHhzoaDV

Jamaicans were horrified. One tweeted:

A local vet said he would have to be suitably compensated to place a frog in a freezer:

Please do not call me to humanely euthanize a Cuban Tree Frog unless you readily have 10k in hand to compensate me for TRAUMA, gas and drugs etc

On Facebook, one asked why salt could not be used to kill the frog? In local media, scientists have insisted that neither chemicals, bleach, nor hot water should be used, although “blunt force trauma” might be an alternative to the freezer method.

One Facebook thread, in which the Jamaica Star newspaper did a “vox pop” on the subject, received 340 comments, most firmly rejecting the “scandal bag” (plastic bag) idea, while a hilarious video, in which a polite lady wearing a “church hat” called NEPA to find out more information about the Cuban Tree Frog, went viral.

Environmental Officer at NEPA, Damany Calder, was soon obliged to clarify the “scandal bag” issue since single-use plastic bags were banned in 2019. He suggested, as an alternative, the utilisation of paper bags or old newspapers in handling and snaring adult frogs, but made the point that people's hands should be protected against possible exposure to the toxins which coat the skin of the Cuban tree frogs.

Last summer, a teacher in Clarendon recounted that she had, in fact, been poisoned, although the frog is not usually as toxic as another invasive, the Cane Toad.

Despite Jamaicans’ shock at the idea of placing frogs in a freezer alongside their meat and frozen vegetables, scientists have stressed the important role the 21 endemic species of frogs play in Jamaica's ecosystem, and have tried to reassure the public that there is no reason to fear them. Calder explained:

Many of us have been conditioned to think they are not cute [but] we need to find beauty in the diversity of our wildlife.

It is our duty to protect what we have. Our native frogs are a part of our culture.