Yet another Trinidadian woman is abducted, murdered and dumped, leaving citizens frustrated and fearful

'We aren't being listened to and women are still dying' 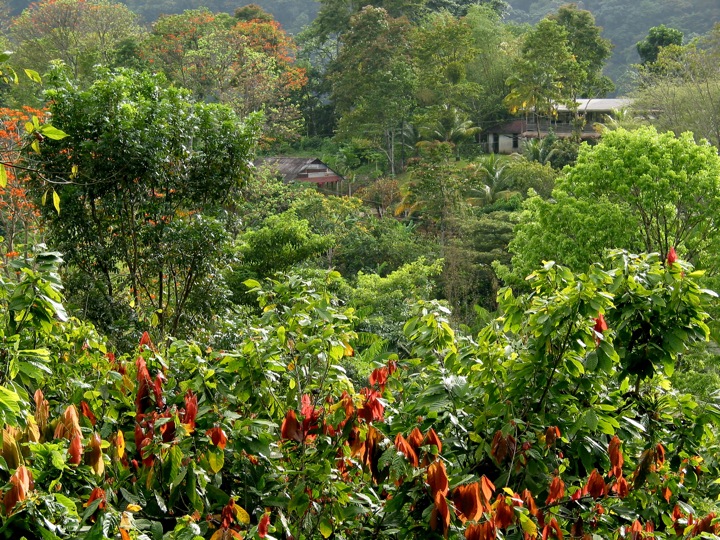 View from a cottage located in the forested hills of the Heights of Aripo, an area that some fear is becoming a ‘dumping ground’ for the bodies of murdered women in Trinidad. Photo by Georgia Popplewell, CC BY-NC-ND 2.0.

Nearly a year after the body of 23-year-old Andrea Bharatt was found in the Heights of Aripo, a heavily wooded area in northern Trinidad, another young woman, Keithisha Cudjoe, was found dead in the same area.

Cudjoe had been missing since January 24, after reportedly travelling in a car her friends had arranged to take her home, circumstances that are unsettlingly similar to the manner in which Bharatt and another young woman, Ashanti Riley, had been abducted. However, in Cudjoe's case, a missing person's report was not made to the police until a few days later.

We keep failing young women in this country at all levels, then we tell them that it's their fault, that there was more they could've done. I'm tired of losing young women to elements we never had control of
Hope crushed: Keithisha Cudjoe confirmed dead
https://t.co/jcLl32pe5j

As has become the norm, Cudjoe's photo was circulated on social media once she had been reported missing, though some social media users lamented the fact that the outcry was not as great as when Bharatt disappeared:

I'm looking at the limited commentary on Keithisha Cudjoe's murder and I'm not surprised nor disappointed. We really are a sad state of selective empathy and performance outrage.

One Twitter user even noticed the glaring difference in the media narrative:

Let's also pay attention to how journalists write their stories in comparison :)

For example, Keithisha Cudjoe was a missing woman while Andrea Bharatt was a Court Clerk…

May seem like nothing but watch it again and read the articles again https://t.co/dfu1L370Vy

It is a phenomenon that writer Shivanee Ramlochan, who regularly shares her views about Trinidad and Tobago's plague of gender-based violence, recently examined.

Keithisha Cudjoe should still be with us.

But since she was. Since she is now dead.

We ought to have seen more of her: her face, description and relevant particulars, plastered over social media, in the news, on telephone poles and billboards, on WhatsApp statuses and in the public prayers recited at the beginnings of Mass, mosque and mandir services. #FindKeithisha should have been trending. Every one of us ought to have known, even if every one of us might not have cared. And you know many of us didn't and don't care.

Perhaps it is no one's fault that the public campaign to find Keithisha alive was barely recognizable. And perhaps it is no one's fault that Keithisha is referred to in the press, not primarily by her occupation, but by the fact that she was a '21 year-old mother of one’. Maybe there is no one to blame but the killer, or killers. But now that she is dead, which she should never have been, I want us all to be interested in knowing more. […]

If every one of us cared about the kidnapping and murder of Andrea Bharatt, and we ought to have, then we should care as emphatically about Keithisha Cudjoe. We should care that Keithisha's family already believes this killing will not be solved. We should care that the Heights of Aripo, verdant and dimly lit, is turning into a cradle for the smashed-in skulls of our women.

Been thinking about Keithisha Cudjoe the last few days. Remember the candle light vigils and protests? So much changed, right? We aren't being listened to and women are still dying

The Candelight Movement, which had been very outspoken after Bharatt's disappearance and murder, issued a statement on Cudjoe's death, and renewed its call for the government to do more to protect the nation's women, including making pepper spray and licensed firearms “more available.”

Since Bharatt's murder, parliament has passed the Evidence Bill, which paves the way for more cutting edge evidence-gathering techniques in criminal trials, and approved pepper spray for self-defense purposes, to be accessed via a permit system. However, other pressing measures, such as the legislation of “private-hire” vehicles, have not been addressed.

Facebook user Dionne Ligoure was one of many expressing her frustration:

I am fed up of crime…of women being brutalized, ensnared, murdered like prey almost daily!
WHY ISN”T THERE SOME KIND OF POLICE POST IN GUANAPO OR ARIPO WHEN IT IS CLEAR THAT THIS AREA IS A DUMPING GROUND FOR KILLERS!!
How many more women must die? How many more children must be motherless? How many more families must be left to grieve?

Deepest Condolences to family & friends of Keithisha Cudjoe 🕊 Fly high Angel 🙏🏽 When will girls and women be safe ? We walking around with targets on our backs in a constant state of fear. I’m sorry that we failed again 😢

I’ve said it repeatedly and will say it again, what’s missing from T&T’s response to homicide and violent crime is IMAGINATION, INNOVATIVE THINKING, CRITICAL THINKING, CRITICAL DATA ANALYSIS and DATA INTERPRETATION, INFORMED EVIDENCE BASED DECISION-MAKING and DATA-DRIVEN LEADERSHIP with a comprehensive understanding of CRITICAL CRIMINOLOGY. We have some excellent police officers and solid police leaders but their playbook needs a real time upgrade.

As newspaper editorials advocate for a greater commitment to crimefighting and citizens pray and hope for justice, Shivanee Ramlochan recommended something else — action:

[S]tand in that gap of ignorance and fear that says some girls are inherently good, and others are whores. That some girls, even if no one wants to say it out loud, deserve to be saved more than others. Stand in that gap and use your advocacy and your art, your politics and your time, to teach at least one person how wrong it is to think this way about black women and girls, how abjectly wrong it is to think some women are more killable, and that's just how the world works. It isn't. And listen. If it's too soon for you to teach, or if it feels all too much, because it is, then grieve. Take the time to grieve.

I am so sorry that we know your name because you're gone.