Trinidad & Tobago's Carnival lovers will only be getting a ‘taste’ of the festival this year, but do they even want it? 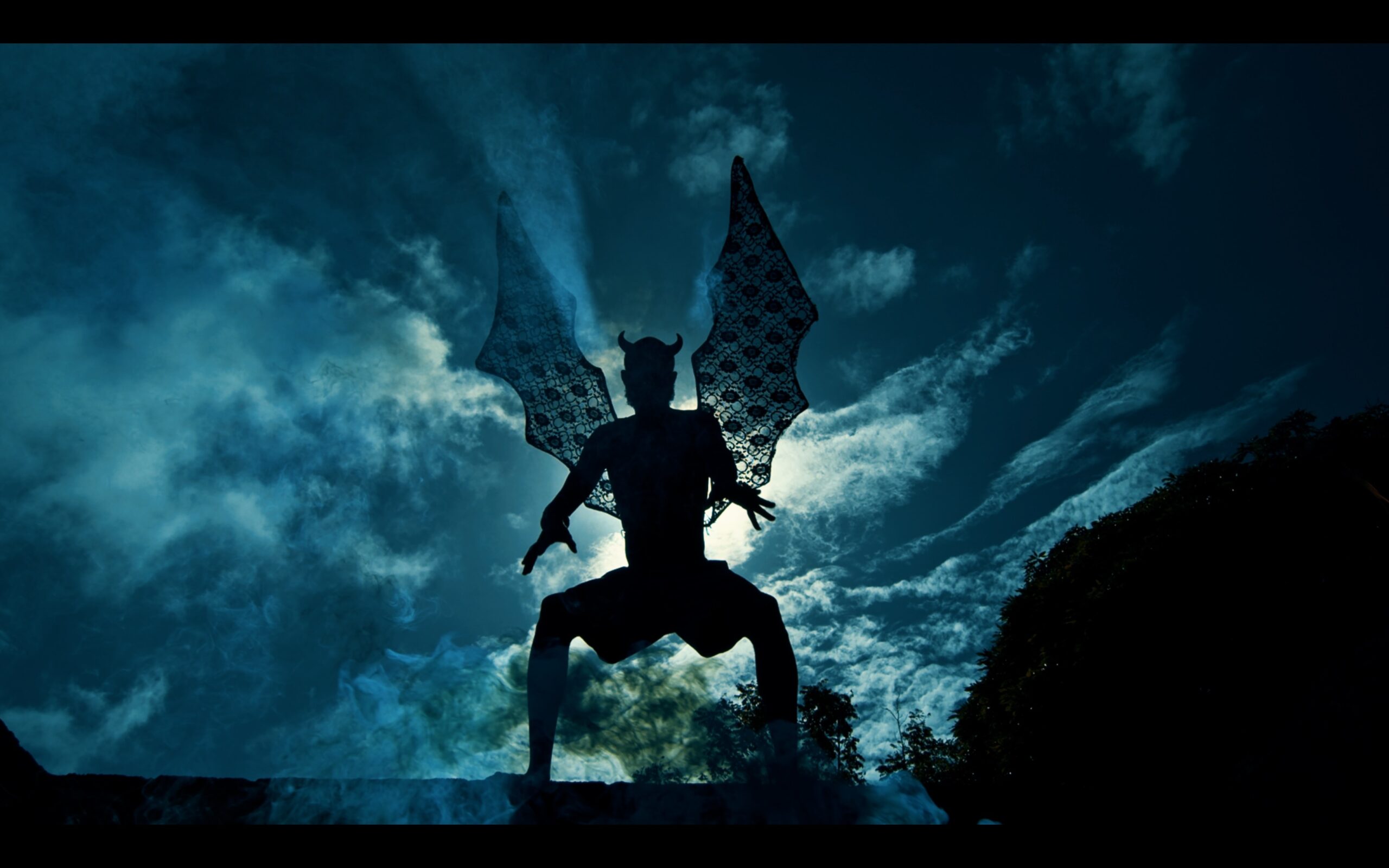 Frame grab of a Blue Devil, a traditional Trinidad and Tobago Carnival character, from the NGC “This is Home” Carnival series. Image by Walt Lovelace, used with permission.

If these were “normal” times, Trinidad and Tobago's world-famous Carnival season would already be well underway, with fetes and soca concerts drawing large crowds, and the early rounds of steel pan and masquerade competitions in full swing, all leading up to the two-day street parade on the Monday and Tuesday preceding Ash Wednesday, which falls on March 2 this year. But these are times of pandemic and, with the 2021 festival cancelled and creatives feeling the fallout, the government devised a way to make a version of Carnival happen for 2022.

Enter “A Taste of Carnival” — an attempt to allow every sector of the Carnival landscape to have events at three designated “safe zones”. These three COVID-19 protocol-compliant venues — the Queen's Park Savannah, the traditional mecca of the local festival, and Queen's Hall, both located in the capital, Port of Spain; as well as the Naparima Bowl, a performance art space in south Trinidad — will only be accessible to fully vaccinated patrons and performers.

Unlike the recently staged Miami Carnival, the approach involves the use of pods, whereby people will be physically distanced from one another within their own social bubbles while patronising any of the carded events. Most notably, the beloved J'ouvert celebrations, which herald the start of the street festival, and the Parade of the Bands will not be on offer, but other events are scheduled to begin on February 4.

Public reaction to the news has been mixed. Not only is Trinidad and Tobago in the throes of community spread of the Omicron variant, with daily new positive cases at around the 600 mark and an estimated 49.5 per cent of the population fully vaccinated, but the thought of the government dedicating what was initially said to be just over TTD 30 million (just under USD 4.5 million) on an untried and scaled down version of the festival seemed like fickle economics to some cultural activists.

Following some criticism, the budget has since been reduced to TTD 20 million (just under USD 3 million), with the lion's share being allocated to three key stakeholders: Pan Trinbago, the Trinbago Unified Calypsonians Organisation (TUCO), and the Trinidad and Tobago Carnival Bands Association.

It was a move that did not go down well with facebook user Nigel A. Campbell, who said:

[S]lashing the budget for ‘A Taste of Carnival’ does not make the event better, and worse does not make the public outcry go away. Pods build without confirmation of an expenditure budget. Why Gypsy [calypsonian Winston “Gypsy” Peters, chair of the National Carnival Commission] still have a job? Why NCC still spending government money? Why it so late in execution and marketing? A $15M ‘signal that the entertainment sector is reopening’ is one way of spending the People's money. The sector response is muted as high demand talent has left these shore to explore the markets overseas: foreign exchange, jobs, and audiences. A plan that began too late is now reduced to thing to show that ‘we care.’ Not good enough.

How this money is to be allocated should be underpinned by international Best Practice understandings of the role of government money and the role of practitioners.

Some of the measures he suggested include a merit-driven grant funding evaluated by peer-based assessment, respect for the artistic process, and corporate sector support.

On Twitter, photographer David Wears shared a statement by the estate of the late Carnival designer Wayne Berkeley:

Social media users also raised concerns about transparency, the wisdom of prioritising an event of this nature given citizens’ current economic and healthcare needs, and the fact that the majority of the nation's school age children have been out of physical classes since March 2020.

33 Million allocated for carnival and some goat pens [referring to the pods] and we cannot use this money to get children back to school! Really?

Over the past two years, 50,000 children went without education because they couldn't afford a laptop…$35 million in laptops could have given them a Taste of Education.

I loathe whenever a Creative Sector ‘spend’ is revealed and the first national outcry is ‘dey [They] shoulda spend dat money on Education! Or Health.’ The fact remains that Arts has the historic lowest government subvention [….] stack up that advantage over the years!

On the other end of the spectrum, certain sectors — including the chosen hosting venues and certain Carnival enthusiasts — welcomed the initiative, with Andy A. Neils saying:

The hard hit Entertainment sector in Trinidad and Tobago can breathe a sigh of relief as some events can happen in 2022, with proper health and safety protocols in place.

Even as NCC chairman Winston “Gypsy” Peters maintains that “for now, and for the foreseeable future, there will be so such thing as our ‘normal’ Carnival,” the coming weeks will tell whether the “Taste of Carnival” will be savoured, or leave a bad taste in the mouth.