Kazakhstan's new Fund for the People is just a giveaway 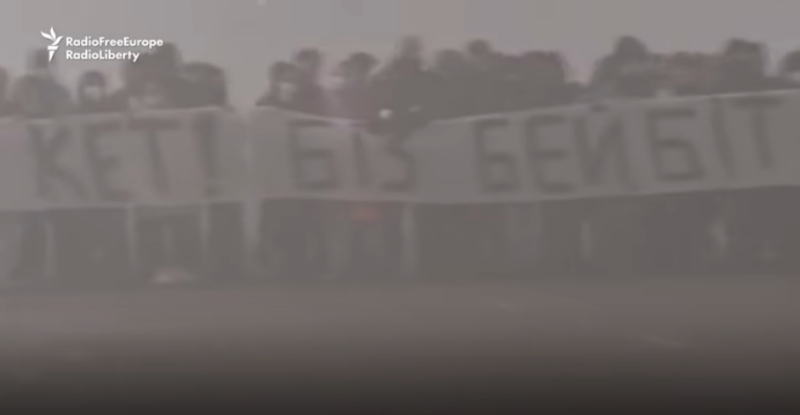 The government's anti-terrorist operation concluded last week in Kazakhstan, as the country's leadership laid the blame on a foreign-trained group of 20,000 for the violent clashes that led to over 200 dead in Almaty, the largest city and former capital, and dozens more in other cities.

President Kassym-Jomart Tokayev lodged accusations of incompetence and treason against his security apparatus. He also addressed the underlying problem that helped the initial protests spread across the country: inequality.

As Tokayev laid out a new plan for reforms during one of his many speeches in January, he announced the creation of Kazakhstan Khalkyna (Kazakhstan for the people), a public fund that the largest companies and businesspeople should contribute to — on a voluntary basis — in a show of support for social services. The fund will help finance projects in “health care, education, social support,” a press release said.

[The Fund will] attract assistance from international charitable organizations [as well as] mandatory contributions from the lottery and betting operators. Of course, I emphasize that we expect regular significant contributions to the fund from big business.

The detachment of the fund from the public budget and the expectation of sizable contributions from large businesses places the responsibility on the private sector to voluntarily give away part of their profits as a redistributive measure.

The “charitable” aspect of the fund is in line with the top-down approach that the government has routinely taken toward socio-economic issues.

To put this in perspective, a similar top-down solution to society's problems was established in July 2019, one month after Tokayev's election, through the creation of the National Council of Public Trust, designed as a public platform to discuss and propose solutions to the country's socio-economic issues. Most observers say the council has failed its task.

Similarly to the council, the fund displays a “separate authoritative supervisory board” which is supposed to maintain it independent of the government. Yet, most of the board members have been or still are close to the country's leadership.

To better understand the rationale and the effects of the fund, Global Voices reached out to Maurizio Totaro, PhD candidate at the University of Gent, who focused his research on the Mangistau region, its history, spaces, and people.

Global Voices: Is the creation of the fund in line with Tokayev's plan for “de-oligarchization”? And who benefits from this?

Maurizio Totaro: The creation of the fund is a first non-repressive measure in reaction to the street protests in the country. It's an attempt to follow through on Tokayev's call for a de-oligarchization of the country. If we analyze the whole of Tokayev's speech, however, we find that this is not a redistributive measure, but a charitable action. The fund is a way for certain elite groups that have benefited from the Nazarbayev system to demonstrate their contribution to society. Being set up on a voluntary basis, the fund doesn't oblige the companies and individuals to contribute.

GV: So it's essentially a way to offer a donation in exchange for a better reputation?

MT: The fund is also a way to counterbalance the criticism about the legitimacy and the legality of the wealth that these groups amassed. By making this a charitable contribution, a company's donation to the fund becomes a way for the company to gain a certain moral legitimacy within the system. This way, oligarchs and big companies essentially legitimize their role in the “new course” that Tokayev claims to have embarked on.

GV: In his speech, Tokayev also reassured people that this fund is not going to hinder the principles of market economy. Why was this an important aspect to stress?

MT: Tokayev also mentioned explicitly that this is not a tax — and actually would possibly entail tax benefits for those who contribute. And his stress on the principle of private property also sets a boundary against recent calls from workers to nationalize certain extractive enterprises. These two plain statements serve as a guarantee for the business climate and for foreign investments.

Summing up his analysis, Totaro told Global Voices that the fund “looks like an exercise in smoke and mirrors, a wholly insufficient measure to face the structural inequalities that gave rise to the protests in January.”