Will Cameroon's Indomitable Lions triumph over the Pharaohs of Egypt? 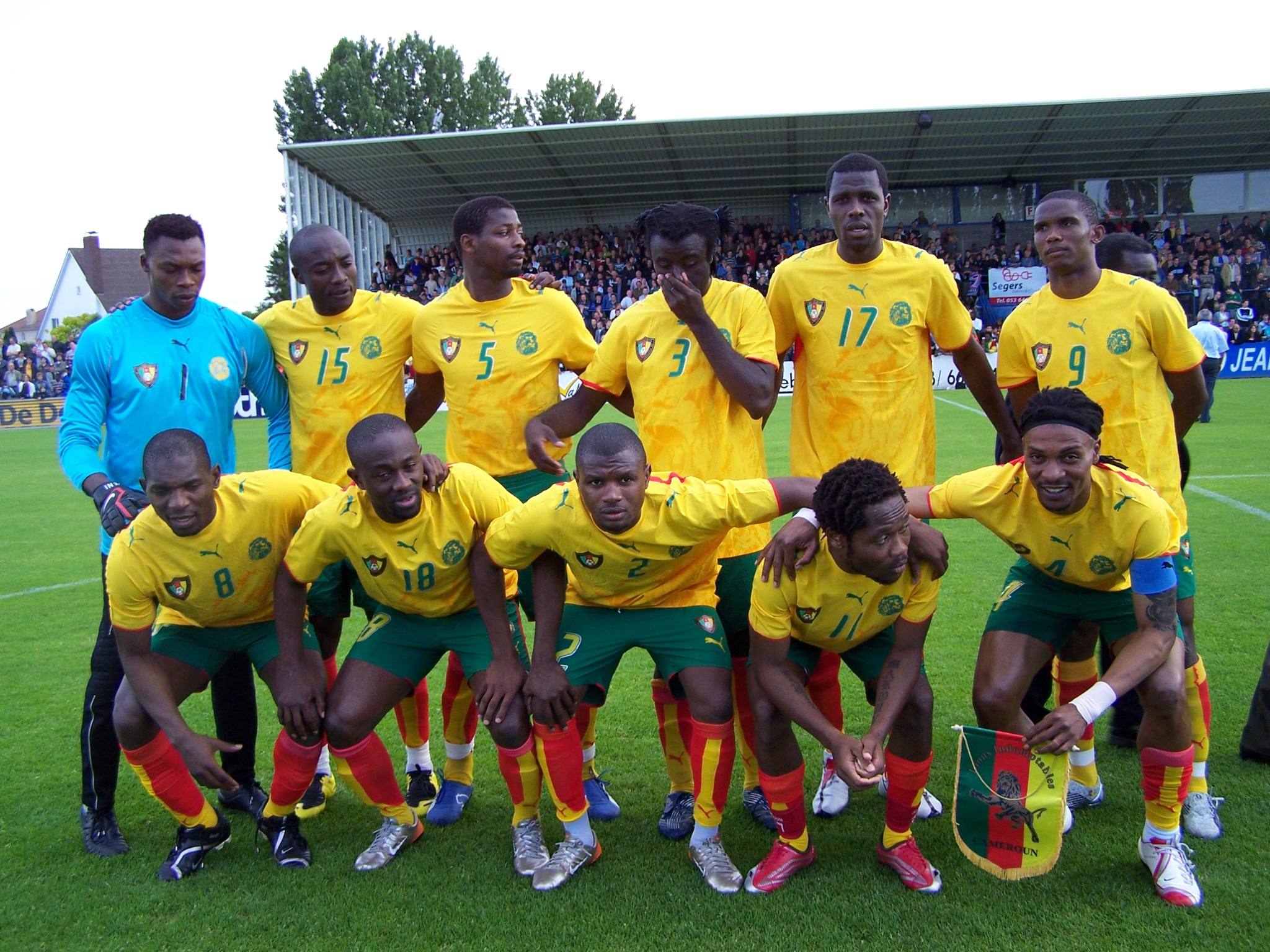 The Indomitable Lions of Cameroon before a match on January 2, 2006. Flickr image by oka_bol (CC BY-NC 2.0)

Host nation Cameroon faces eternal foes Egypt in an epic semi-final fixture on February 3, at the Olembe Stadium in the nation's capital Yaoundé, to decide who among the continent’s most successful nations qualifies for the final of the ongoing Africa Cup of Nations (AFCON). Both teams share 12 trophies between them, with Egypt winning seven and Cameroon five.

The game between Egypt and Cameroon is one of the most revered fixtures in African football with 27 meetings in all competitions since February 1983. Egypt boasts a track record of success on this sort of occasion and the statistics do not make pleasant reading for Cameroonian fans. In their last 10 games at the Nations Cup, the Pharaohs of Egypt have recorded five wins and their Central African rivals have collected four. The graph has rarely favoured the Cameroonians.

“We are getting into the real business. Cameroon vs Egypt is a deja vu. Egypt is gradually picking up form. It's going to be tough for Cameroon. But they are playing at home and hungry to close the gap with Egypt. They also want to be the ninth country to host and win,” Cameroonian sports journalist Afeseh Apong explained on GPmedia, an online news portal.

The football gods have never allowed Cameroon to have things easier against Egypt. They twice lost the chance to win the trophy against the North Africans in 1989 and 2008. They have had hairy moments and a series of improbable escapes. It has always taken a lot to ride out the Egyptian storm over the years, but when it comes to crunch fixtures, especially on Africa’s biggest stage on home soil, Cameroon have invariably found their way to win.

#TeamEgypt has won three of the last four meetings against #TeamCameroon however lost to the Indomitable Lions in the final of this competition in 2017 👀 pic.twitter.com/Ng25qlLzcU

Record-holding champions Egypt will certainly head into Thursday’s clash with memories of 2017 when they were denied the trophy in the most cruel fashion after losing to Cameroon in the final following a dramatic comeback win in the semi-final. The pain of the defeat was evidently deepened by the manner in which they lost. But this will not dent the belief that they can avenge their loss and reach the final.

Cameroon wouldn’t easily let such an opportunity slip away and certainly believe they possess the steel required to win a major tournament on home soil. But one of the problems of the team over the years has been that you are never quite sure exactly what to expect from them. One constant is the pursuit for trophies. Defeat is no stranger to Cameroon. And if history is any guide for this game, another win may seem elusive. 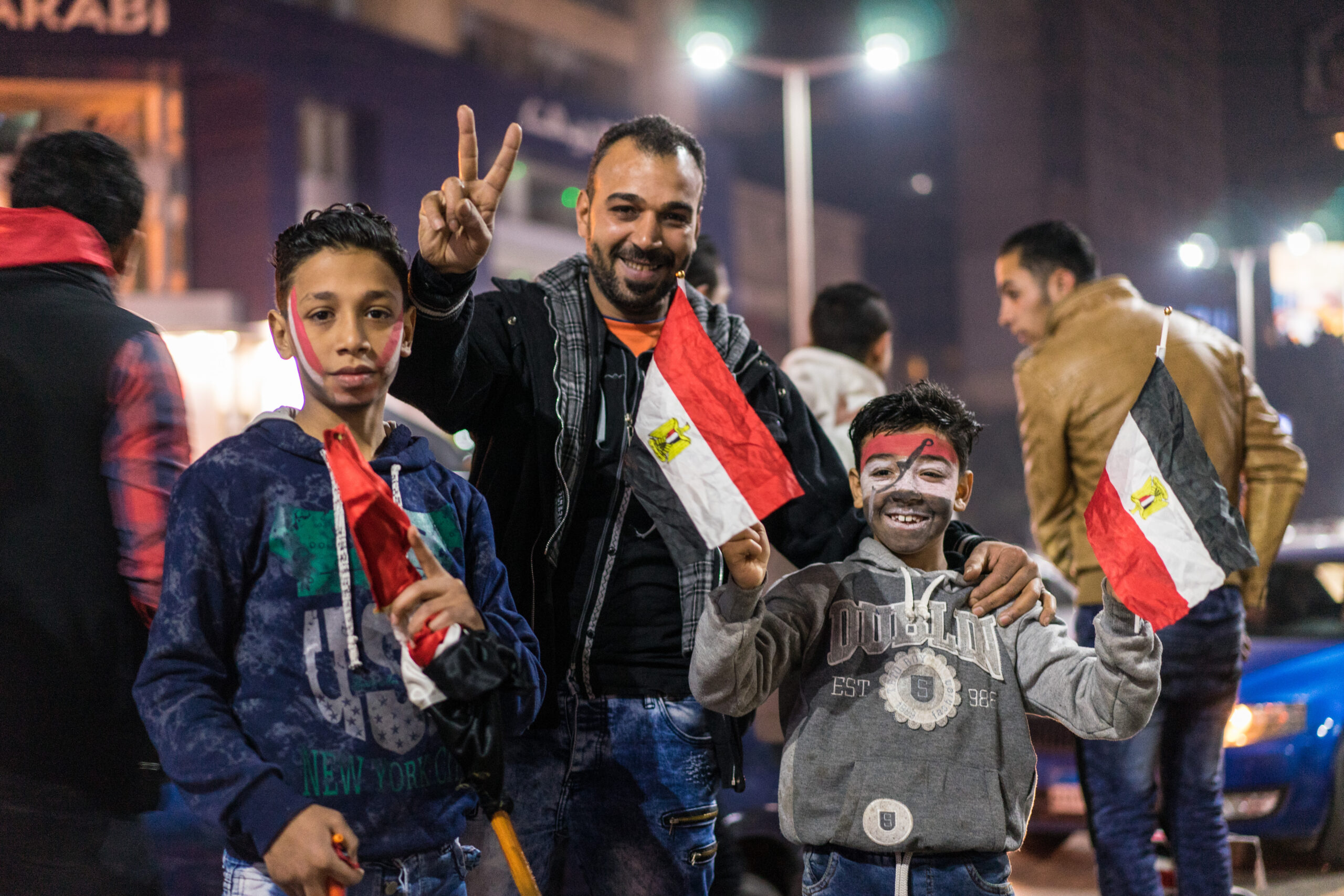 A family in Cairo proudly displaying their affection for the Egyptian national football team before the February 5, 2017, African Cup of Nations final against Cameroon. Flickr image by Mark Fischer (CC BY-SA 2.0)

Only a few people can still remember Cameroon’s first semi-final on home soil when they hosted the Africa Cup of Nations (AFCON) in 1972.

It was a year full of expectation but turned gruesomely sour with fierce scenes at the end after the Indomitable Lions were shockingly knocked-out losing at a raucous Ahmadou Ahidjo Stadium before their home crowd 0–1 to Congo, who claimed their first AFCON trophy.

Players of the Cameroon national team trundled off the pitch with disbelief but managed to settle for third place defeating Zaire 5–2. But the win offered very little consolation to some diehard Cameroonian fans who only celebrate achievement if it comes in the form of gold.

Fifty years after the disappointment, the pain still lingers. Now that the Indomitable Lions are once again through to the semi-final, the simple thought of another unprecedented exit in the last four after a brilliant and unbeaten run is terrifying for obvious reasons.

Michel Kaham, 70, was a young right-back at the time in only his first selection with the national team during the 1972 AFCON finals. “I have very bad memories of the 1972 Africa Cup of Nations. We all dreamt of winning the title on home soil. But we missed the chance after being eliminated by Congo in the semi-final. But we managed to win the third place game against Zaire. It was a failure that we couldn’t win this tournament,” Kaham told this reporter.

Kaham reminisced further to Global Voices that, “After the final whistle, there was complete desolation on the pitch and in the dressing rooms. Many cried and we felt  bad because we gave our all and the least we could do was to win the trophy. We lost to a team that we thought were inferior to us. And we spent about five hours in the dressing rooms before going out. The crowd went mad outside. Our bus was ruthlessly stoned. And I even received a wound on my head.”

Kaham believes, as the host nation, Cameroon has learnt from its mistakes and won’t fall in the same trap twice. A win will pump an emotional outpouring of relief for the retired footballer.

“It is true we missed the chance in 1972 but we have drawn the positives of our failure. I would be glad to see the current crop of players lift the trophy, 50 years after we hosted and reached the final. I hope they reach the final and win this trophy. I am delighted that we finally have a competitive team. It would be great to see Cameroon host and win the AFCON 50 years after,” Kaham said.

For Cameroon, there are two stakes involved heading into the semi-finals against Egypt. First the chance to erase the unpleasant memories of 1972 by reaching the final, and, second, defeating their most dreaded rivals Egypt and denying them the chance of a record-extending eight titles.

The Indomitable Lions of Cameroon have never been in better shape to face Egypt. There is an abundance of talent available for Coach Antonio Conceicao to challenge Egypt’s hegemony and accomplish what the 1972 squad couldn't.

“Egypt is the most successful team on the African continent. We aim to reduce this gap. We know the strengths of Egypt but we hope that the boys will have the same attitude to be able to reach the final. This is our goal,” Conceicao told reporters.

The Portuguese gaffer has a mix of proven experience and exciting youth. The core of the squad from the 2017 and 2019 AFCON has remained, while new heroes have been forged.

For most of the competition, Cameroonians liked what they saw, especially against debutants Ethiopia and The Gambia, which was a performance brimming with pace, precision and energy. The Indomitable Lions have scored more goals than any other nation (11) with two of its players, skipper Vincent Aboubakar and Karl Toko Ekambi leading the goal scorer chart, scoring 6 and 5 goals respectively.

Besides their impressive goal-scoring form, Cameroon has other arguments in their favour. The solidity in their defence is highly impressive, although they have conceded four times with just one clean sheet. Their midfield is solid, with gifted, creative and indestructible midfielders that can change the course of any game.

Although Egypt will be without some of their regular starters, the Indomitable Lions must keep a close look on Mohamed Salah. The Liverpool star, on two goals since the start of the tournament, has only shown a glimpse of his famed predatory instinct and there are signs he is hitting peak club level form.

Cameroon have become addicted to winning, no doubt and aim to make a strong finish to their unbeaten campaign. It is time to live up to the promise and to make sure the trophy doesn’t elude them once more at home.