In honour of World Wetlands Day, Caribbean wetlands in photos 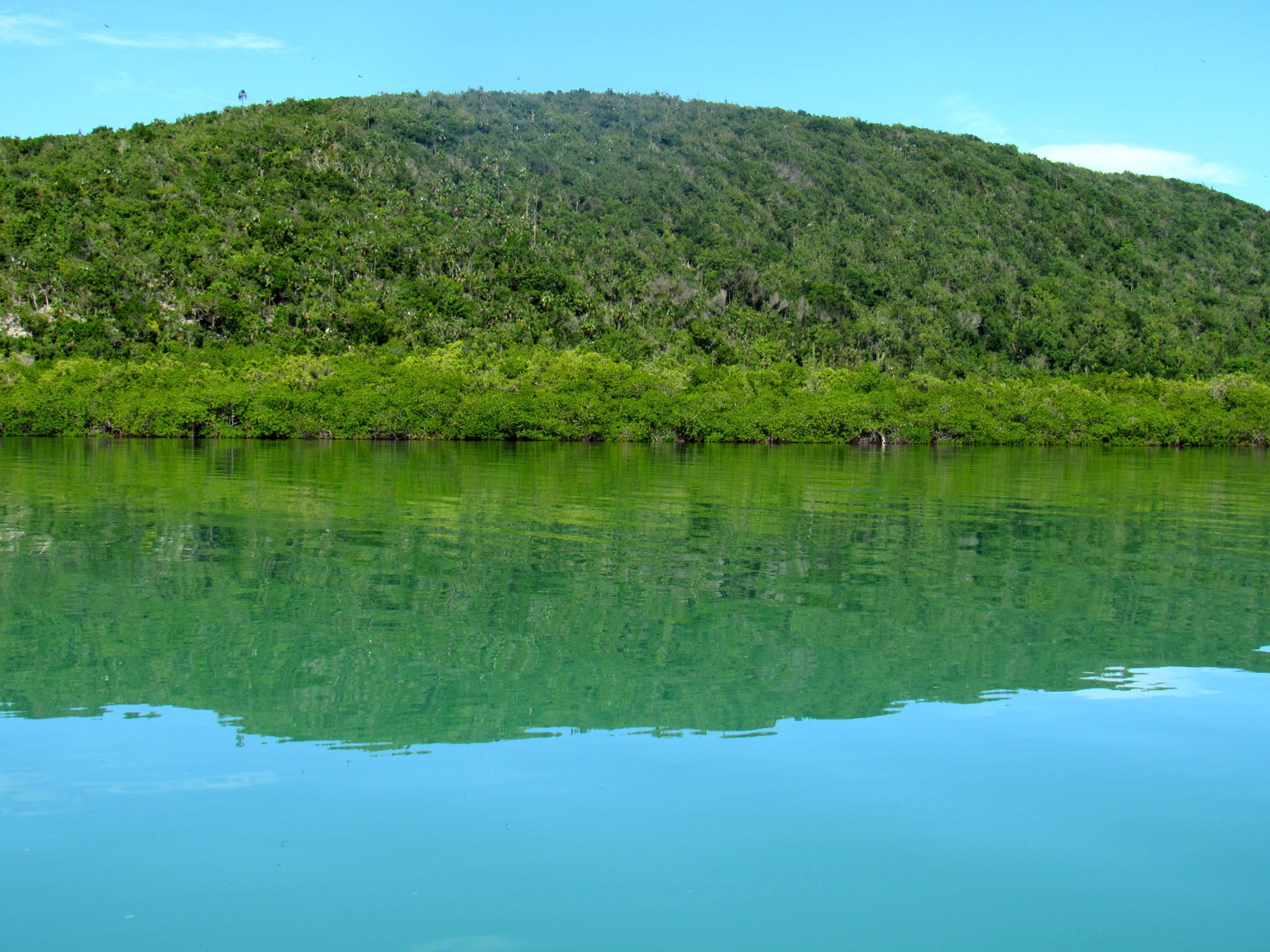 Great Goat Island on the southern coast of Jamaica. Photo by Emma Lewis, used with permission.

World Wetlands Day, marked on February 2 — the day on which the Convention on Wetlands was adopted in Ramsar, Iran, in 1971 — is an annual acknowledgement of the importance of wetlands to life and sustainability on our planet. The 2022 theme focuses on a call to action through behaviour, activism, monetary investment, and political support, to ensure that the world's precious and vulnerable wetland ecosystems are restored and protected from further degradation.

Although wetlands cover less than 10 per cent of the earth’s surface, a whopping 40 per cent of all plant and animal species live or breed there. Quite apart from being a food source for humans and animals, wetlands are crucial to climate balance, as they contribute to water regulation, filtering and flood management.

In Small Island Developing States (SIDS) like the Caribbean, which are at the receiving end of the worst impacts of climate change, wetlands are integral to the fight against global warming by stabilising greenhouse gas emissions and storing carbon within their biomass and soil (carbon sinks). This despite the fact that climate change has already brought with it negative side effects, including decreased levels of fresh water, deforestation and sea-level rise.

Unfortunately, many regional wetland areas, like the mangrove forests in Trinidad and Tobago at the southern end of the archipelago, are threatened by pollution and sargassum, the proliferation of which has been linked to warmer ocean temperatures as a result of climate change.

Trindad's Pointe-a-Pierre Wildfowl Trust, one of the country's best known wetlands defenders, posted images on its Facebook page in celebration of World Wetlands Day, even as it pledged to continue “the conservation and preservation of Wetlands and all their inhabitants.”

As part of #WorldWetlandsDay, we would like to draw attention to sustainable use of our very own wetlands, the Nariva Swamp, Caroni Swamp & Buccoo Reef/ Bon Accord Lagoon complex and encourage their protection and conservation efforts pic.twitter.com/Y8okrVVkbL

This #wetlandsday I've been thinking a lot about the awareness-action gap & what I can do better to #ActForWetlands and #climatechange. I think for starters I'd like to build more inclusive narratives around OUR identity & wetlands.

In addition to their functionality, wetlands are also quite beautiful. In honour of World Wetlands Day, here's a glimpse of a few of the Caribbean's most breathtaking wetlands, starting from Guyana on the mainland and moving north up the island chain. 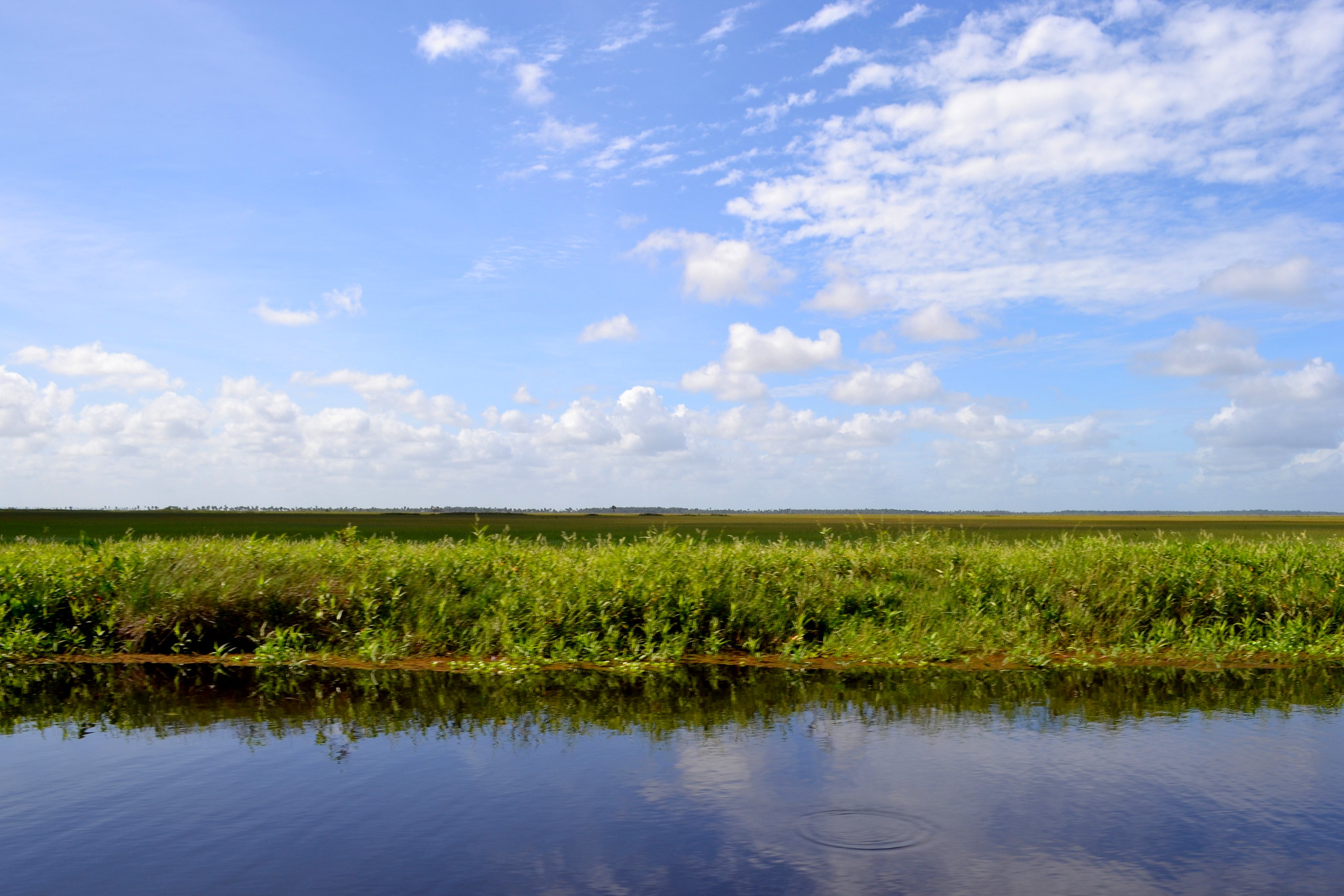 Though considered part of the Caribbean, Guyana is an expansive country situated on the South American continent, with swamp and wetland areas that stretch for miles. 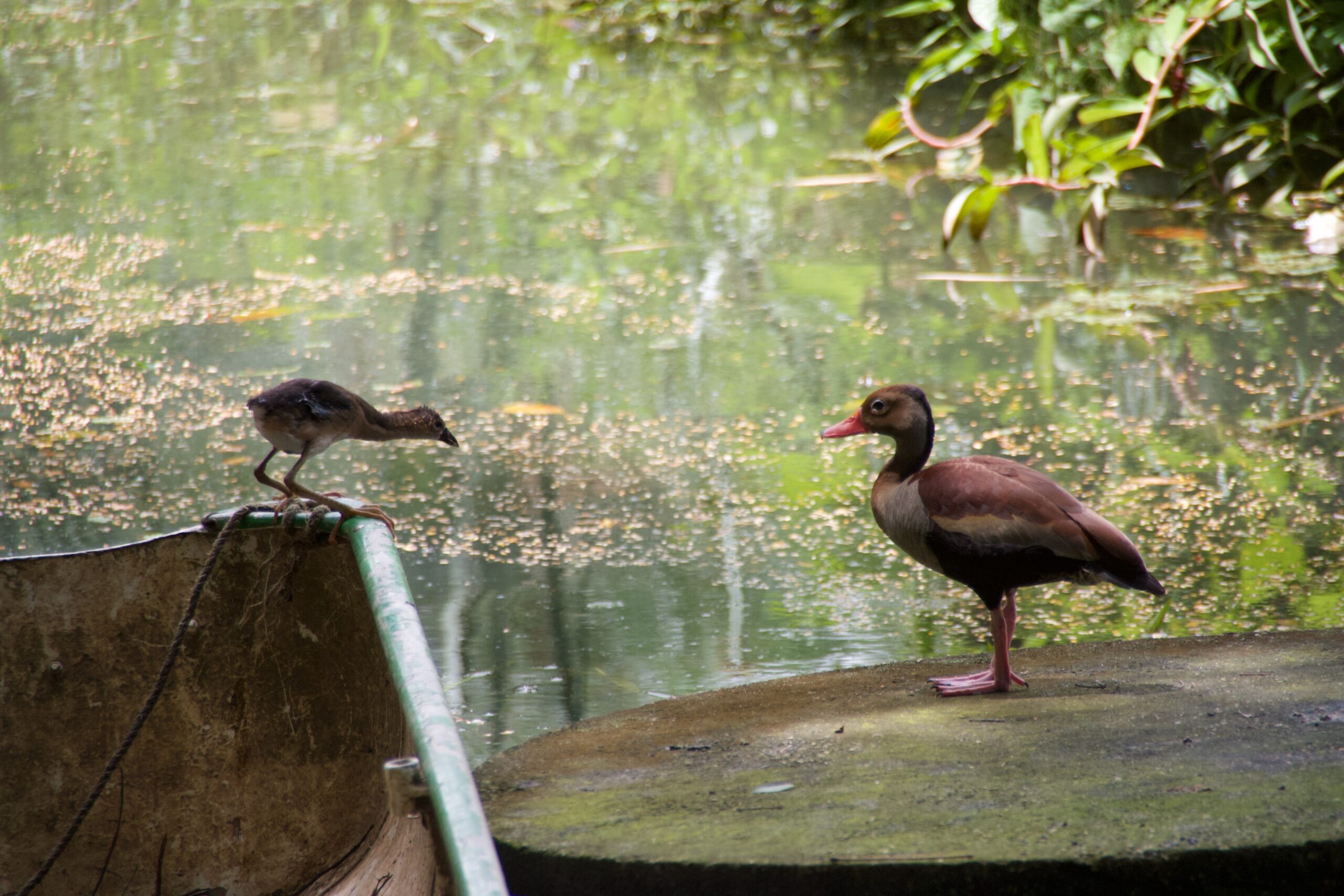 In addition to taking in and rehabilitating injured birds, the Pointe-a-Pierre Wild Fowl Trust does a lot of research, advocacy and education outreach about the environment in general and wetlands in particular. 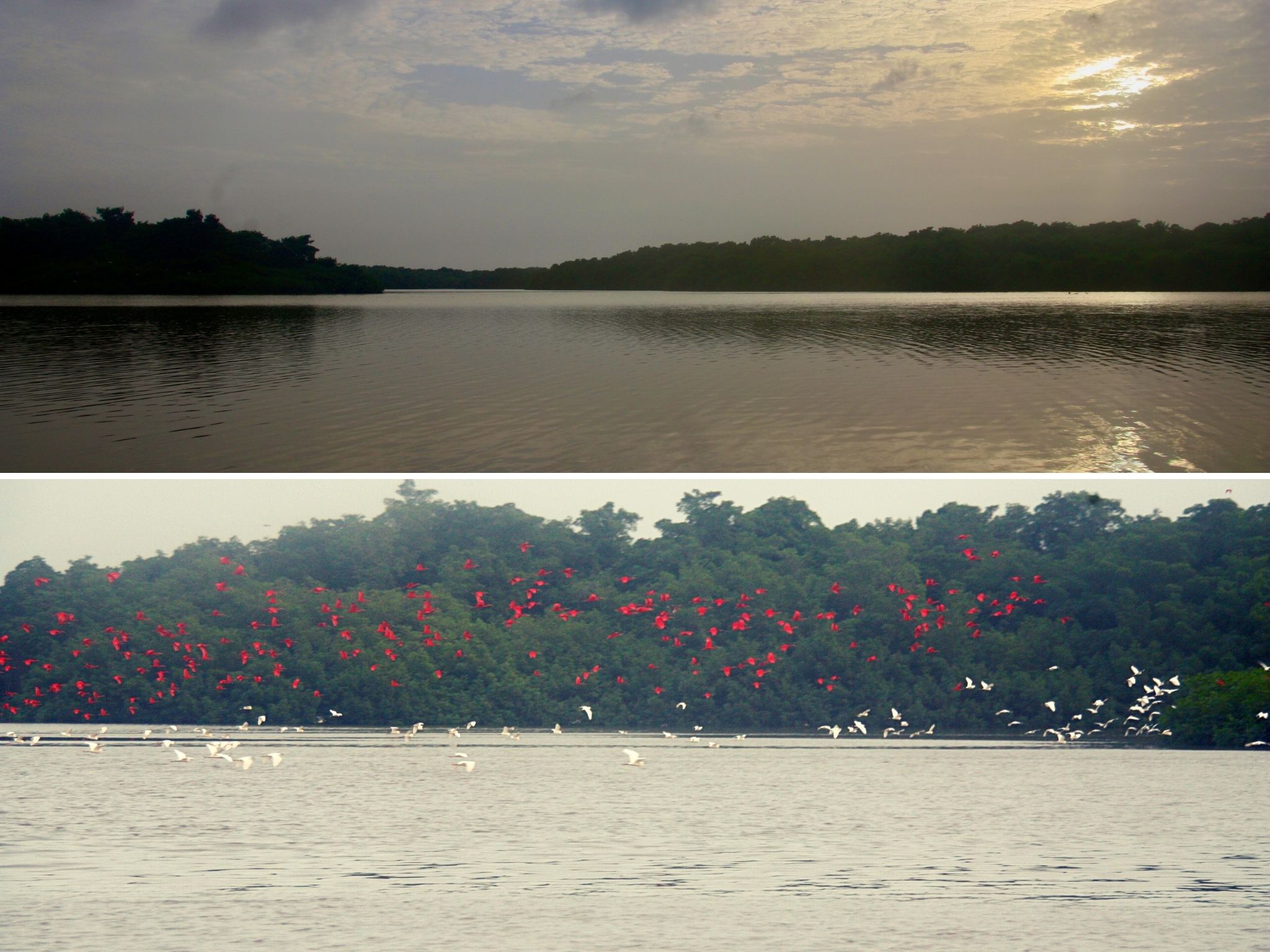 Trinidad's Caroni Swamp at dusk, when its bird life, most notably the Scarlet Ibis, comes home to roost. Photos by Janine Mendes-Franco, used with permission.

With its substantial estuarine mangrove system, the Caroni Swamp, which borders the Gulf of Paria on Trinidad's western coast, is one of the island's two designated Ramsar sites. The second is the mainly freshwater Nariva Swamp, located on the eastern coast. (Tobago's Buccoo Reef is the country's third Ramsar site.)

Not only do wetlands like these purify water and protect the coastline from erosion, as well as the ill effects of storms and flooding, they are also wonderful locations for eco-tourism and environmental education. 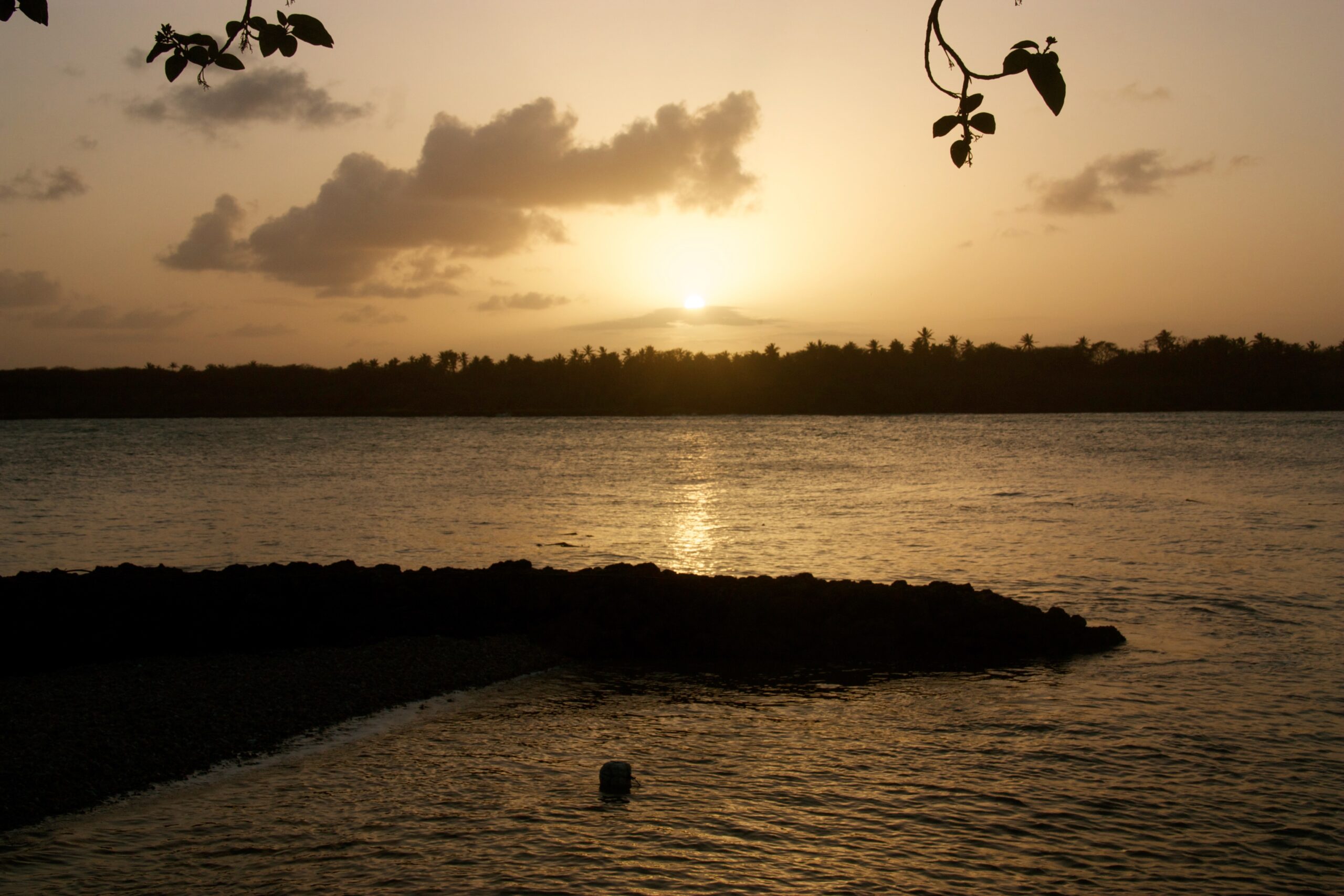 This picturesque lagoon, located within the Tobago Plantations resort, has a thick area of mangrove through which a boardwalk has been constructed above the mangrove roots. The lagoon itself is a mix of fresh and salt water. 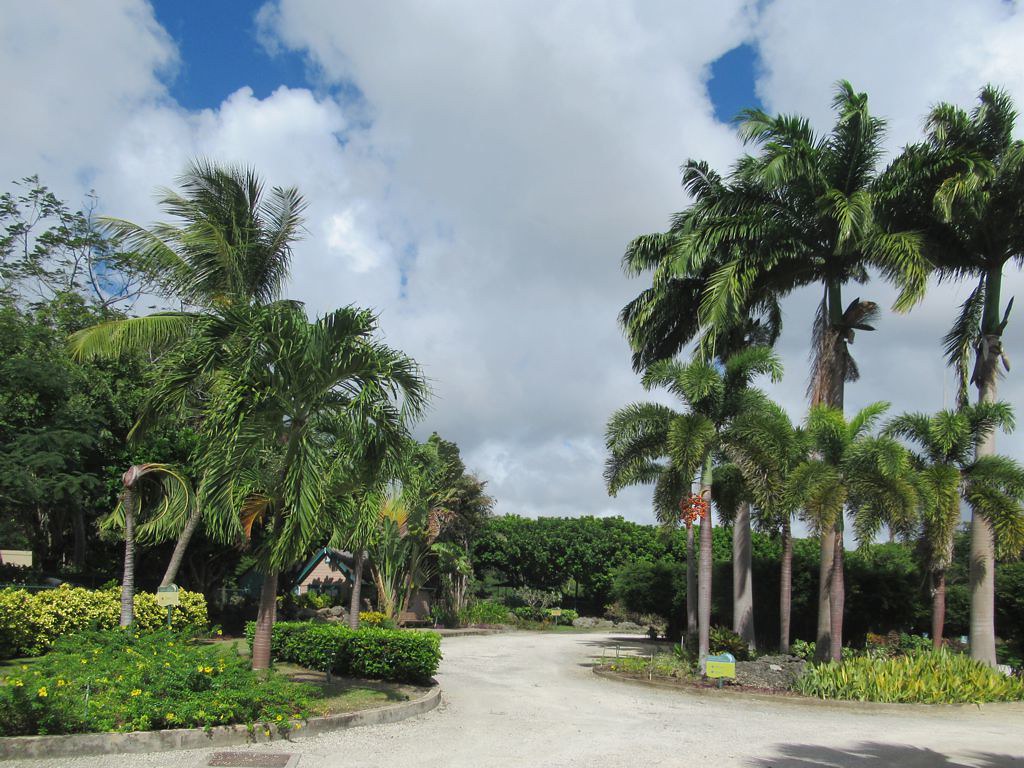 The Graeme Hall Nature Sanctuary contains the last major mangrove wetland in Barbados. A staging point for thousands of migratory birds, it was closed in 2019 due to a dispute with the Barbados government. Photo by David Stanley on Flickr, CC BY 2.0.

About a week prior to World Wetlands Day, an online petition was launched by a concerned group of Barbadians, who are advocating to “save Barbados’ last mangrove forest from being lost forever”. The petition seeks to garner public support for the declaration of Graeme Hall Swamp as an OS-2 Conservation Area. As at the time of publishing, the petition had secured close to 4,000 signatures. 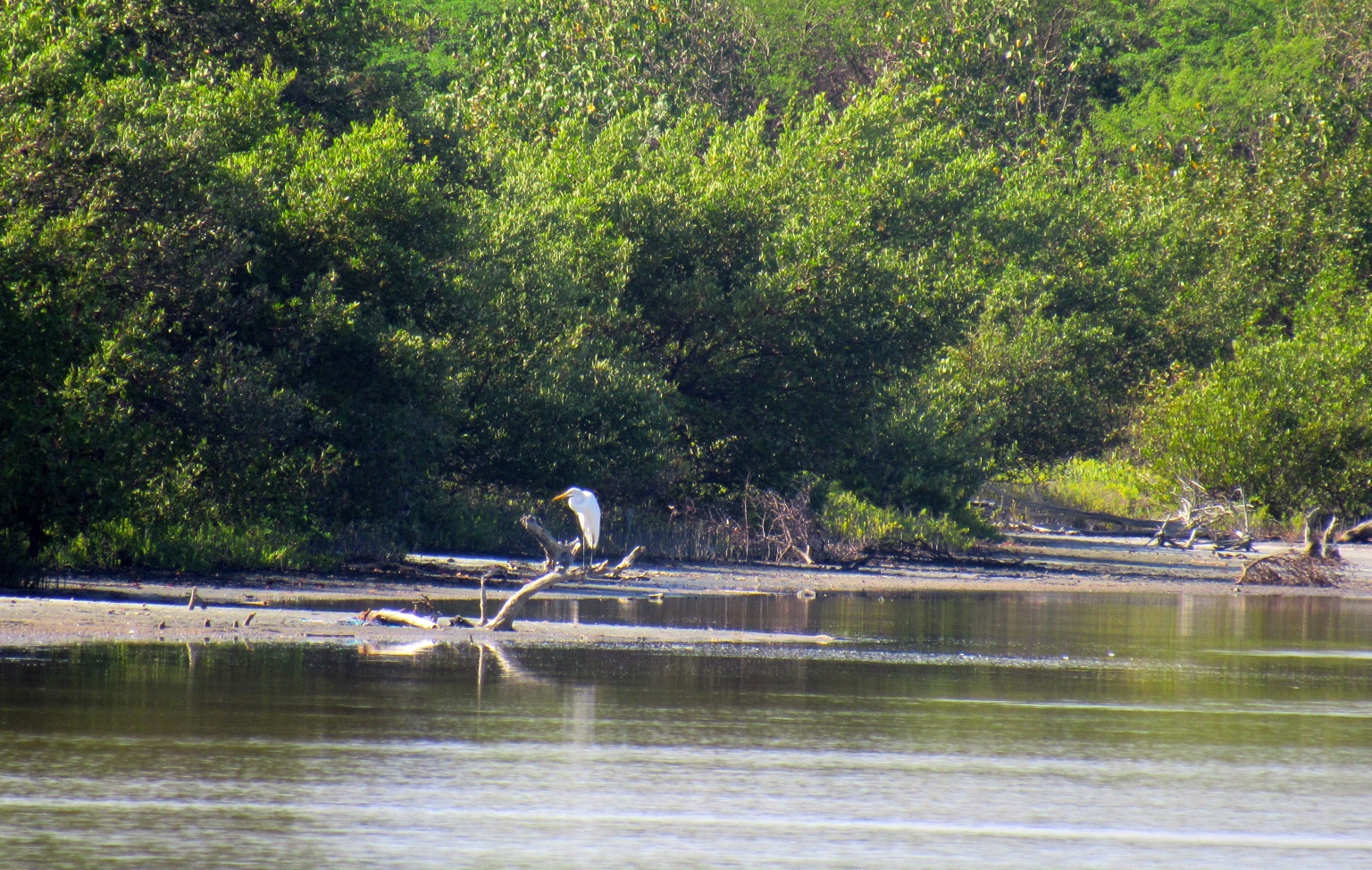 An egret at Yallahs Salt Pond in Jamaica. Photo by Emma Lewis, used with permission.

Some threats to regional wetlands include usurping of these ecologically sensitive areas for housing projects, tourism developments, and agriculture. The flora and fauna in many wetland areas are also in danger from the adverse effects of chemical run-off from pesticides and fertilisers. 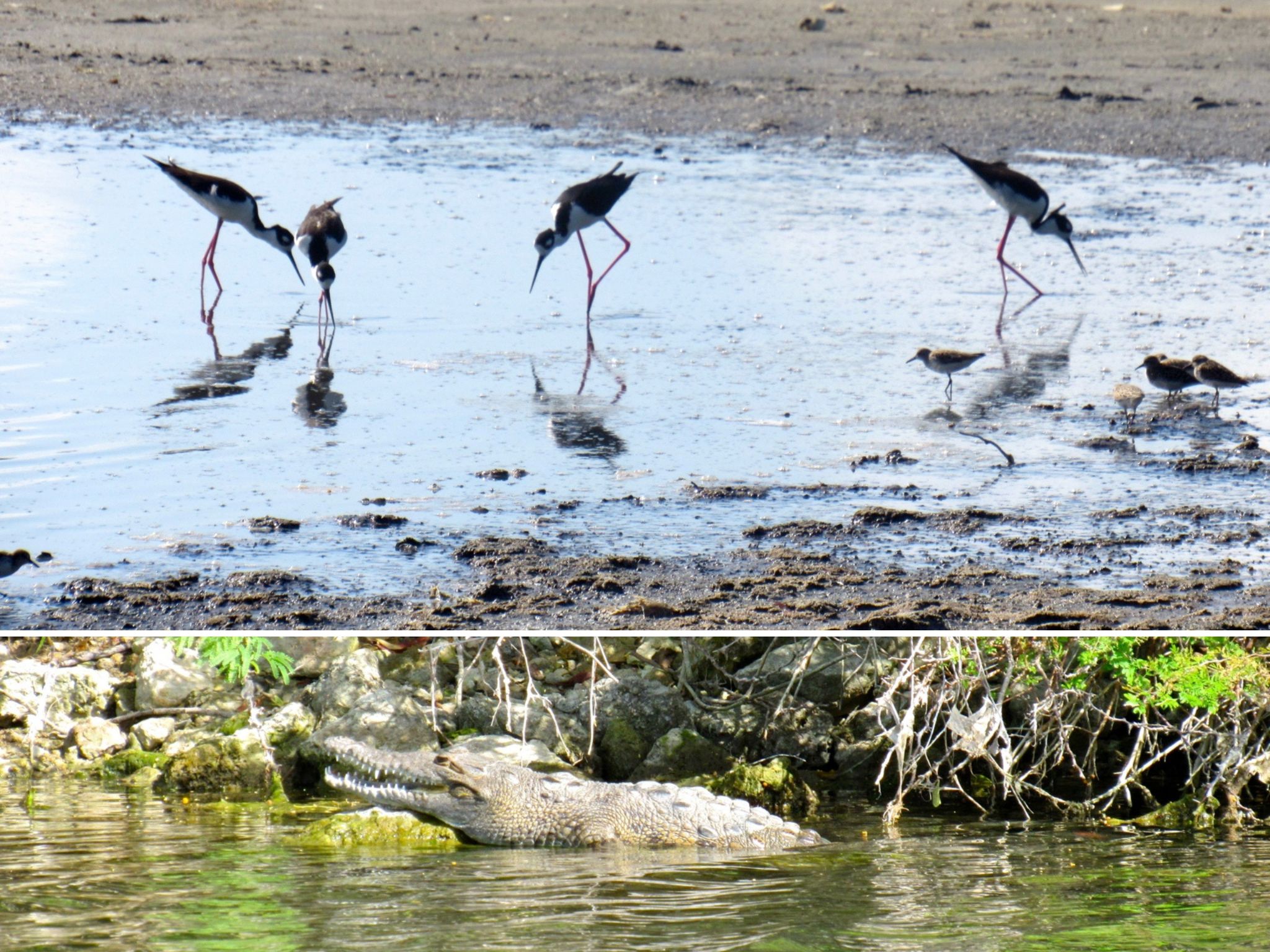 Shorebirds at Yallahs Salt Ponds and American Crocodile at Salt River, both in Jamaica. Photos by Emma Lewis, used with permission.

Wetlands are havens for biodiversity, including birds, reptiles, crabs, crocodiles, frogs, and oysters, all of which can be threatened by the presence of invasive species. 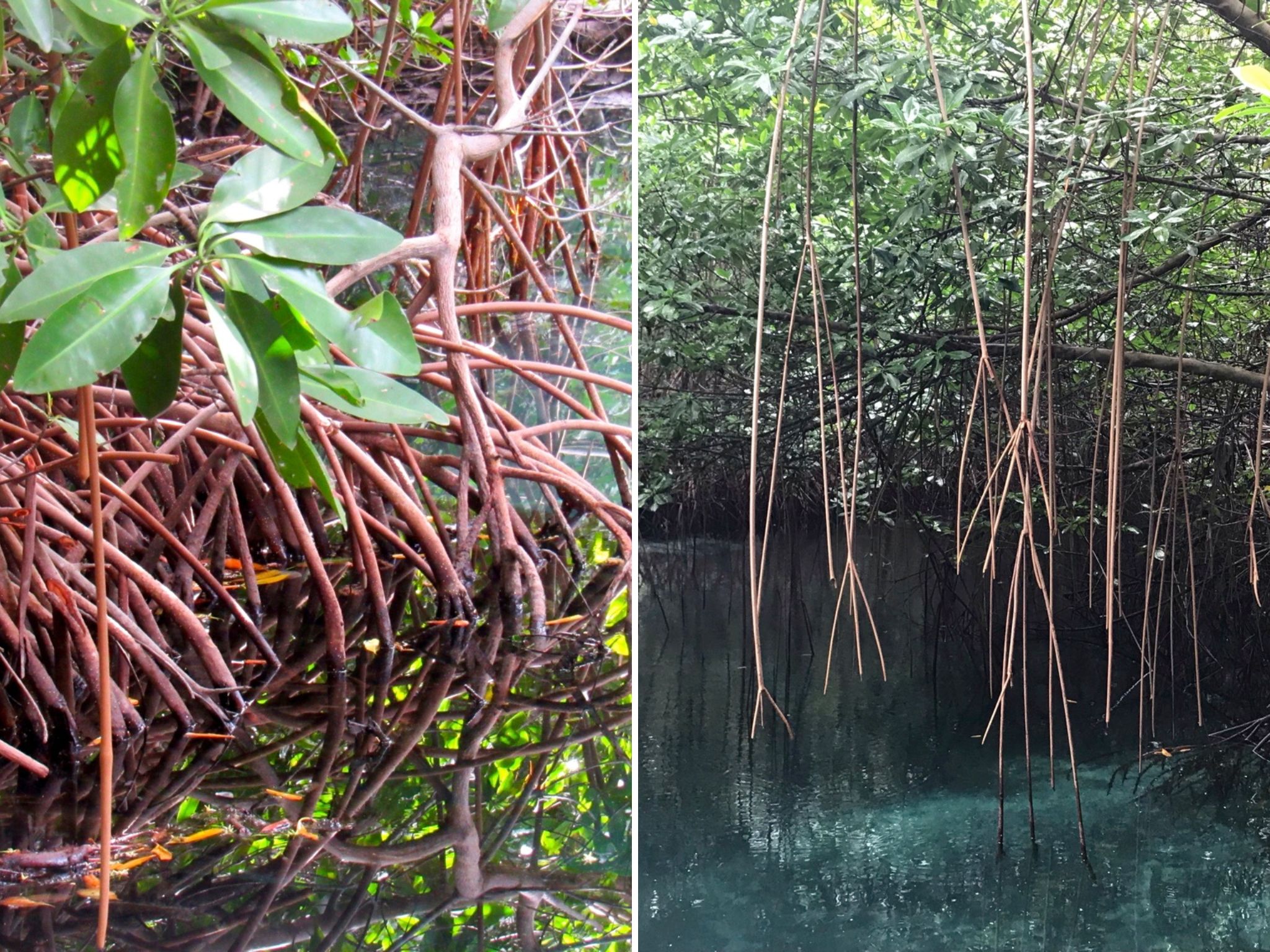 One of the most pressing challenges in Caribbean wetland conservation is pollution, especially in the form of solid waste, which can kill off entire areas of mangroves once tangled in their root system. Mangroves also serve as nurseries for young fish and other marine creatures. 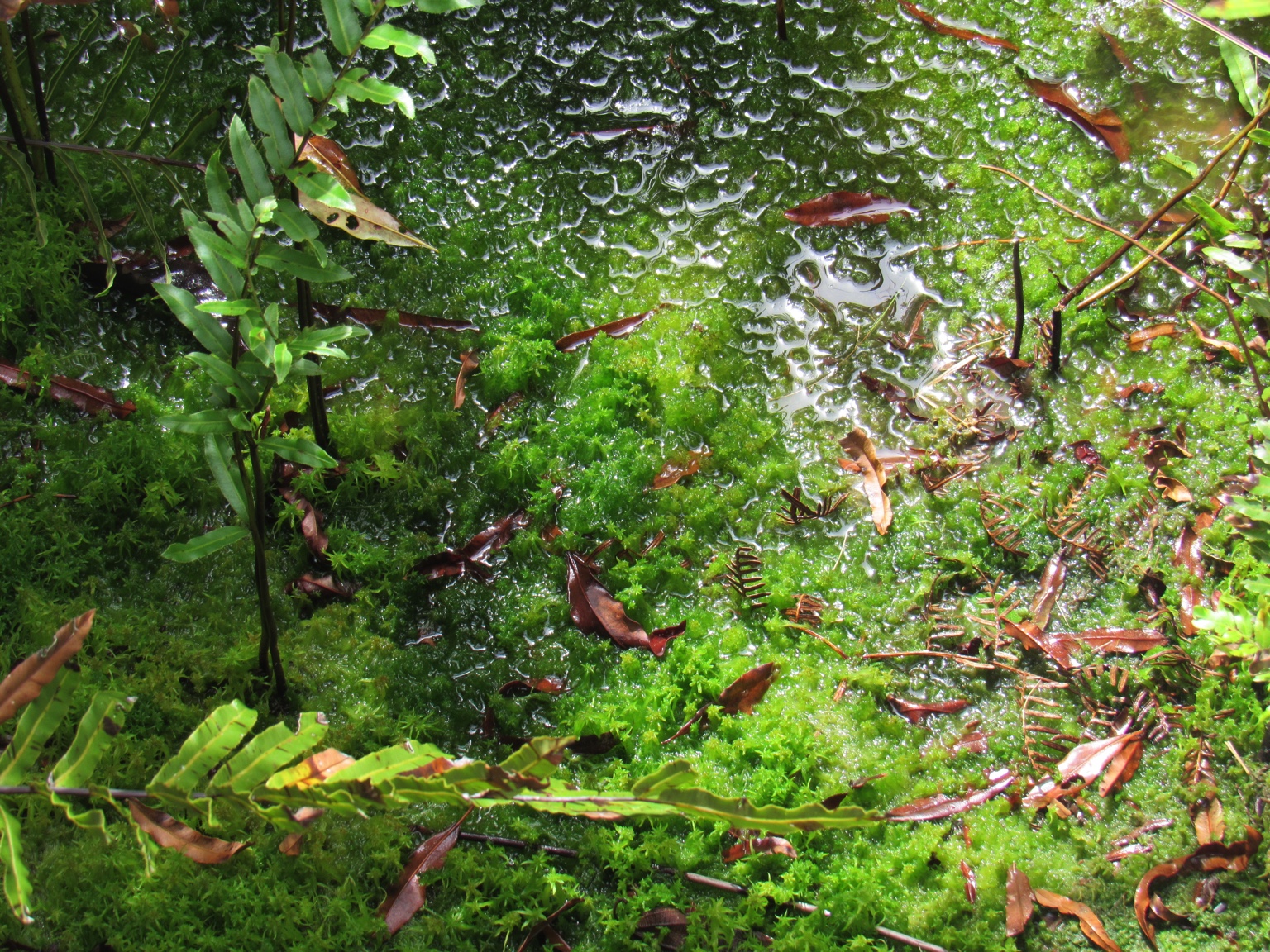 Wetlands in the Caribbean are quite diverse. Jamaica's only inland wetland (above), located in the hills of Clarendon at Mason River Protected Area is best described as a kind of peat bog, while those at Salt River (below), on the island's south coast, has more of a seaside feel. 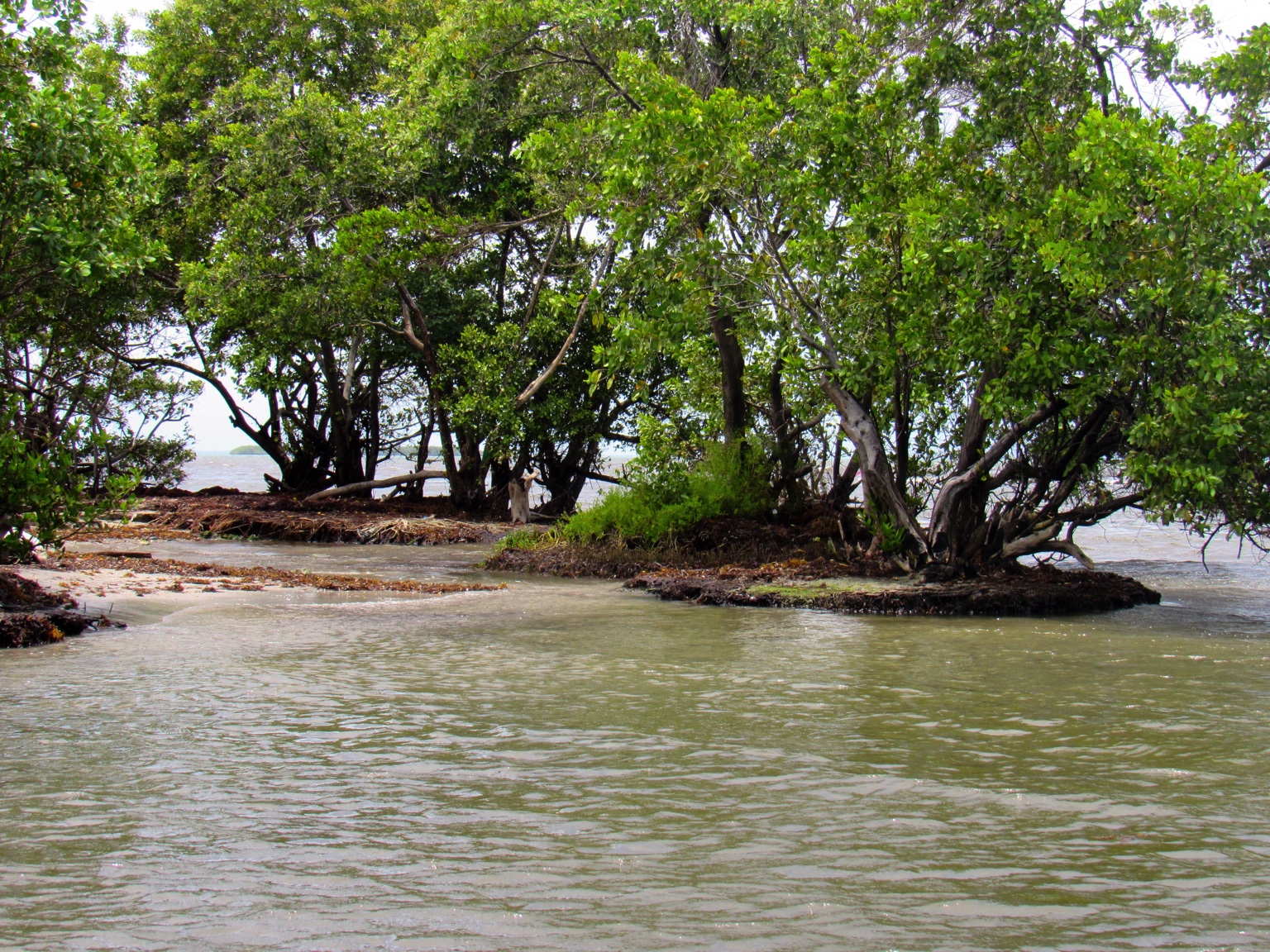 No matter where they are or what they look like, however, the message of World Wetlands Day 2022 is that wetlands deserve both our attention and protection.