From the Nyayo car to the Opibus, Kenya’s motor innovation and manufacturing history

Introducing the first electric bus designed and developed in Africa 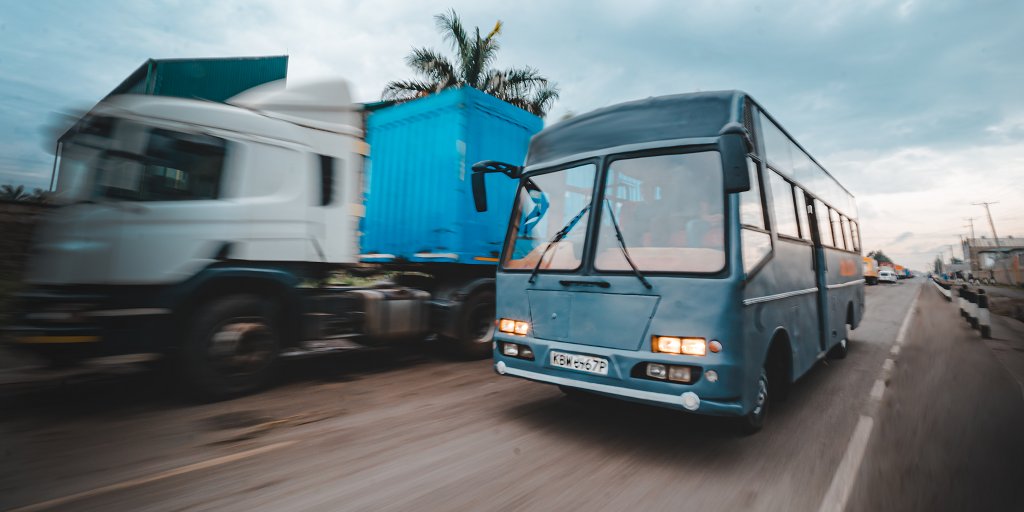 Opibus, a Swedish–Kenyan technology company, announced on January 19, 2022, it is beginning trial operations for the first-ever electric bus fully designed and developed in Africa. The all-electric vehicle was first introduced in Kenya, where the design and development were all done in-house by local engineering talent and using local manufacturing partners. The group will begin trial operations on the streets of Nairobi before mass production begins in late 2023.

We are proud to announce Kenya’s first-ever electric bus, completely designed and developed in Africa.

Leveraging local manufacturers and global suppliers we have built a vehicle tailored for the African public transport sector.

When it comes to industrial manufacturing, a car is seen as the ultimate portrayal of the level of industrial development in a country. But Opibus is hardly the first homegrown manufacturer to sprout in Kenya.

In 1986, the Kenyan government began a project to design and manufacture cars. The Nyayo car project, which was spearheaded by Kenya’s second president, Daniel Toroitich Arap, derived its name from his famous phrase “fuata nyayo,” Swahili for “follow the footsteps,” which earned him the nickname Nyayo.

This audacious project — Kenya’s first foray into motor vehicle manufacture and design — was spearheaded by researchers at the University of Nairobi. They created five prototypes, called the Pioneer Nyayo Cars. The vehicles, which could reach speeds of 120 km/h were never mass-produced to serve the domestic market as funds quickly dwindled forcing the project to be abandoned.

This project was inspired by Malaysia, which launched its first national car, the Proton Saga, on July 9, 1985, following a collaboration between the government of Malaysia and Mitsubishi Motors.

A luxury SUV made in Africa for Africa

The first prototype, Mobius I, is a rugged practical, stripped-down version of a luxury SUV, which was built by welders and mechanics from the country’s Jua Kali industry. Jua Kali (Swahili for “hot sun”) refers to the informal sector that comprises small-scale traders, craftspeople, and entrepreneurs.

Since then, the startup has manufactured the Mobius II (first and second generation) and the Mobius III based on the original Mobius I designs.

The Mobius II  (first generation) launched in October 2014. It was hailed as the most affordable new vehicle in Kenya with a retail price of about USD 8,800. Since its debut, it has yet to endear itself to the hearts of its target market; sentiments online have been a mixed bag with some even claiming that the vehicle is not really made in Kenya.

I recently tried the locally made Mobius and it’s a good hardy car. Let’s buy kenya to build kenya pic.twitter.com/0gbY35bb8M

A different Twitter user, Maureen, hailed the company for its achievement.

When the success stories of Kenya manufacturing industry are written Mobius motors kenya ltd will feature for being the first company to manufacture vehicles for the african market
#MadeInKenya pic.twitter.com/ffo4grDkcX

In March 2021, it was reported that the company is facings financial difficulties after the Kenyan Government’s revenue collection arm KRA made unreasonable tax demands.

More than 35 years after Kenya's first attempt at a locally built vehicle based on the Malaysian national car, the Proton Saga made its second debut in the Kenyan market in 2021 following a deal for local assembly by Simba Corp, an integrated business group with an interest in the motor vehicle industry. The Proton Saga is a saloon car that hopes to capture the market that has been dominated by second-hand imports from Japan.

Launching the car under the “Buy Kenya Build Kenya” government initiative to increase competitiveness and the consumption of locally produced goods and services, the manufacturer promises to make 6,000 vehicles.

It has become a favorite among sports betting companies and shopping malls as the ultimate giveaway for promotion winners.

Two years ago, Samuel Gatonye, a boda-boda (motorcycle) rider turned mechanic and a father of five launched his first tuk-tuk (rickshaw) which he had assembled out of scrap metal from his home garage.

Despite dropping out of school in grade seven, Gatonye now 47, began working on his first invention soon after. Sixteen years later, his first tuk-tuk model dubbed BJ-50 was launched at a local invention fair. The vehicle has a speed limit of 70 km/h and can carry seven passengers.

The inventor has since received immense support from both the county and national governments, ranging from vehicle orders and permits to training and an assembly plant as the model became christened the Laikipia BJ-50.

Despite Gatonye's tough road, his invention became the subject of discussion on social media as Kenyans trolled the BJ-50 for its design and color soon after it made its debut at the innovation fair in his home county of Laikipia.

Some, like Twitter user Kamau, pointed out some similarities between the government's support of the Nyayo car and the Laikipia BJ-50.

#uhurukenyatta is very keen to not only emulate all of #mois failures, but also raise the bars of those failures as well. This is an embarrassment. The Nyayo pioneer 1 car was much better. In 1986! Hii sio pombe, Kuna kitu watu huko serikali wanavuta Na Mapua #bj50 #laikipia pic.twitter.com/P9PzYRWQy0

This is not alcohol, there is something people in that government are smoking.

But, as noted by another Twitter user David Mugo, Mobius, unlike the BJ-50, has struggled to receive goodwill both from Kenyans and, more importantly, from the Kenyan Government.

Let's face the truth. Mobius is a Kenyan brand that deserves support and more PR than we are giving the Laikipia tuk tuks. Why isn't the government using Mobius? Did a politician try to force their way into shareholding and failed? Talk of Kenyan innovation, start here. pic.twitter.com/IOxPhjMa1Q

Last year, Gatonye's new assembly plant released a pick-up version of the BJ-50 to fill the demand for a low-cost and low-maintenance vehicle that can transport heavy goods.

19:57 Laikipia BJ-50 now has a tuk tuk version, it handles half a ton of load with alot of ease. Still trolling? Self belief can break barriers pic.twitter.com/l2UiYgEDi4 via @Laikipia_1

All the failed attempts at becoming a country that’s greatly advancing its industrial development aside, the Opibus has shepherded Kenya into a new league. With the first electric bus set to be launched commercially in the middle of this year, this is a major milestone as the continent seeks to develop homegrown and sustainable transport solutions.