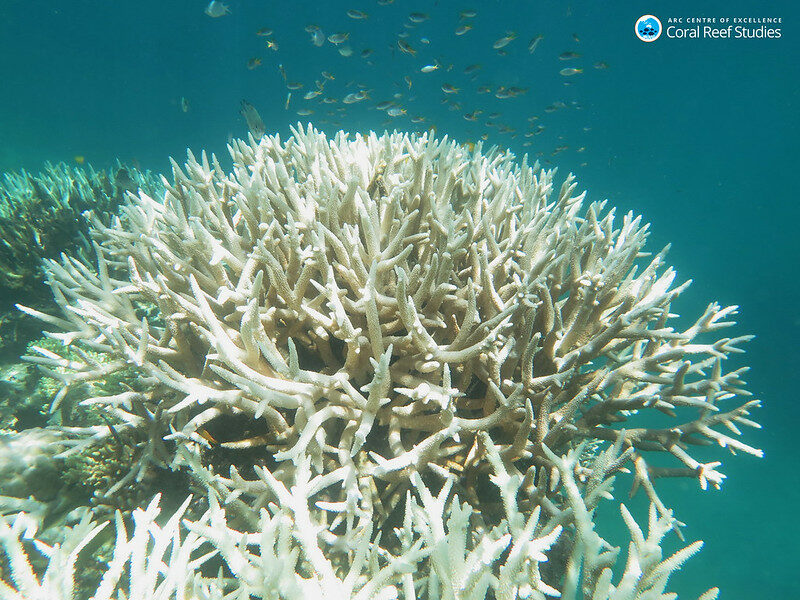 The Australian government has pledged AUD 1 billion (USD 710 million) to help save the Great Barrier Reef has left many local and overseas observers feeling distinctly “underwhelmed.”

In 2021 the reef faced the prospect of being classified as an “in danger” site by the World Heritage Committee of UNESCO (United Nations Educational, Scientific and Cultural Organization), and the Australian government was asked to take “accelerated action” on climate change to help preserve it.

Instead, UNESCO expects Australia to submit an update by February 2022, detailing how it plans to improve “water quality and land management” and promote “accelerated action at all possible levels …to address the threat from climate change.”

Until we see credible climate action, and the phasing out of fossil fuels like coal, oil and gas, this situation will worsen, not improve. The Great Barrier Reef is in danger, and trying to hide the facts won’t change a thing

On The Conversation, three scientists from James Cook University maintained that the UNESCO committee was just “simply kicking the can down the road.” They called for local, national as well as global action:

…it is important to expand efforts to reduce the locally manageable impacts, such as poor water quality, while rapidly accelerating action on climate change.

The future of the reef remains a political and environmental problem for the government, which faces re-election sometime in the first half of 2022.

The money will be spent over nine years, equaling about AUD 111 million per year. That represents three terms of government. Half will be spent on improving water quality, preventing erosion, bolstering land conditions, and reducing runoff of pesticides and nutrients. There are also funds to combat the invasive crown-of-thorns starfish, which is harming local ecosystems.

The funding is clearly meant to address the first aspect of the UNESCO World Heritage Committee recommendations. In a joint media release with environment minister Ley, Prime Minister Scott Morrison said that it was aimed at “building resilience,” a deliberate adoption of UNESCO's terminology.

However, Australia’s COP26 commitment on climate change may not be well received by UNESCO. The media release refers to “the deployment of new climate adaptation technology.” It does not directly mention the climate crisis and makes no further commitments to reducing carbon emissions. According to the Climate Change Performance Index, Australia currently ranks last out of 60 countries on its climate policies.

Many have welcomed the funding but expressed their reservations about the government’s lack of climate action.

David Hudspeth’s response on minister Ley’s Facebook page was typical of many responses on social media:

Good to see greater effort going into reef management but the greatest threat to the Great Barrier Reef is still climate change and we need greater commitment from the government on that front. We are running out of time to reduce emissions before warming exceeds the capacity of the reef to adapt. We need global targets in line with staying well under 2 degrees C which means the government needs to raise its 2030 emissions target of 26 to 28% to at least 50%. Failing to raise our commitments as the US and UK have done is undermining the vital international effort on climate. Please step up. https://www.barrierreef.org/the-reef/threats/climate-change

In contrast, Graham Young, self-styled classical liberal and editor of the Online Opinion website, took a very long view in dismissing human effects on the health of the reef:

What a boondoggle. $1,000,000,000 won't help the reef but it will help consultants to help themselves. The reef has survived for around half a billion years. Hubris to think it needs our help. https://t.co/bYcW70LEOo

Monique Ryan is running as a candidate against the current Federal Treasurer Josh Frydenberg at this year’s elections. Climate change is one of her priority campaign issues as this tweet clearly showed:

If this Government wanted to save the Great Barrier Reef, they would have acted years ago.

Climate change is the greatest threat to our reef and this Govt's climate targets are inadequate.

Given the upcoming election, many on social media were cynical about the government's motives:

It's actually nothing to do with saving the reef. It's about saving their political skins, pure and simple

Many Twitter users have seen the Morrison government's commitment to fossil fuels, especially coal and gas, as the central issue:

You know what would *really* help the Great Barrier Reef @sussanley?

Stopping your 116 new gas and coal mining projects in the pipeline 👇 and encouraging others to do the same (ie the IEA Net Zero pathway to limit warming and save GBR) @RNBreakfasthttps://t.co/K3pe86VnCz

Here's a picture of the #LNP‘s Great Barrier Reef policy to save you reading their spin and lies. pic.twitter.com/6VZwxUbqar

On January 28, scientists reported that Australia's Great Barrier Reef faced its highest temperatures ever in December 2021, warning that it could be on the verge of another mass bleaching. If a mass bleaching occurs, it would be the fourth such event since 2016. The in-danger classification may yet become a reality. The World Heritage Committee 45th session is in June 2022 and they will reconsider the Reef's classification based on Australia's environmental efforts.