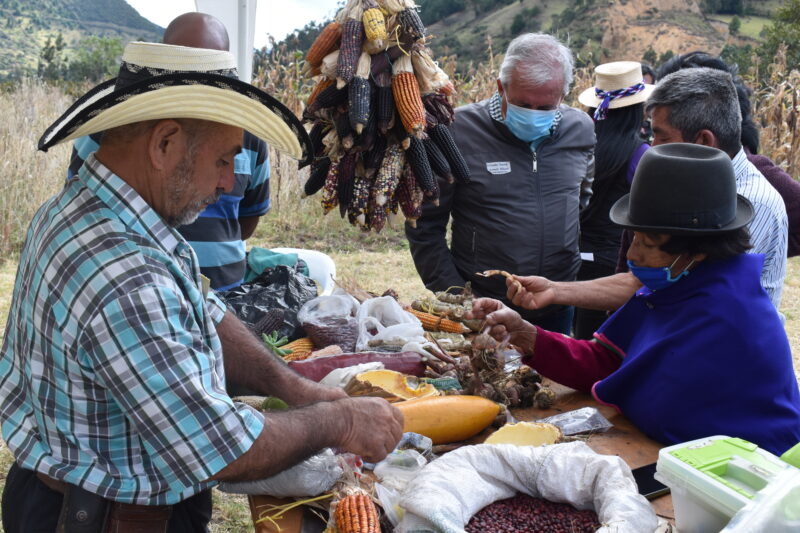 Solarte is a high school teacher and is part of a project called “Flavors and Knowledge” of the Polindara, which encourages the consumption of local foods such as arracacha tubers, sweet potatoes, and cacha beans.

For the Polindara, agroecology ensures the availability of healthy food for consumption, preserves its traditional production systems and ensures the conservation of biological diversity through its orchards.

In Colombia — a country that, due to imports, is increasingly losing its food sovereignty — the exchange of native seeds helps recover and preserve ancestral knowledge. It is also a form of peasant and Indigenous resistance that brings awareness about the importance of consuming food produced locally by farmers.

In Solarte's community, people plant small amounts of seeds that they also use to barter, rather than sell. In addition to contributing to community subsistence, “the knowledge of the seed that we collect relates to gastronomy, ethnobotany, and ethno-veterinary medicine, our own technology, and agriculture,” says Solarte.

There are two types of gardens in her community: the home garden located next to the house — where people plant medicinal plants and fruit trees (such as arracacha, sweet potato, and coriander), grown in small quantities for daily consumption throughout the year; and the cementera — an orchard that is cultivated once a year, where there are mixed crops of corn, beans, peas, potatoes and “ulluco.”

In September 2021, Solarte attended the seed exchange organized by the Las Delicias Botanical Garden association, led by the Indigenous Misak people in Silvia (Cauca). She believes in the need to preserve the seeds, explaining to Global Voices that “if the farmer does not consume or cannot sell the seed, then it is not planted and so it is lost together with the knowledge associated with the seed.” 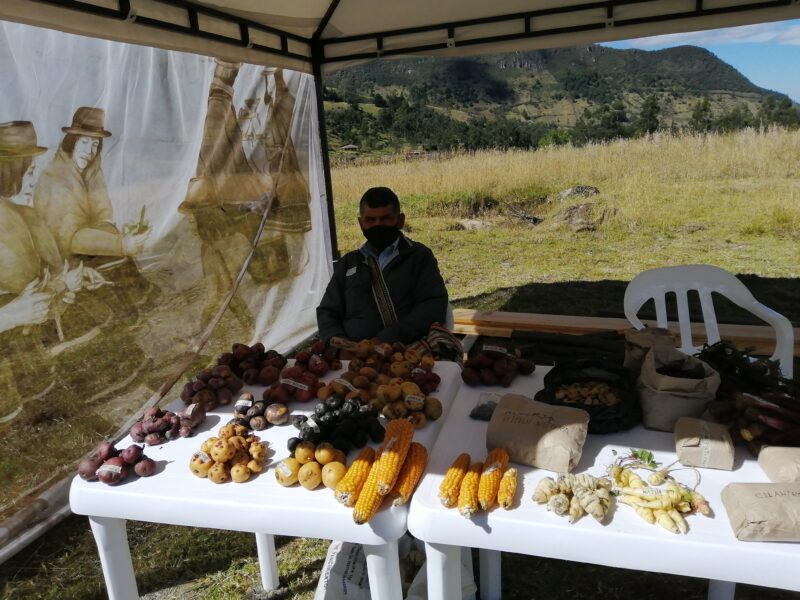 Different species of potatoes and corn, among other foods, are exchanged during bartering, seeking to recover traditional ways of consumption. Photo by Giovanna Landazabal, used with permission.

Solarte accepted the invitation of Giovanna Landazabal, a biologist from the National University and one of the collaborators and organizers of the event, who points out that one of the purposes of this meeting is to bring together organizations, guardians, and custodians of seeds in order for them to share their experiences related to their defense and preservation.

Another objective was to bring awareness about Las Delicias Botanical Garden, and about its own economy and governance project, the recovery of ancestral practices, and the defense of the territory. For this reason, one of the activities was visiting family orchards and the “house of seeds” (casa de las semillas), where diverse seeds are preserved. 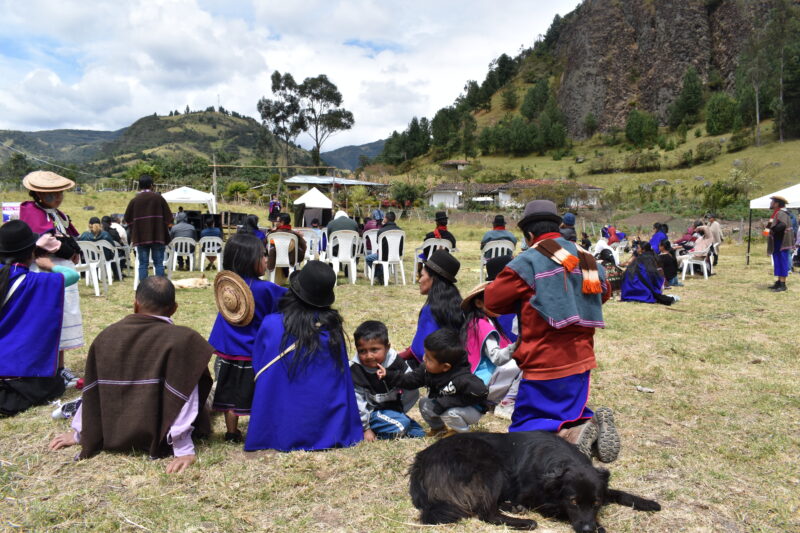 Misak people gathered for the exchange of seeds, which involves the ancestral knowledge that passes from generation to generation. Photo by Giovanna Landazabal, used with permission.

“It was important for seed custodian Julio Guauña from the Puracé seed house (Cauca) to participate in this meeting. He is a guardian who tries to conserve and recover native seeds, who brought about twelve varieties of potato. Some of which are also being preserved by seed guardian and Mama Misak Cayetana Almendra (…),” adds Landazabal.

With its seed house, the Botanical Garden aims to conserve the diversity of potatoes, recover ullucos, tubers, and other species that were consumed in the past and were important in the territory.

Clara Sierra, from the Ministry of Science, Technology, and Innovation, explains that her ministry develops the program “True Science for Local Development,” which recognizes and supports the projects of community organizations in the country.

“As the core of its strategy, the program emphasizes processes of Social Appropriation of Knowledge through Science, Technology, and Innovation. This strategy implies the articulation of local and ancestral knowledge with academic knowledge to generate new knowledge in specific contexts, thus fulfilling its objective to strengthen community management and development to achieve local change,” adds Sierra.

Sierra highlights that seed agroecology and conservation contribute to the food sovereignty of peoples and recover ancestral knowledge that guarantees the well-being of communities.

“Communities will prioritize the use of native seed which each time provides well-being. The exchange between communities and the adaptive benefits will highlight the efforts of the communities for defending the use of seeds in each territory,” emphasizes Sierra.