A pattern emerges from formerly-missing critics of China 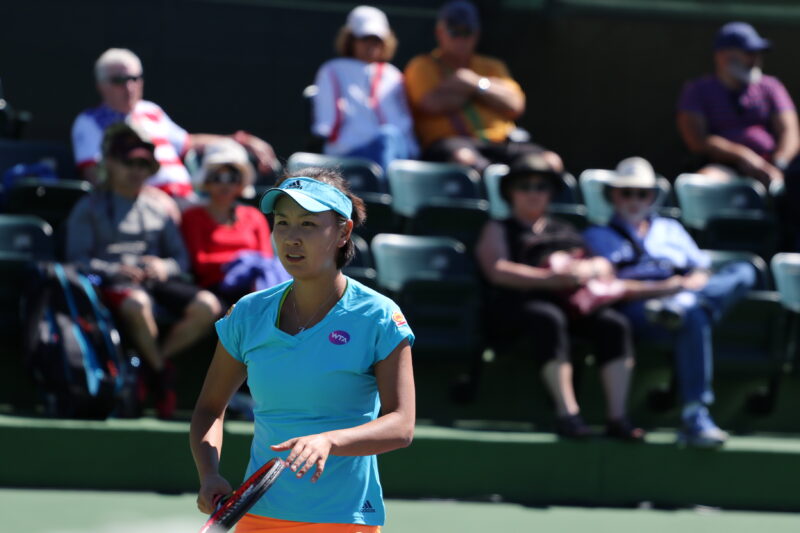 Tennis star Peng Shuai’s and Professor Gulnar Obul’s personal stories differ, but the course of their stories, especially the dramatic changes in their statements after reemerging in public, are quite similar. The similarity proves that Chinese citizens can mysteriously transform from captives into actors.

In November 2021, Peng Shuai went missing for 15 days after publishing a “negative” post about Zhang Gaoli, former vice-premier of China. According to screenshots of that post, the tennis champion accused Zhang of pressuring her into having sex at his home three years ago.

In September 2018, Gulnar Obul, a professor at Kashgar University in Xinjiang, went missing and disappeared from the university's website for two months after a negative interview with the magazine of the Beijing-based Economic Research Institute, in which she described China’s campaign of anti-religious extremism in the Uyghur region as “oversized,” and said that “It is … impossible to put all the problems [in the Xinjiang Uyghur Autonomous Region] into a large basket of extreme religious forces.”

As the Uyghur crackdown intensified, she was branded a “two-faced” Uyghur official and accused of publicly supporting Communist Party rule in the region while secretly chafing against state policies.

Before her disappearance, Peng Shuai said “… it doesn't matter if I’m hitting a rock with an egg or being a moth that flies towards the flame; I am telling the truth about what happened between us.”

Gulnar Obul also predicted possible punishments she could encounter in the future, stating, “Resisting ideas with weapons, not ideas, is not only a sign of weakness but a sign of savagery.” As she predicted, she was taken to a camp with a black hood over her head in September 2018. Radio Free Asia investigated Gulnar’s fate, and a university official said she was “one of the four professors detained three weeks ago [who were] accused of being two-faced.” 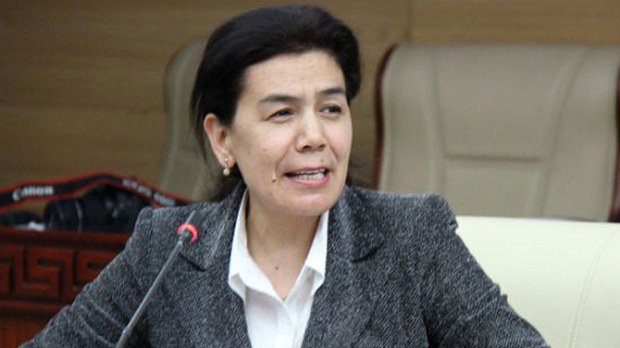 Gulnar Obul in Kashgar, in an undated photo from Radio Free Asia, used with permission.

When speaking at a press conference on February 1, 2021, held by the regional government of the Xinjiang Uyghur Autonomous Region, Gulnar Obul stated that she had not been in captivity and that separatists were fabricating rumors to blackmail China.

Just as Gulnar Obul reappeared in public on television dismissing claims of her detention, Peng Shuai suddenly appeared on television after her disappearance was discovered by international media and the Woman’s Tennis Association reacted.

Peng Shuai also changed her words when speaking with Lianhe Zaabao, claiming that her social media post was a “misunderstanding” and that “It is [about] personal privacy, [and] there [should be] no distorted interpretation.”

Clearly, the story of Peng Shuai is moving in the same direction as that of Gulnar Obul. The world should not be surprised if Peng Shuai carries the torch in the front line at the ceremony prior to the Beijing Winter Olympics because after Gulnar Obul returned, she spoke at the 47th regular session of the Human Rights Council and peddled the Beijing-sponsored line claiming the Uyghurs in Xinjiang are “the happiest Muslims in the world.”

Peng Shuai is now denying the sexual assault she had previously claimed, stating, “Regarding the recent news released on the official website of the WTA, the content has not been confirmed or verified by myself, and it was released without my consent.” It should come as no surprise that individuals and organizations who care about Peng Shuai are being called “Western hostile forces that are jealous of China's development,” because this situation is similar to when Gulnar Obul spoke at various conferences, including on stage at the UN in June 2021, when she testified that “vocational training centers” are urgently needed to “eradicate religious extremism because overseas separatist forces like WUC are spreading [the] seeds of terrorism.” Despite her interview with the Economic Research Institute, Gulnar Obul has openly said, “Uyghurs themselves launched a campaign against religious extremism 70 years ago and succeeded. [They] do not need state intervention.”

The course of the stories shows that today's Gulnar Obul is tomorrow's Peng Shuai; Gulnar Obul’s reality is quickly becoming Peng Shuai’s reality. Peng Shuai may be promoted to an official position in the near future, as Gulnar was promoted to vice chairman of the Xinjiang Association for Science and Technology after being released.

But they both are no longer the original tennis star or professor on the stage; they are mere (political) actors. Who is speaking, is not Peng Shuai, nor Gulnar Obul, but China’s system. The message sounds like this: “Don’t cast doubt on our legitimacy; we will and should always continue to be on the shoulders of these innocent people.”