Reports indicate he may have accepted gifts in exchange for influence 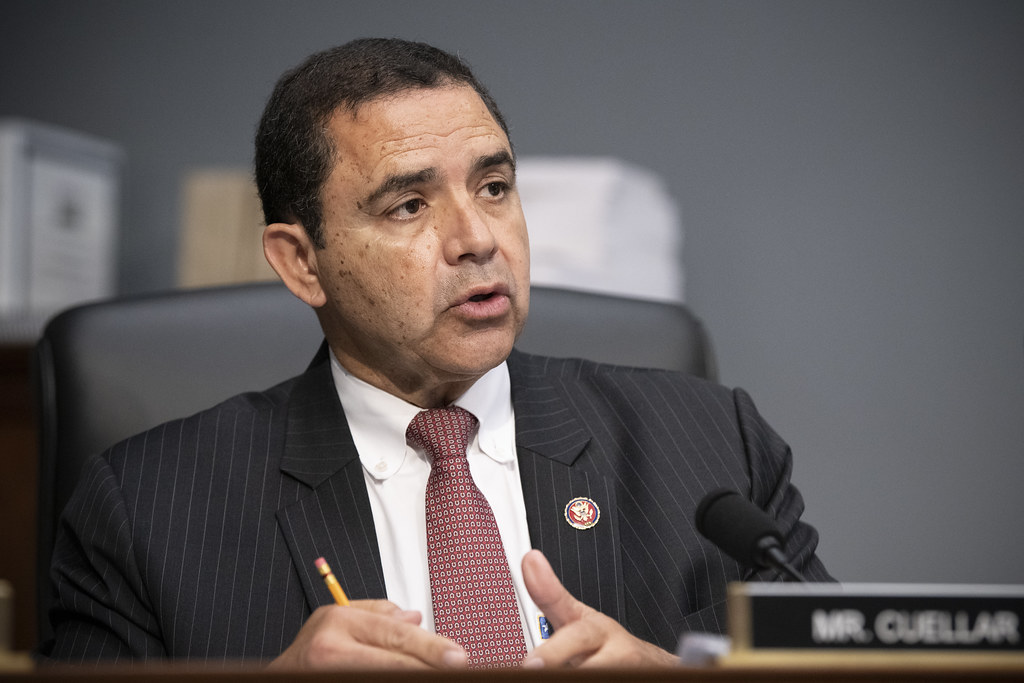 US congressman Henry Cuellar, a conservative Democrat from Texas is ensnared in a corruption investigation. “20200310-OSEC-LSC-0235” by USDAgov is licensed under CC PDM 1.0

An FBI search of US congressman Henry Cuellar's Texas home and campaign office on January 19 is the latest move in a corruption investigation against the congressperson, based on alleged shady dealings between Cuellar, a Turkish-American businessman, and Azerbaijani State Oil Company. Although the FBI declined to provide specifics of the probe, a series of subpoenas issued by a federal grand jury two days after the raid indicate that the investigation is connected to trips Cuellar's made to Azerbaijan in 2013 and his subsequent relationship with several Azerbaijani entities, including the state oil company and Azerbaijan Diplomatic Academy.

It begins in 2013 when 10 Comgressmembers and 32 staffers took an all-expenses-paid visit to Azerbaijan to attend the “U.S. – Azerbaijan: Vision for the Future” convention. As it later was reported, the trip was financed by Turkish-American businessman Kemal Öksüz who at the time ran two organizations — Turquoise Council of Americans and Eurasians and the Assembly of the Friends of Azerbaijan. Although Congressman Henry Cuellar, a conservative Democrat from Texas, did not attend that meeting, one of his staffers did.

A few months earlier, Cuellar and his wife, traveled to Azerbaijan and Turkey on a junket financed by the Turquoise Council of Americans and Eurasians. During that trip, Cuellar also met with representatives of the Azerbaijan State Oil Company (SOCAR) and had dinner with the company's executives.

Cueller's connection to Azerbaijan was not limited to that one trip. The Congressman also served as the co-chair on the Congressional Azerbaijan Caucus in recent years. In that capacity, Cuellar reportedly met with Azerbaijani officials, including Elin Suleymanov, the former Azerbaijani Ambassador to Washington who now serves as Ambassador to the United Kingdom. Since his 2013 trip, Cueller often praised the country at Congressional meetings, including a reception in honor of SOCAR. He was involved in a number of other initiatives including research and education on oil and gas which Cuellar's office announced in 2015.

It took two years, for the Office of Congressional Ethics committee to investigate the 2013 trip. The final report concluded, “TCAE (Turquiose Council of Americans and Eurasians) and AFAZ (Assembly of the Friends of Azerbaijan), both under the leadership of Kemal Öksüz, and relying on the financial resources and logistical support of SOCAR, acted as the organizers and sponsors for congressional participation in the trip to Azerbaijan.”

Öksüz was later charged by the grand jury for lying on five separate counts including for concealing “the true nature and extent of funding provided by SOCAR for the trip and Convention; making false statements to the Ethics Committee on a trip sponsor form and post-travel form.” The businessman was handed the indictment in April 2018. Oksuz was arrested the same year in Armenia.

In Turkey, Öksüz's name was linked to the Gülenist Terror Group (FETÖ) that the ruling Justice and Development Party (AKP) have blamed for orchestrating the failed military coup in 2016.

After Öksüz's arrest, Cuellar continued to promote Azerbaijan’s interests even as recently as 2020, according to an investigation by The Intercept. “Following the devastating Armenia-Azerbaijan War in 2020, fought over the disputed Nagorno-Karabakh region, Cuellar petitioned his congressional colleagues to ensure that any humanitarian aid for the conflict would be “provided through the Government of Azerbaijan or U.N. organizations and not given directly to Armenia,” reported The Intercept.

On Friday, January 21, ABC News reported that the federal grand jury in the Washington DC probe “has begun issuing subpoenas, seeking records about a wide array of US companies and advocacy organizations, many of them with ties to the former Soviet nation of Azerbaijan.”

The subpoena reviewed by ABC News is seeking, among other information, records related to Oksuz, SOCAR, the Azerbaijan Diplomatic Academy, and other entities that the Justice Department mentioned in its case against Oksuz.

Elin Suleymanov, who spoke to the Caspian Post spoke fondly of Congressman Cuellar. “Congressman Cuellar is a great friend, a personal friend. I have a deep respect for him. He is a man of great integrity,” Suleymanov reportedly told the outlet in a podcast interview. “I am personally grateful to Congressman Cuellar for his contribution to both the US-Azerbaijan Partnership, which was very valuable, and for promoting US interests in our region.”
Azerbaijan buying influence abroad through various lobbing attempts is not new. The investigations carried out by journalists across the world, including the Organized Crime and Corruption Project (OCCRP), attest to that.

THREAD: The FBI recently raided the home of a sitting U.S. congressman as part of a probe into Azerbaijani interests in the country.

This thread has a few examples👇https://t.co/LKIymZWrZW

In its most recent annual Corruption Perception Index, Transparency International ranked Azerbaijan 128 on a list of 180 countries. In the meantime, in a video Congressman Cuellar shared via his Twitter account on January 25, the Congressman said: “he took part in no wrongdoing.”