Jamaica has a historically fraught relationship with its Rastafarian community 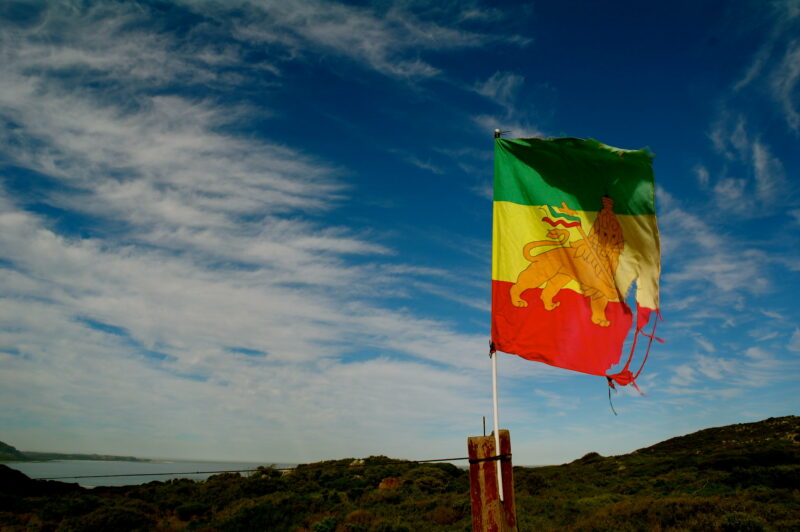 Photo of the Rastafarian flag by Corie Bidgood on Flickr, CC BY-SA 2.0.

Nearly six months after 19-year-old Jamaican nursing student Nzinga King alleged that a police officer had forcibly cut her dreadlocks at a rural police station, where she had been arrested for “disorderly conduct” – including not wearing a mask – during an altercation with a police officer on July 22, 2021, the investigation into the incident remains incomplete.

#JAMAICA: Ras Ivi Tafari, head of Cutting Edge Cultural Inity – a Rastafarian group based in Clarendon, says the Rastafarian community is disgusted by the alleged trimming of 19-year-old Nzinga King while in custody at the Four Paths Police Station on July 22. pic.twitter.com/EvunnDx3sj

Tired of waiting for justice, several social media users have been pressing for support for King, with one civil society group continuing to stir the pot. The Advocates Network, which focuses on issues of transparency, good governance and human rights, issued a press release criticising the delays in the investigation and noting that King's rights had been infringed during the “traumatic incident,” both as a woman and as a Rastafarian.

Jamaica has a historically fraught relationship with its Rastafarian community. In 1963, on the heels of a violent incident at a gas station in Montego Bay on Jamaica's north coast, there was a concerted and deliberate attack on the Rastafarian neighbourhood of Coral Gardens by the country's police and military forces, which lasted from April 11-13. Though exact numbers were never confirmed, it is estimated that as many as 150 community members were detained over the course of those three days, with many being physically abused and some even killed. In many instances, their dreadlocks, which hold special religious significance, were cut, so the practice has long been used as a means of domination.

Fifty-four years later, in an attempt to make amends for past wrongdoing, Prime Minister Andrew Holness offered an official apology for the attacks, along with promises that six lots of land at a property that holds historical importance to the country's Rastafarians would be declared as a protected heritage site, and that a trust fund worth slightly more than US $75,000 would be established for survivors of the attack.

The Advocates Network meanwhile, noting that Nzinga King is due to appear in court for the offence of violating the country's Disaster Risk Management Act on February 3 – even as the lack of accountability over the infringement of her own rights persists – suggests that old attitudes and systems may be more difficult to change:

Ms. King is symbolic of the ‘have nots;’ in Jamaica, who continue to be neglected and whose human rights are so often disregarded and abused.

Although investigations into the incident have reportedly been undertaken by the Jamaica Constabulary Force (JCF), the Independent Commission of Investigations (INDECOM) and the Office of the Public Defender (OPD), any outcomes have not been publicly shared, though on completion of its own investigations, INDECOM handed the case over to the Director of Public Prosecutions in December 2021.