Barbadians have 'spoken with one voice' 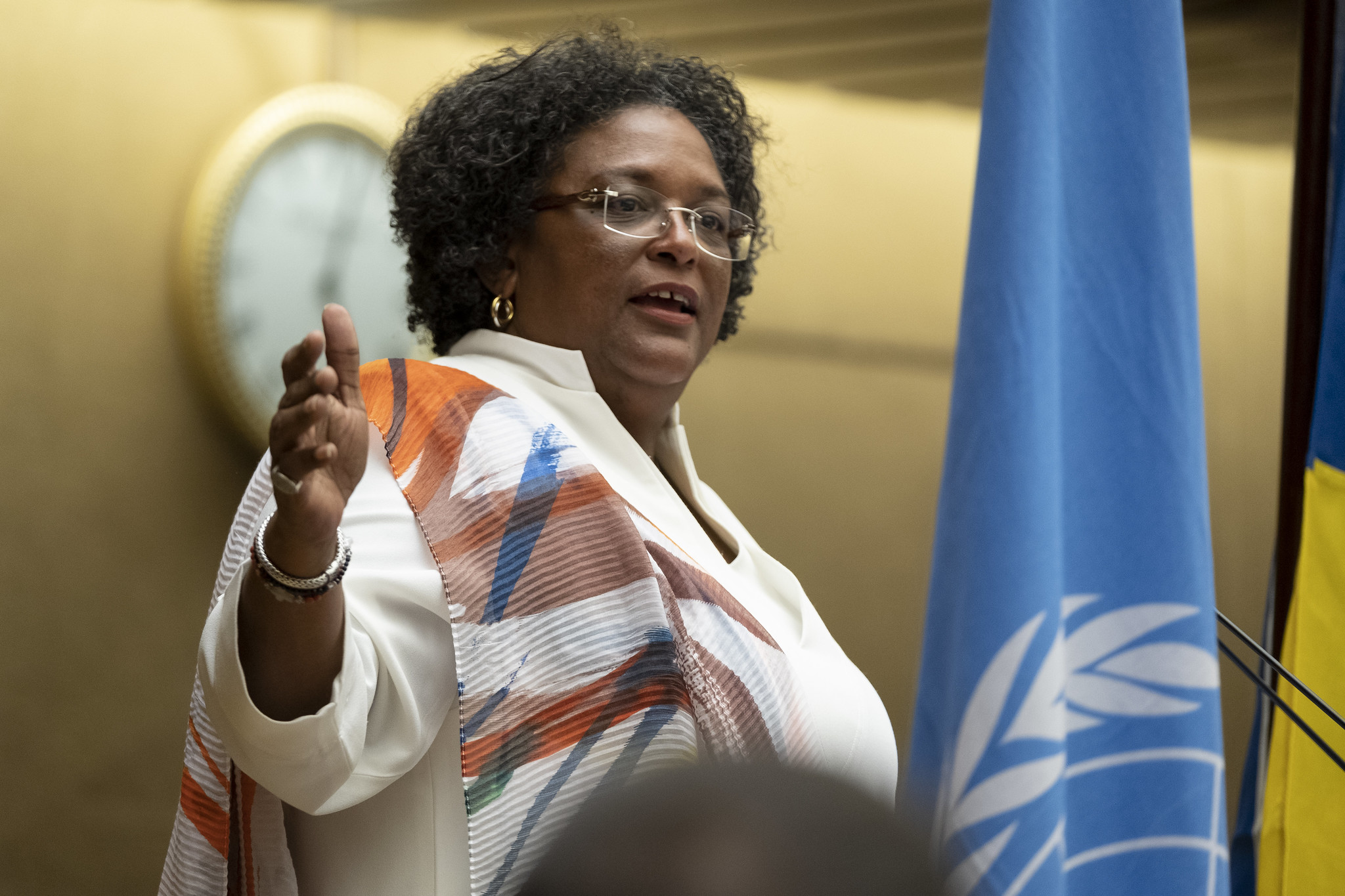 After Prime Minister Mia Mottley announced a snap election to be held on January 19, 2022 — a year and a half before it was constitutionally due — she was roundly criticised, perhaps most vocally by the opposition Democratic Labour Party (DLP), which called the move “alarming” to the country's democracy and an attempt by Mottley and her Barbados Labour Party (BLP) to consolidate power. In the wee hours of January 20, however, as the final results were tallied, it became startlingly evident that Mottley's gamble had paid off, with her party sailing to a definitive victory.

In a last-ditch attempt to stop the election, the first since Barbados officially became a republic on November 30, from taking place, one politician, Philip Catlyn of the Barbados Sovereignty Party (BSB) filed a court injunction (subsequently denied) contending that more than 5,000 COVID-19-positive members of the electorate would be unable to exercise their right to vote. Additionally, some candidates accused the Barbados Postal Service (BPS) of failing to deliver their election circulars.

The election went ahead as planned on January 19 with strict COVID protocols in place. As it turned out, in a population of just under 300,000, those alleged 5,000 votes may not have made much of a difference, especially since the main contender appeared to be struggling to connect with the electorate.

While the DLP dangled tax breaks and the regulation of bank fees as part of its election manifesto, Mottley was focused on long-term financial security, food security, housing and renewable energy projects. Her party, which had held 29 of a possible 30 legislative seats going into the election, emerged on the other side with all 30 constituencies under its belt.

Mia Mottley has been sworn in once again as Prime Minister of Barbados, following a projected whitewash victory in yesterday’s snap election.The swearing-in ceremony held today also saw Dale Marshall being sworn in as Attorney General.https://t.co/HDMP7RIKQ2

In her victory speech, Mottley made the point that power resides in the people and that she planned to prepare the country for the “serious challenges” it will face “in the next ten to 15 years.” Those challenges include the climate crisis, an issue she has been internationally vocal about. Mottley said her government will lead Barbados “first to safety and then to prosperity.”

Fellow regional politicians, including Jamaica's Lisa Hanna and Guyana's Bharrat Jagdeo, congratulated Mottley on her “decisive” and “resounding” re-election, while Guyana's president, Ifaan Ali, has been known to serve up a special treat to show his support.

On Twitter, social media users were also aware of the magnitude of her accomplishment:

We salute you; are forever grateful, and it's so inspirational to see Mia, as we Bajans affectionately call her, firmly and proudly seize the baton of progress in our national quest for greater and instinctive greatness!

Congratulations to
Primeminister Mia Mottley on being reelected for another term to lead Barbados 🇧🇧 Nuff respect Mia 👊🏾 !! You are not only a leader in the Caribbean, you are a traleblazing leader of the 🌎! pic.twitter.com/rgC6FvJYUD

However, one Jamaican queried:

As a Jamaican, I was interested to see Barbados Gen Election yesterday gave Mottley second term as PM.

But is it good for democracy if one party holds EVERY SINGLE seat with NO OPPOSITION for 2 elections in a row?https://t.co/mqrSLZbeFy

While another tempered his congratulations with a similar caution:

As it stands, Barbados does not have an official opposition, but as Mottley noted, its people have “spoken with one voice, decisively, unanimously and clearly.”