"Thank you for Nonte-Phonte, Handa-Bhonda, Batul the Great and much more." 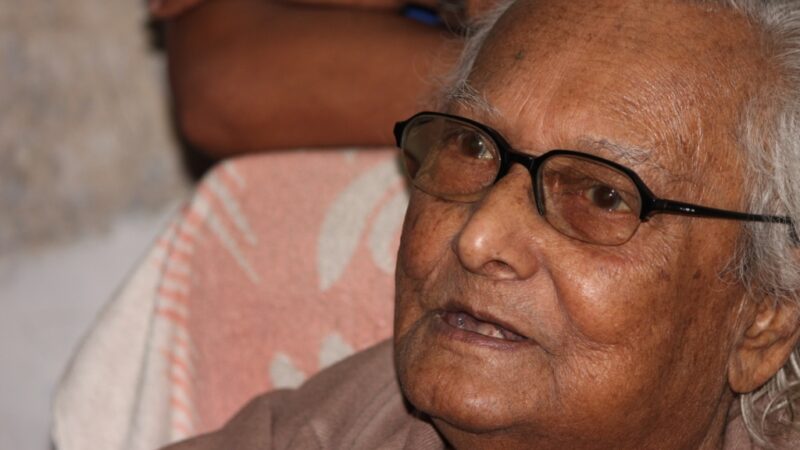 Indian comics artist, writer and illustrator Narayan Debnath was perhaps not known in the international arena but he is hailed as the father of Bengali language comic strips. His popular comic strips such as Handa Bhonda (1962), Bantul the Great (1965) and Nonte Phonte (1969) popularized Bengali comics and entertained Bengali speaking children and teens in India and Bangladesh for generations. On January 18, 2022, Debnath passed away at the age of 96 in a hospital in Kolkata after prolonged illness. His fans on social media are mourning this void in the world of Bengali comic strips.

Narayan Debnath, legendary creator of Bengali children's comics, passes away in Kolkata. He was 97. Thank you, Narayan Babu, for Nonte Phonte, Handa Bhonda, Batul the Great and much more. And for keeping the child in each one of us alive. #RIP pic.twitter.com/kaDLbcS5HK

Anyone who has grown up in the 70s or 80s in Kolkata has lived on Narayan Debnath. His characters are in each of us. With him gone each one of us have lost a part of our childhood. pic.twitter.com/iExeO2zG4g

Even before I could read, I would hold the Nonte Phonte comic books upside down and read out loud whatever I remembered from it, complete with sounds effects like ‘haha’ ‘hihi’ ‘khya khya’. Our neighbourhood hulo is called Keltuda.

Thank you for everything. #NarayanDebnath

Debnath was born in 1925 in Shibpur, Howrah, near Kolkata, the capital of the Indian state of West Bengal. During the Second World War, he studied fine arts at the Indian Art College but did not finish his studies. He started his career by freelancing for advertising agencies creating logos. During the 1950s he illustrated several children's books, including adventure novels and translation of international classic books for a major publishing house Dev Sahitya Kutir.

Handa Bhonda: His first comic strip Handa Bhonda started in 1962 in the Bengali children's monthly Shuktara, which is also published by Dev Sahitya Kutir. The story is about two young boys similar to the Laurel and Hardy characters. The skinny and mischievous Handa is always trying to get his bulky friend Bhonda in trouble, however, the humble Bhonda always emerges as the winner.

Handa Bhonda is the longest-running Bengali comic strip written by a solo writer-artist, and has been published for over five decades.

Here is an animated episode from the series:

Bantul the Great: Bantul (Batul) is the first Bengali comic strip superhero defending people from robbers and hooligans since 1965, and it also appears in the magazine Shuktara. The big-bodied character with strong muscles was influenced by Debnath's friend, the famous Bengali bodybuilder Manohar Aich. But Bantul didn't have superpowers yet. During the Bangladesh liberation war and the India-Pakistan War of 1971, the editors and publishers requested Debnath to make Bantul invincible. The character had an insanely powerful physique and bullets would bounce off him ever since.

Nonte Phonte: Nonte Phonte started to appear in children's monthly magazine Kishore Bharati in 1969. It is the fun-filled adventures of the two young boys Nonte and Fonte, who keep their boarding school superintendent on his toes.

Sandip Talukdar tried to translate a page from the Nonte and Fonte comics for international readers.

Tried my hand at translating one of the many comics created by #NarayanDebnath. First page: pic.twitter.com/RtX8yNb0pt

Patalchand the Magician (created in 1969), a young neighbourhood magician whose powers solve local problems; Bahadur Beral (created in 1982), a wonder cat who is too smart for his own good; Danpite Khadu aar tar Chemical Dadu (created in 1983), a Rick and Morty-like pair of a young boy and his scientist grandfather whose weird inventions form the crux of the stories; and Petuk Master Batuklal (created in 1984), the last of Debnath’s serialised creations, who is a gluttonous schoolteacher devising ways to steal food but is always stopped in his tracks by the students.

However, Twitter-user Vinod thinks that Debnath's most underrated character is Goyenda (detective) Kousik:

You may have heard of some famous creations by Narayan Debnath, like
Batul , Handa-Bhonda , Nonte-Phonte, Khandu, Bahadur Beral . But most underrated possibly is Kousik. A bio-mechanically enhanced super spy finds himself against megalomaniacs
Art- https://t.co/c4ERtRGWfm pic.twitter.com/nvPiJ3vfJ8

Most of his comic series have been published as books, and some of his works were televised and ran for decades. The Indian Institute of Cartoonists paid tribute to the more than six decades of his comic strip career:

IIC is very sad to inform you that the octogenarian comics artist Mr. Narayan Debnath, 97, just passed away. Padmashri award (2021) was recently presented to him at his residence. He has created 2000+ comics and illustrations over 60 years. Incredible achievement! Rest in peace. pic.twitter.com/NDbEd9wMOc

Narayan Debnath escapes to his heavenly abode with a treasure trove of childhood memories. #RIPNarayanDebnath pic.twitter.com/TmfiDl5m66

Journalist Soumyadipta Banerjee wonders whether the tradition of reading Bengali “comics” would continue:

Today's kids won't understand this brand of humour. They won't ever know the sheer joy of reading “comics”. I proudly belong to the last generation who thrived on comic books.
Narayan Debnath's cartoon characters were a big part of my childhood.
Farewell sir.
Om Shanti. pic.twitter.com/oy1WMlC0vV

Journalist Bihan Sen Gupta feels that the loss is personal:

A loss that feels personal. #NarayanDebnath was an inseparable part of childhood, quite like Lila Majumdar, for any Bengali kid. Long before we knew Hulk, we knew Batul; long before hostel life kicked in, Nonte-Fonte introduced us to that part of a fun-filled world :) pic.twitter.com/wrW7VedlOI

Narayan Debnath Will Be Remembered For His Creative Work, A Known Personality Here In Bangladesh To 90s Kids. A Tribute For Him At Gauri Sankar Lane, Kushtia.

Years Ago Members From Dhaka Comics Went To Meet Him At Kolkata . He Was Delighted To Know Love For His Work Here https://t.co/7iQ1rUK4wJ pic.twitter.com/YWFvUQ6HzI

Writer and scientist A. M. (@bhalomanush) opines that Debnath never got the accolades he deserved:

Narayan Debnath never got the accolades he deserved. First, because his creations were exclusively in Bangla. And second because he made comic books for children that were warm, relatable, and funny. Had they been edgy, literary, or political, he’d have been taken more seriously.

However, Debnath got some recognition in India. He received the Sahitya Akademi award in 2013 and also the Banga Bibhushan awarded by the Government of West Bengal, in the same year. He received an honorary D. Litt from Rabindra Bharati University in 2015.

Debnath was also awarded the Padma Sri, the fourth-highest civilian award of India in 2021, which he received in the hospital on January 13, 2022.

The fater of graphics literature in Bengal #NarayanDebnath, genius who didn't get his due acknowledgement.He gave us an entire galaxy of home bred heroes in an age when digital toots were non existence & went on creating🌟
Got #PadmaShriMedal in hospital🥺My childhood memories😌. pic.twitter.com/YG2rZgCS6o