Will I get to enjoy rain again in this lifetime? 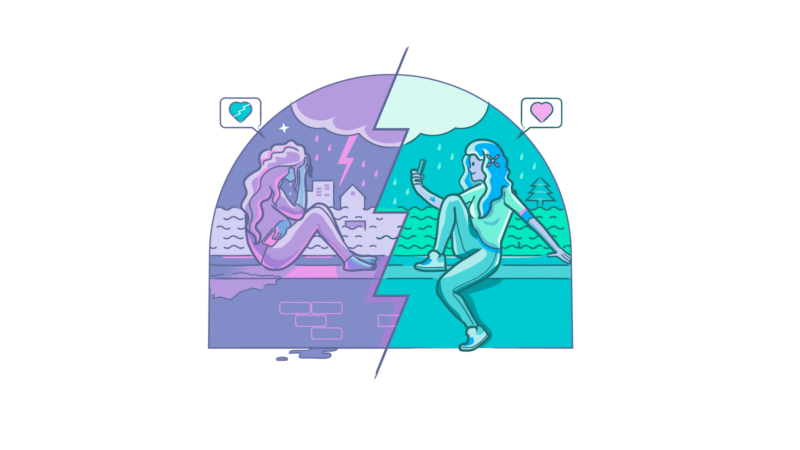 Illustration by Gustavo Brigante. Image via Unbias The News, used with permission.

This article was written by Zoya Anwer, edited by Zahra Salah Uddin and published originally in Unbias The News. An edited version is republished by Global Voices as part of a content-sharing agreement.

I was six years old and there was no electricity at our house.

We had heard in the news that a cyclone would be visiting Karachi, as rains lashed through our balcony, colliding with its edge from where we would often look onto the main road. The 2A Cyclone of 1999 in May, I later learned, affected more than 6,000 people in Pakistan’s Sindh province. But despite the endless rain, I wasn’t terrified because of the privilege of having loved ones around, and of course the city’s patron saint, Abdullah Shah Ghazi. It is generally believed by the residents of Karachi that his shrine, situated at the sea, saves the city from sea storms and diverts cyclones.

For someone whose worst fear is to get stranded in rain, I still do consume a lot of music and literary pieces which talk about its beauty and melancholy.

It is during the outpour that a very painful linguistic migration occurs: the Urdu word رحمت (rehmat: blessing) gets a nuqta (dot) on the first letter changing it from ray to zay (ر to ز ), transforming it to the word زحمت (zehmat: trouble/misery) reflecting the misery caused by the state's callousness and neglect.

Monsoons are a sign of a good crop and are celebrated in villages in different ways across Pakistan. Urban dwellers especially in Karachi, who didn’t receive any rain for long periods in the past, also feel a certain joy when dark clouds occupy the skies and rain pours down upon them. I used to be like that until an incident changed me permanently.

I can't stand the rain

Over the last few decades in Karachi, rains have caused havoc because of the city’s infrastructure, terrible drainage, and bad governance, to count a few reasons. Urban planner and architect, Arif Hasan has been addressing the problems with Karachi’s drainage system for a very long time but it seems that his pleas fall on deaf ears.

Karachi is perfectly defined by the word “sprawling” and is home to 18 million people, ranking as the third-most populous city in the world. Getting stranded in rain here is one of the worst experiences, with roads inundated with water, gutters overflowing, ready to swallow whoever steps into them, and the danger of live electrical wires. 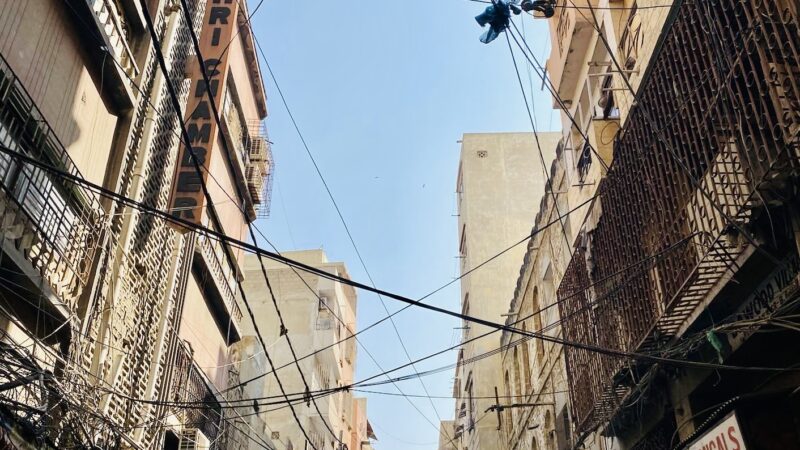 Until 2012, I knew very well that if I ever got stuck in rain, I would be able to get out because my father would eventually come and pick me up or there would be some alternatives available. He would be raging with his own anxiety in case I was out without a “purpose” like going to school, but I knew eventually I would reach the safety of my home.

His unexpected death in 2012 changed that forever because then I was absolutely on my own to deal with this ordeal.

Unlike in Western countries where issuing storm warnings is a usual practice, Karachi only receives one if there is a chance of a cyclone developing in the Arabian Sea, so relying solely on weather apps may not be the best way to go about life here.

It was just another hot and humid Karachi morning in September, and I was just getting done with my classes at the university. Around 1:00 p.m, it started to rain heavily, and the remaining classes were cancelled.

Within minutes, there was a lot of water on campus and getting to the main gate was a daunting task. Waiting was also not an option because the rain just wouldn’t stop. My friend accompanied me to the gate and from there I was supposed to take a chinqi (a six-seater motorbike vehicle) to a major stop and take another to the stop near my home. Because of rain, the chinqis weren’t operational, so I had to rely on a bus, except they, too, weren’t showing up.

One bus finally arrived and I got inside. Upon reaching the stop, I realized there was absolute chaos.

I was drenched, and being on the first day of my period added discomfort as I became more conscious of my clothes now sticking to my skin. Squinting to see through my spectacles, I attempted to make out the names of buses from afar as their bright colors merged to form an old painting.

Amid the confusion, a woman slipped and fell into the water on the road and people rushed to help her.

My anxiety increased and I started to race up the stairs of the tall, yellow pedestrian bridge in an attempt to figure out which bus I could take. As I reached the top, the grey clouds burst again with loud thunder which made me forget how to breathe. The missed calls on my small phone also made me worry incessantly as it became difficult to operate it in the rain.

Running from one end of the bridge to the other, I felt defeated and worried that I wouldn’t reach home that day. Some 20 minutes later I, fortunately, spotted one bus which I normally skipped but at such a time of crisis, was my best bet.

Finally, after getting off at the stop and taking a rickshaw charging way more than usual, I headed home on the submerged roads. I was just glad to have made it home, and I put my various books around the apartment to dry.

There is often a joke about Karachi that if it rains, the entire social media feeds of its residents is filled with pictures and videos of the rain and lightning illuminating the sky. However, not all areas in the city have the luxury to have an Instagrammable rain, with a steaming cup of chai in the foreground and hashtags like #blessed #finallyitrained #petrichor.

Most parts of the city end up in mayhem, and perhaps it is only a few whose privilege allows them to enjoy the rain without worrying about their homes being flooded, loved ones being stranded, or falling prey to live electrical wires.

That doesn’t mean that the less privileged do not look forward to rain or don’t enjoy it — they do. Their kids also jump in the rain, they also celebrate it in whatever ways they can, but more often than not their enjoyment is tainted by the misery the rain brings.

Will I get to enjoy rain again in this lifetime? Maybe yes and perhaps no.

I do smile when I hear people shout out from joy when it starts to rain, although it is often short-lived because soon enough they are doing whatever they must to save their homes, shops, vehicles, or just themselves from the pitter-patter.

Growing up, I saw the violent side of my city as well, but I was quickly able to heal the trauma it brought because I wasn’t up against Mother Nature. Now, as we see the reality of climate change before our eyes, and global warming no longer only limited to a term taught in school textbooks, I can see cities like Karachi drowning each year because they were never built nor prepared for heavy rains, and urban flooding is perhaps just the tip of the iceberg.