"Maybe we should try mailing them democracy and human rights..." 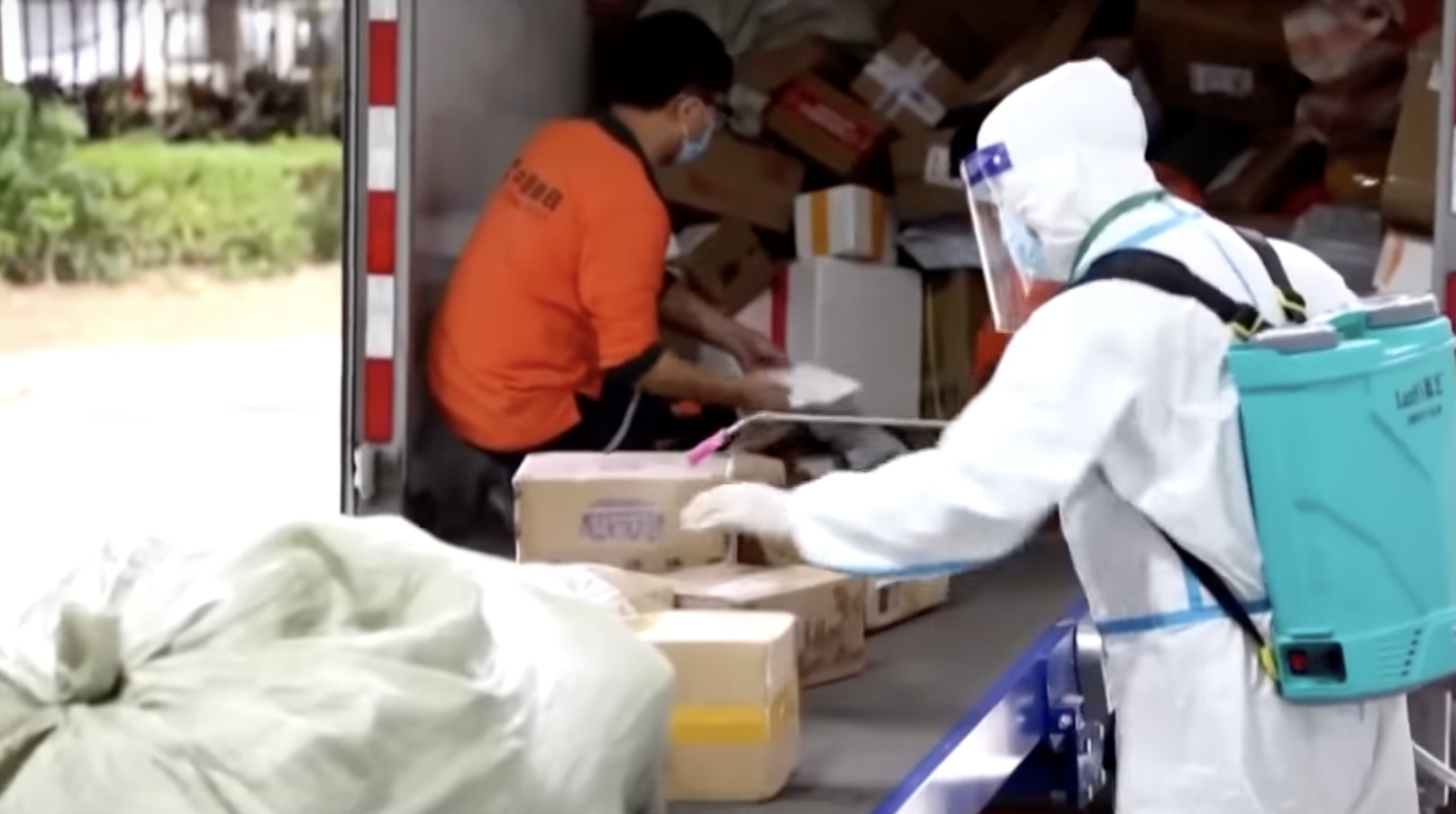 Beijing's Centre for Disease Prevention and Control (CDC) suggested on January 17, that the first locally-transmitted Omicron case found in Beijing could have entered the city through virus-contaminated mail sent from Canada on January 7.

A Beijing-based woman started developing symptoms and tested positive on January 13. She had not traveled during the 14-day incubation period and all her close contacts tested negative. Health officials could not identify how she was infected and suggested a letter she received from Canada on January 11 might be the source of the infection.

Pang Xinghuo, deputy director of Beijing CDC said that samples collected from the letter had traces of the Omicron variant, leading authorities to “not rule out the possibility that the person was infected through contacting an object overseas.”

The letter had traveled from Toronto through the United States and Hong Kong before it reached Beijing. Among the eight people who came into contact with the letter during its transport within China, only the recipient was tested positive, according to Pang. A mail sorting bay in Beijing. Under China's zero-COVID policy, international mail is disinfected before distributing in China. Screenshot from Reuters’ YouTube channel.

Based on this assumption, the Chinese health authorities and state-owned China Central Television urged the public to reduce importing goods and receiving mail from overseas.

According to World Health Organization's investigations, since COVID-19 is an airborne virus, it's unlikely to be transmitted through objects. Generally, coronaviruses need a live animal or human host to multiply and survive and even if food or packaging contains traces of the virus, that doesn’t mean that the viral components are capable of causing infection.

This is not the first time China claimed that COVID was imported internationally through frozen food or objects. Last October, the health authorities claimed that two dock-workers in Qingdao were infected with the virus through contaminated food packaging, causing widespread concern over possible transmission via imported food. However, this is the first time letters from overseas are said to be contagious.

On Weibo, a majority of Chinese netizens believed in the health authorities’ investigation and expressed concern about the transmission of the virus through objects sent from overseas. But, some also raised doubts, such as:

The probability of transmission through objects is really low or else the coronaviruses would be spread all over China. Just imagine how much goods we import annually. How could we have sustained zero-COVID?

In fact, under the zero-COVID policy, all incoming international mail and packages have to be disinfected before they are distributed to their recipients.

On Twitter, many pointed out that it's more likely the letter recipient was already infected and spread the virus to her mail. @AndyRubin20 raised doubt about Beijing CDC’s dubious unscientific findings:

The vaccines are made from debris or fragments of virus and they have to be stored strictly under a certain temperature or the vaccines would not work. If paper can preserve the virus for four days and keep the virus active, why do we still need to freeze our vaccines?

Some pointed out that the conclusion made by the Chinese authorities was driven by political considerations rather than science. @Terryhoo for example said:

They have to blame foreign countries for this. If the case was discovered after the opening of the Winter Olympics, they would definitely blame the athletes from the imperialist US. Now they blame the mail. Officials have to be accountable for any local transmission cases [under the current policy], in order to protect themselves, they have to say the case came from overseas.

@colacode_0812, on the other hand, believed that the finding was to is an excuse to justify cracking down on online private trading business via the international postal system:

First, they came to the conclusion that the case was imported from overseas, then they had a met to decide the exact channel. This result implies that the online private trading business would be the next crackdown target.

Famous blogger @fangshimin joked the authorities might use this as an excuse to inspect international mails and packages:

All international mails have to be disinfected before being distributed in China. However, the current practice can only disinfect the surface. In the future, they might open up the package and conduct an inside-out disinfection to make sure that anti-China forces could not spread Omicron via the mail.

As for the English Twitter community, many found the Chinese explanation ludicrous. Canadian doctor David Jacobs is among those who poked fun at the news:

Maybe we should try mailing them democracy and human rights to see if we can spread that to them as well.#China #COVID19https://t.co/8t7gjblwqf