Amidst the prevalence of English podcasts,  a community of podcasters is emerging who are decidedly uninterested in the Western gaze. 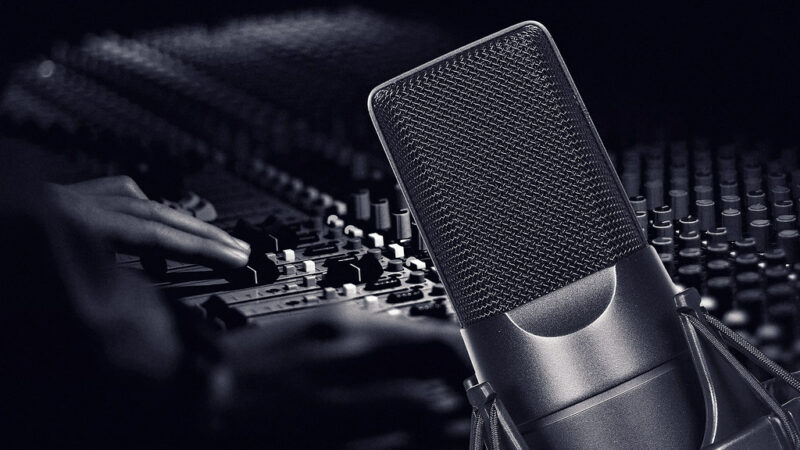 While podcasting as a storytelling medium has grown exponentially since its birth in the 2000s, its uptake and consumption in Africa has been slow. Hampered by high data costs and an ever-increasing digital divide on the part of the listeners in a continent where internet access remains a privilege, the journey for African podcasters has been arduous as many seek to join this contemporary revival of oral storytelling traditions.

Production costs which can range anywhere between USD 60–100 per episode are still prohibitive in most African countries, not to mention unreliable electricity supplies. Most podcasters often have to bootstrap, by sourcing funding either from their day jobs or personal savings, until they can reach a certain listener threshold where advertising becomes a viable sustainability model. For most, that critical mass of consistent listeners has remained a mirage in a desert. Many have tried to achieve it, but most have grown weary looking for an oasis.

Whereas five years ago, there were only a handful of African Voices in the global podcasting space, in the last two years alone, podcasting in the African continent has seen phenomenal growth as a result of the COVID-19 pandemic. The pandemic forced citizens to stay home, which in turn saw a huge surge in data traffic as many broadened their digital consumption pallet. Many data providers as well as tech companies across the continent either zero-rated their services or found ways to make their facilities more accessible.

South Africa, Nigeria, and Kenya are the largest podcasting markets in both production and consumption. Kiswahili — a Bantu language spoken by over 80 million people in East and Central Africa has become one of the most used and recognized African languages. Just last year, UNESCO declared July 7th World Kiswahili Day. That notwithstanding, its use among podcasters still pales in comparison to English

Yet, in a continent with 1.3 billion people, 54 countries, and over 1,500 languages, when it comes to language, English is the dominant choice for many African podcasters due to its broad appeal at both a continental and global level.  So, who are the podcasts targetting if more than half of Africa’s population does not speak English?

Languages that are widely spoken on the continent are Swahili, Arabic, Amharic, Yoruba, Zulu… We are starting to see quite a number of them popping up – this is an expectation we have of the future of the podcasting industry, is that we will have many languages, an uninhibited by the language barrier.

Podcasters uninterested in the Western gaze

Amidst the prevalence of English podcasts,  a community of podcasters is emerging who are decidedly uninterested in the Western gaze. Looking beyond language as a barrier, they instead, have seen the potential of this medium to amplify the voices of everyday Africans and the power it gives to counter dominant public narratives.

Some of the most active and widely listened to non-English podcasts include: Swahili Program, America Swahili News, NHK World Radio Japan, SBS Swahili, Adventist World Radio (AWR), Swahili Radio Sermon, Back 2 basics, Salama Na and Africa & Beyond which also incorporates English with Kinyarwanda translations. Though the list is by no means exhaustive, it points to the lack of variety in the type of content available to Swahili listeners with many of the podcasts being of religious or news nature.

Stoneface Bombaa, a Kenyan community organizer, and April Zhu, a journalist, created the podcast “Until Everyone is Free” about Pio Gama Pinto, a socialist Goan-Kenyan freedom fighter who was assassinated by the Kenyan government in 1965, two years after the country became independent.

Recorded in Sheng and Kiswahili, Zhu and Bombaa say that:

While recording the podcast, knew they were trading a ‘broad, global audience’ for the audience that mattered to them most: people who spoke Sheng and lived in areas where the language was spoken.

Shagz Chronicles, currently, in its fourth season, is also another Kenyan podcast whose hosts are language outliers. Hosted in Kikuyu — a Bantu language spoken as a first language by 6.6 million people in Kenya — the show's hosts, Wathiomo and Jehudi, tap into viewer nostalgia by sharing stories of their childhood adventures from rural Kenya in the 1990s.

Matire Ngemi is also another podcast from Kenya that uses Kikuyu and English to explore history, culture, and heritage.

There are also quite a few podcasts in the Yoruba language, with Adventist World Radio, Omoluabi, Ohun Anu, and The Yoruba Proverbs podcast being among the most recent and active.  UPGNRS and Pidgin Reviews are popular podcasts that use Pidgin language which is spoken throughout West and Central Africa. Pidgin borrows heavily from other local languages including Igbo and Yoruba.

Wolof Tech, a podcast hosted by El Hadji Ibrahima Diago discusses IT news and upcoming technologies in the Wolof language with French blurbs. As noted in his podcast profile,

For us Wolof is able to play a role of language of education and communication to access information and new technologies. 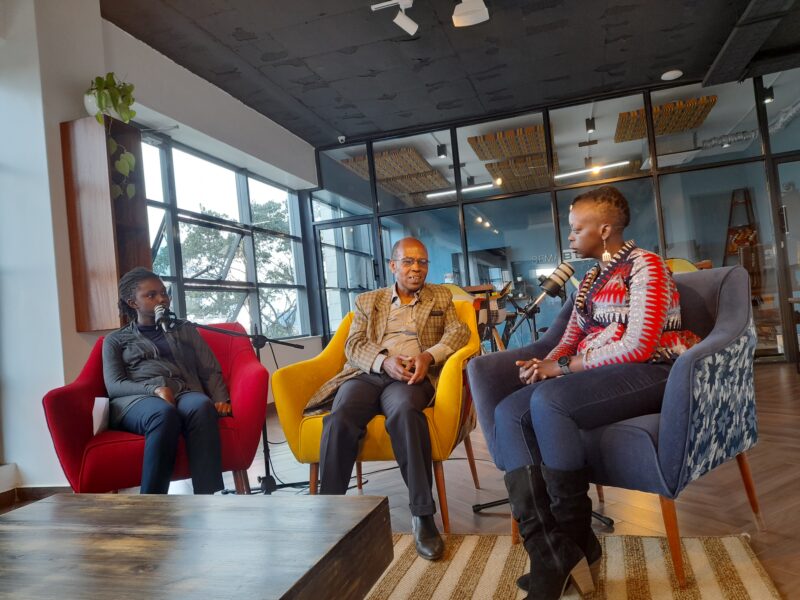 The writer during one of her recording for her podcast, The KenyanPoet's podcast. Photo used with permission

A majority of the podcasts recorded in Shona, isiZulu, Xhosa, and other major Southern African languages, are broadcast through IONO.FM — an audio hosting and distribution platform that provides one-stop solutions for radio stations and podcasters in South Africa. Some of the notable shows on the platform include 4IR Simplified, Jazzing With Dumza Maswana, Brazoville: A Podcast, and Ezomndeni

Discoverability for African podcasts, especially ones intended for local audiences, can be akin to finding a needle in a haystack. Homegrown online audio platforms such as Audiomack, Afripods, Ionofm, Africanpodcasts.com, and Africa Podfest provide services including audio hosting, distribution, audio live streaming, or listing services to podcasters. This will make it easier for local listeners to easily find relevant podcasts in their languages as is the case for IONOfm which has a languages page and a menu with a list of over 25 podcasts — 12 of which are presented in various African languages

Almost 60 percent of Africa’s population is under the age of 25, making Africa the world’s youngest continent, states Cities Alliance. Podcasts have an incredible potential on the African continent whose growing youth population of digital natives has a huge affinity to digital content and its ability to democratize entertainment. Many have shunned radio which they deem excessively conventional and rigid. In contrast, podcasts fit within their lifestyles where entertainment is based on convenience when it comes to who, where, when, and how to listen.