Kenya is a global running hotspot 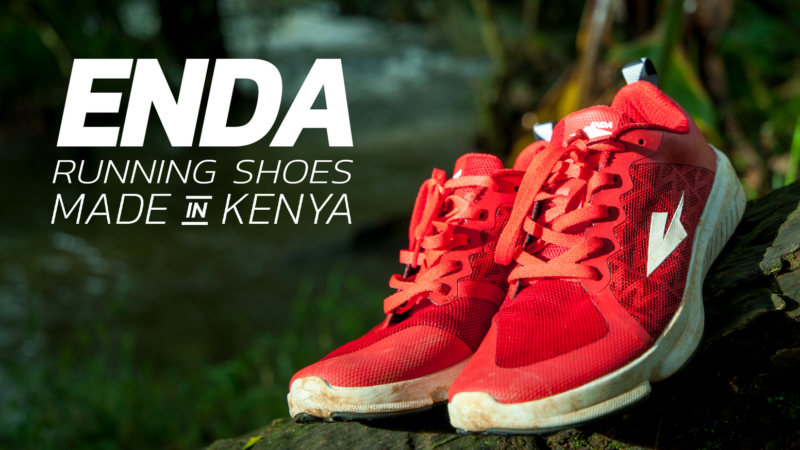 For a country famous for its successful long-distance runners, it’s about time a locally-made running shoe brand took off in Kenya. Enda is a trailblazing  Kenyan sports apparel company hoping to become the first African brand to give famous shoe brands like Adidas, Nike, and Puma a run for their money. Enda means “Go!” in Swahili.

In December 2021, the company raised USD 1 million in Series A funding for start-ups from Talanton, an American venture capital firm, which will allow Enda to expand its brand globally by boosting its product development and distribution efforts.

Enda was founded in 2016 by its current CEO, Navalayo Osembo and Weldon Kennedy, a  social activist and running shoe enthusiast. Considering the popularity of running among many Kenyans, especially those from the Rift Valley, Osembo saw a gap in the domestic shoe market and sought to address  it

Their first shoe series, the Iten,  rolled out in 2017, was named after a famous town in Kenya’s Rift Valley predominantly occupied by the Kalenjin community and has produced some of the world’s best runners. The community has the largest share of distance athletes in Kenya. The Iten shoe was developed through crowd-funding efforts, which drew over 1,000 contributors. They managed to raise over USD 120,000 from an initial target of USD 75,000 through the Kickstarter crowd-funding platform.

In 2019, the Lapatet, their second series, was developed after 18 months of research and testing. Lapatet is a Kalenjin name that means “running.” Each shoe series is uniquely designed to incorporate an aspect of Kenya or the local communities, such as local clothing designs (kitenge and kikoys) and colors (the Kenyan flag is red, black, white, and green).

Though still largely unknown to most Kenyans, the brand has been growing and currently employs over 100 people at its production line in Kilifi, in coastal Kenya. It also utilized production capacity from a locally-based shoe manufacturer originally producing budget rubber shoes.

In an interview with AfroTech, Kenyan born Navalayo Osembo said she was inspired to create the brand because running shoes are the most important gear financially and culturally for both professional and recreational running enthusiasts. It took about a year to create a shoe sample, and using these as proof of concept, she ran the Kickstarter campaign and started mass production of the shoes in 2016.

By mid-2021, the company had partnered with a local beer manufacturing company to produce a running trainer brand that would endear the general populace, support local businesses, and honor Kenya’s athletes. This was in recognition of Kenya’s Olympic team performance at the Tokyo Olympic Games. Osembo also noted that it was a collaboration of local brands breaking into the global scene and becoming accepted as part of the Kenyan culture.

Enda is now the first athletics company from Kenya and Eastern Africa to secure seed funding for its expansion. It joined other start-ups in financial tech, agriculture, and transport that have traditionally attracted venture capitalists from across the world. The company is looking to produce daily distance trainers and a short-distance shoe series using locally sourced materials.

Statistics from RunRepeat, indicate running has been growing globally over the last decade, with a 57 percent increase in popularity. In the last two years, amidst the lockdowns and movement restrictions due to the COVID-19 pandemic, running was one of the biggest fitness trends in 2021, as many first-time runners hit the pavement for some stress relief. This places Enda’s running shoes in a prime position. With its target extending beyond the elite athletes that grace the training tracks in Kenya, Enda is looking to expand into the recreational running space that has grown tremendously both in Kenya and across the world.

The team at Enda believes that running can be more than just a means to improve physical and mental health. It can also be used to focus on social issues such as fairness, justice, and equality not just in Kenya but around the world. Through the positive social impact the brand has had, Enda is hoping to break the glass on becoming a leading running shoe brand from Africa.