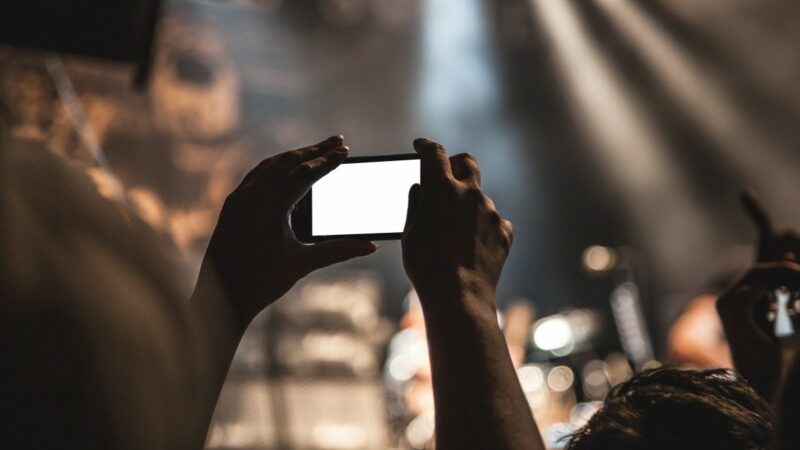 More than a hundred Muslim women in India woke up to find themselves up for auction on an app on the morning of January 1, 2022. The women were well-known lawyers, journalists, writers, activists and social workers who are prominent on social media. Their photos and images were reportedly lewdly edited and listed on a website claiming the women were for sale.

Ismat Ara, a journalist at The Wire, tweeted on January 1:

It is very sad that as a Muslim woman you have to start your new year with this sense of fear & disgust. Of course it goes without saying that I am not the only one being targeted in this new version of #sullideals. Screenshot sent by a friend this morning.

In the first week of January, police arrested four men in connection to the Bulli Bai app case. Niraj Bishnoi, Shweta Singh, Vishal Kumar Jha and Mayank Rawal were arrested as the main conspirators. All four are students. Police sources have also pointed out that the four perpetrators used Sikh aliases on online platforms while sharing the app in a deliberate attempt to mislead people about the identity of the app creators and perhaps to also vilify the Sikh community.

This is not the first time such an incident, where Muslim women were auctioned online has occurred in India. In July 2021, an app named “Sulli Deals” made national headlines for sharing photographs and social media profiles of more than 80 Indian Muslim women. The open-source app was hosted on the GitHub platform, and displayed profiles of Muslim women as “for sale,” calling them “deals of the day”. The information on the app said that the users could “claim a sulli” through the platform. The app was taken down by GitHub following complaints.

What is the Bulli Bai app case?

The Bulli Bai app followed the same design and pattern as its predecessor and targeted women with similar profiles i.e. well known female Muslim journalists, writers, activists, etc. It was hosted on GitHub and contained photos and profiles of more than 100 Indian Muslim women. “Sulli” and “Bulli” are both slanderous derogatory terms used by right-wing trolls in India to denote Muslim women. They both are distortions of the word “Mulli”, a Hindi slang used to refer to Muslim women. The only difference in the latter app is that it auctioned Muslim women as maids (the word “Bai” means maid in Hindi). With no real intention of selling, the app was created just to degrade, humiliate and harass Muslim women.

Apart from religion and gender, one common thread that ties most of the victims together is that many of them have been vocal critics of intolerance, Islamophobia and Hindu nationalism in India, which has increased under the guidance of current Prime Minister Narendra Modi, who leads the ruling Bharatiya Janata Party (BJP). Hindutva or Hindu nationalism is a political ideology that seeks to ensure Indian governance, culture and law are shaped by Hindu religious values.

All four individuals arrested in relation to the app are students, which shows how deep the ideas of communalism and misogyny have seeped into Indian society.

The “ringleader” of the group, Niraj Bishnoi, 21, is a second-year graduate student at Vellore Institute of Technology and is a repeat offender who had been accused of harassing people, leaving inappropriate comments on photographs, and also sending threats online. Another co-conspirator, Shweta Singh, 19, used fake Twitter handles to share hateful tweets and post offensive photos and comments online. The other two, 21-year-old engineering student Vishal Kumar Jha and 21-year-old grad student Mayank Rawat, each shared screenshots from the app to social media platforms.

Through information received during the Bulli app case, police were able to arrest the creator of the Sulli Deals app, six months after the incident had come to light. Aumkareshwar Thakur, 26, from Indore was arrested on January 9 by Delhi Police.

Why is this incident important?

The Bulli Bai app case did not emerge in a vacuum. It was built against the backdrop of rising attacks on Muslims in India. Religious hate crimes against Muslims have been on the rise in India, including lynchings; the destruction of mosques and houses; attacks on Muslim comedians, actors, and directors; and the imprisonment of Muslim activists, journalists and human rights defenders. Hindutva groups and organizations perpetrating these attacks have enjoyed complete impunity and support from members of the leading right-wing BJP party.

However, the Bulli Bai incident brought in two strands of hatred together: communalism and misogyny. The app was created to humiliate Muslim women and also silence their voices. It was meant to scare them away from social media platforms. The Sulli deals and Bulli Bai cases are not one-off incidents but part of a larger pattern of online harassment of Muslim women by various troll groups and meme pages where they are regularly mocked, harassed and threatened for expressing their opinions.

With the COVID-19 pandemic and lockdowns preventing in-person gatherings, social media is often the only space for discussion, dissent and socio-political mobilization today. Yet the presence of rampant online trolling, harassment, attacks against voices of dissent — particularly against women from marginalized identities — ensures that these digital spaces remain unsafe and inaccessible to many.

Media spaces in India were abuzz with the news of this case. While many editorial media channels like Maktoob media condemned the incident, criticizing the police and government for their inaction over the previous Sulli Deals incident and their larger silence over rising crimes against Muslim minorities in the country, others took a deliberately neutral stance. Right-wing news outlet OpIndia released a report claiming “Khalistani supporters” were behind the Bulli Bai app. The Khalistan movement is a political movement demanding the creation of a separate homeland for Sikhs.

Right-wing Hindu nationalist pages and their supporters claimed that the perpetrators were Khalistani Sikhs or Muslim men. Once that claim was proven wrong by investigations, posts defending the accused in both cases, and posts downplaying the severity of the incident increased.

A prime example is this tweet by a user who has 1.3 million followers. The tweet was later deleted.

The public defence of the Hindu perpetrators and larger sympathy for the young men appears in stark contrast to the active vilification of people from minority communities in India, who are attacked and threatened for expressing their opinions.

Social media posts also tried to steer attention away from the case by engaging in counter-accusations.

Rais Pathan who is the Chairperson of the Planning and Finance committee in India's Ministry of Minority Affairs tried to shift attention away from the Bulli Bai crime by drawing attention to instances of harassment against Hindi women. He tweeted:

I have seen several Instagram & FB pages running from WB where they morph pictures of Hindu girls & goddesses to degrade them.

Such a degradation & #BulliDeals, both are disgusting. I protest against both but liberals only talk about the latter, because they care about none.

The larger narrative in the media ecosystem in India only highlights how the severity of the crime is determined by the identity of the victim and perpetrator.

This story is part of Civic Media Observatory research on the media ecosystem in India. To learn more about this project and its methods, click here.