Metro Cebu residents struggle to rise up from devastation 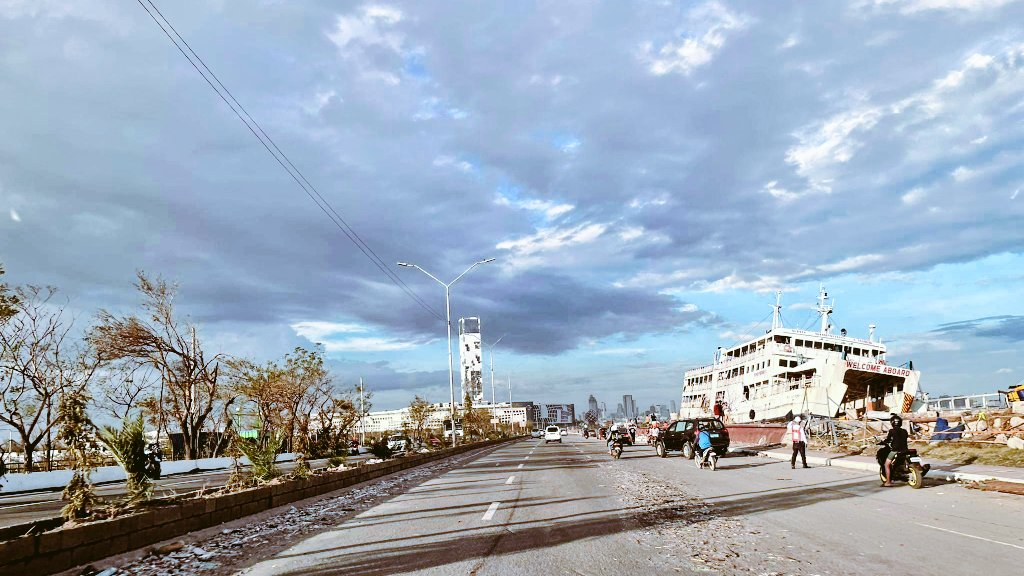 A passenger ship ran aground the Cebu Coastal Road while the tower of a shopping mall in the background is badly damaged. Photo by Karlo Mongaya

Nearly a month after Typhoon Rai, locally known as Odette, rampaged through the Visayan Islands and parts of Mindanao, residents of these parts of the Philippines continue to struggle to overcome the devastation brought by the storm on December 16, 2021.

Authorities estimate Typhoon Rai caused USD 548 million (PHP 28 billion) of damage to the region's infrastructure and agriculture. Up to 3.6 million people were affected by the storm with over 76,000 families compelled to stay in evacuation centers as late as December 24, 2021. The death toll reached 405 people with 82 still missing as of January 1, 2022.

Cebu City was hit hard by Typhoon Rai with residential damages reaching USD 33.2 million (PHP 1.7 billion), according to the city's mayor Michael Rama. Electricity is still unavailable in parts of the city and isn't expected to be fully restored until the end of January 2022. The destruction brought on by the typhoon adds stress to an economy already reeling from the impact of the coronavirus pandemic.

Renowned as the Philippines’s “Queen City of the South,” Cebu City is a major commercial, tourist, and cultural hub in the Southern Philippines. It is at the heart of Metro Cebu, which is the country’s second-largest urban center outside the national capital, Manila. In January 2015, the city played host to the Global Voices Citizen Media Summit.

During the height of the storm, some big malls and government offices like the Cebu Provincial Capitol opened their doors to accept evacuees. Netizens captured Typhoon Rai pummeling one of Cebu City’s upscale business districts:

LOOK. In this video, Patrick Lewis Arboneda records what he described to @artlubiano as an “ipo-ipo” (water spout) at the IT Park, in Apas, Cebu City, just before 10 p.m., December 16. @rapplerdotcom #OdettePH pic.twitter.com/lTlFmZBxqu

I was visiting my parents and siblings in Talisay City, the suburban sprawl south of Cebu City, when Typhoon Rai struck on the eve of December 16. A power outage immediately ensued that night as strong winds felled trees and damaged homes in the neighborhood including our own.

The next few days were spent cleaning up debris and clearing roads that had become impassable while securing food and necessities for our middle-class household. We got water from a neighbor's manual water pump and charged gadgets in commercial establishments with electric generators. Others are less fortunate. 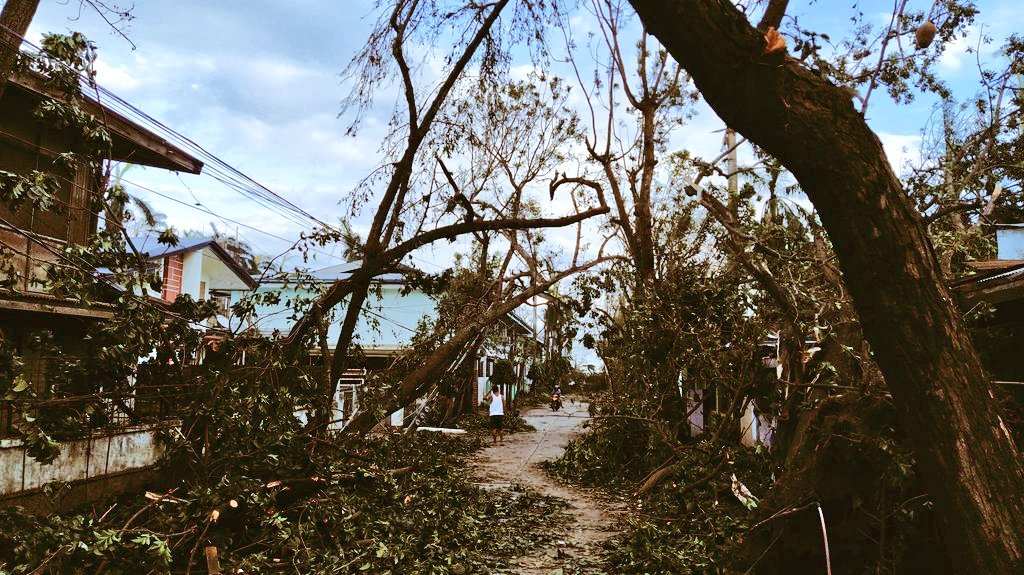 Fallen trees and debris block a residential street around the author's neighborhood in Talisay City, Cebu. Photo by author

LOOK: Tungkop, Minglanilla, Cebu in the aftermath of #OdettePH as of December 19, 2021. Long lines are also seen at a gas station.

Ryan Macasero of Philippine news site Rappler's Cebu bureau wrote about his team's experience covering Odette's impact on Cebu City. While going around the city on the morning of December 17, he observed ordinary people helping each other re-establish order amidst the virtual absence of government aid:

There were no authorities in sight. No one manning the chaos at the intersections.

The general mood, however, was hardly lawless. There was no looting. Cebuanos waited for their turns in line at the convenience stores, supermarkets, gas stations once they opened. They waited for their water rations.

There was no violence, only uncertainty – and fear.

While there was news of Typhoon Rai’s looming approach, the lack of warning about its intensity left some residents inadequately prepared for the storm. Some netizens expressed frustration over the lack of national media coverage during the typhoon’s immediate aftermath:

Is it just me or the national media coverage for the onslaught of Super Typhoon Odette in Visayas and Mindanao is not as wide and intense as it should be? People urgently need help and a disaster like this is of national concern. #OdettePH

Yet local journalists and correspondents themselves weathered the extreme situation to provide coverage of Typhoon Rai:

We're typhoon victims as well but we're on the field, sending as much as we can with what little signal and power we have.

LOOK: Residents at Sitio Bato, Barangay Ermita and nearby Carbon Public Market receive ‘pospas’ from cause-oriented groups. This is in response to the low food supply in Cebu as a result of Super Typhoon #OdettePH. (1/4)

While typhoons are a regular occurrence in a tropical country like the Philippines, stronger typhoons have battered the nation in recent years. Some older residents recall that the last time a storm caused the same level of destruction in Cebu was by Typhoon Mike (locally known as Ruping) in 1990.

Environmentalists say this should be a wake-up call for the government to take measures to concretely address climate change: “These typhoons will get worse, more unpredictable, and more destructive should [government] remain merely reactionary to the climate crisis.”

Conditions are slowly improving for residents in many parts of Metro Cebu as relief and rehabilitation efforts continue in affected areas. But more help is needed, especially in more remote provinces in Visayas and Mindanao which have been similarly hard-hit.

This is especially true with the recent surge of COVID-19 cases caused by the Omicron variant now threatening to spread to parts of the country still reeling from the devastation caused by Typhoon Rai.