Explore narratives of the pandemic in Russia 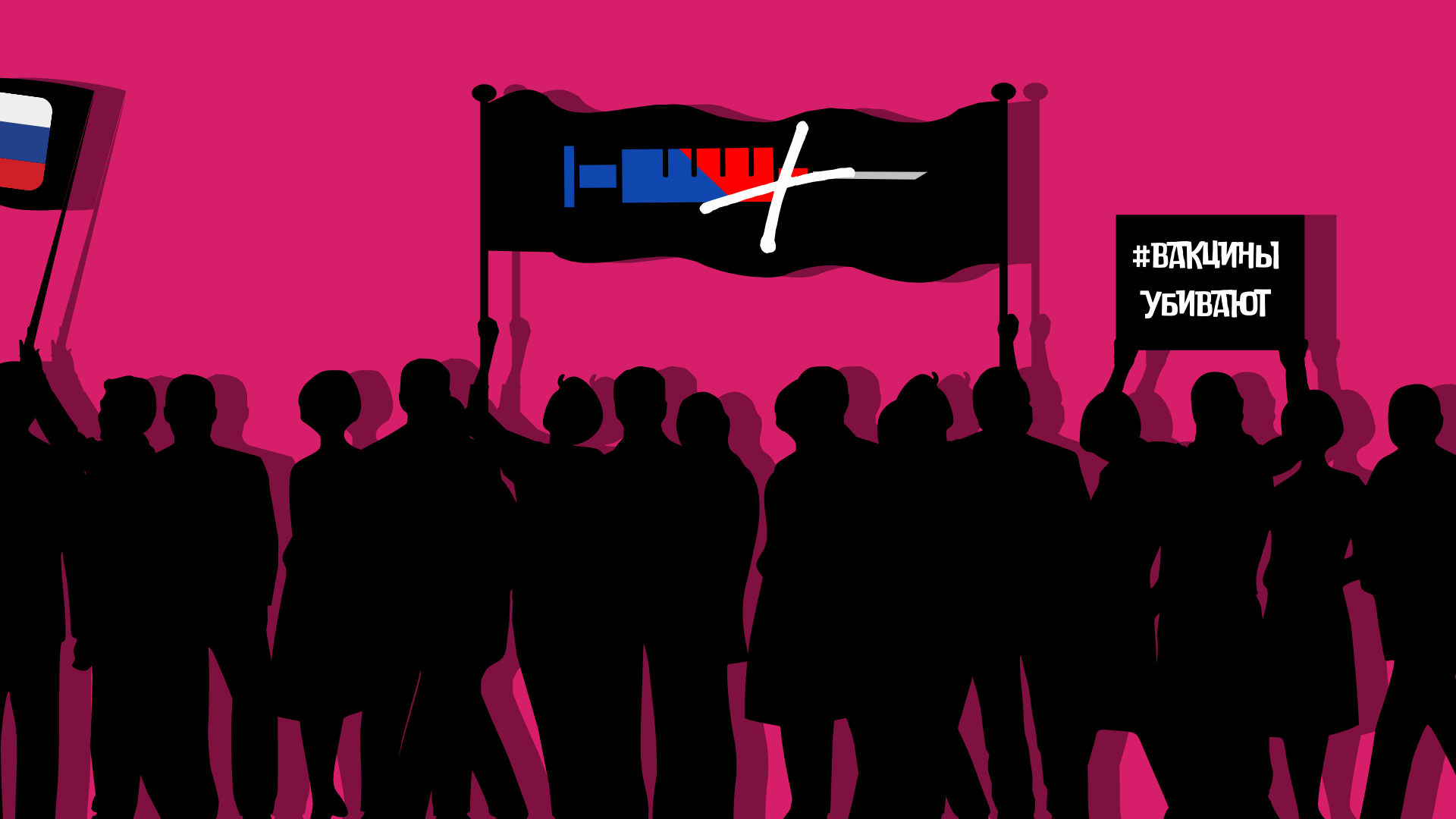 Welcome to Undertones, the Civic Media Observatory newsletter! In each edition we analyze an event, emerging trend, or a complex story, identifying key narratives of urgent public interest, delving deep into the context and subtext of local, vernacular and multilingual media. Undertones also offers an entry point into the public datasets that underpin our Observatory work.

In this edition: Russia

Whereas death tolls have decreased in Europe and the United States, Russia has been grappling with the country’s highest number of COVID-related deaths since the start of the pandemic.

More than half of the population have refused the Sputnik vaccine and resisted measures such as a QR code-based COVID passport system, in large part due to deep-seated mistrust of the government. Lev Gudkov, head of the renowned sociological research foundation Levada-Center, also attributes this mistrust to the use of coercive tactics in the promotion of vaccines and QR codes. The prevalence of misinformation further exacerbates the public’s reservations.

Mass protests erupted throughout the country in late 2021 and polarization is deepening, as government members and state media label anti-vaxxers “enemies of the people,” a term loaded with negative historical connotations.

“COVID-19 measures are eroding public trust in the state”

About 67% of the Russian population opposes the introduction of QR code-based COVID-19 passports, a measure the Duma, Russia’s parliament, adopted in mid-December 2021 for entry to cultural institutions, restaurants, and retail outlets. The law will come into effect on February 1, 2022.

In late 2021, about 270 protests erupted across the country in response to the news of these stricter measures. The scale of these demonstrations, especially outside of major metropolitan areas, was even more remarkable considering the government’s brutal repression of political protests in 2019 and 2020.

Opposition to vaccines and COVID-19 passports spans diverse groups, including as “mom groups” on social media, Facebook pages that are anonymous, well-known actors and bloggers, as well as members of the Orthodox Church and established political parties.

Leaders of “approved” opposition parties such as the Fair Party (Spravedlyvaya Rossiya) and the Communist Party have also shared their skepticism about the measures on social media. Gennady Ziuganov, leader of the Communist Party, tweeted that the introduction of QR codes “is tantamount to the introduction of an ‘electronic concentration camp’ regime.”

President Vladimir Putin has vacillated around the issue. He first openly supported the QR code measure, then said “no rash decisions” should be taken.

The channel Tsargrad TV, close to the Orthodox Church, published a popular video on Facebook in December 2021 stating that unvaccinated people will be allowed into churches – going against COVID-19 passport measures – and that prayer is an absolute necessity for healing. People commented that the QR code is a “sign of Satan” and “the mark of the beast.” More analysis here.

A screenshot of the item published by Tsargrad TV.

In a popular December Facebook post, TASS, Russia’s leading news agency, quoted Sergey Novikov, a high-level official in the Office of the President, as saying that “anti-vax statements are really a strategy to destroy the Russian people.” The item elicited comments defending people’s right to express themselves freely.

In Russia, the term “public enemy” had previously been reserved for opposition members and independent media, especially in the context of the new “foreign agent” legislation.

During the Stalinist era, naming a political opponent a “public enemy” could result in a death sentence or hard labor in a penal colony.

Possible impact:
Measures limiting freedom of speech in the context of the foreign agents’ law and further polarization among the Russian population.

Other highlights from the Observatory

A peek at the most interesting narrative frames and analysis from across the Observatory:

A group of Hindu nationalist pages on Instagram are spreading communal propaganda and hate speech through memes, comments, manipulated videos, and fake news.

MYANMAR: “The Tatmadaw (Burmese Military) is the true and only guardian of Myanmar”

The belief, allegedly by historical precedent, is that the Tatmadaw is the only entity capable of properly governing Myanmar, and that the military should resume its role as leaders of the country.

AFGHANISTAN: “The Taliban have changed”

Many Taliban members and their supporters allege that the current incarnation of the Taliban is different than the Taliban that ruled Afghanistan in the 90s. Some call it “Taliban 2.0”.