"That they were not rescued in time reflects poor governance" 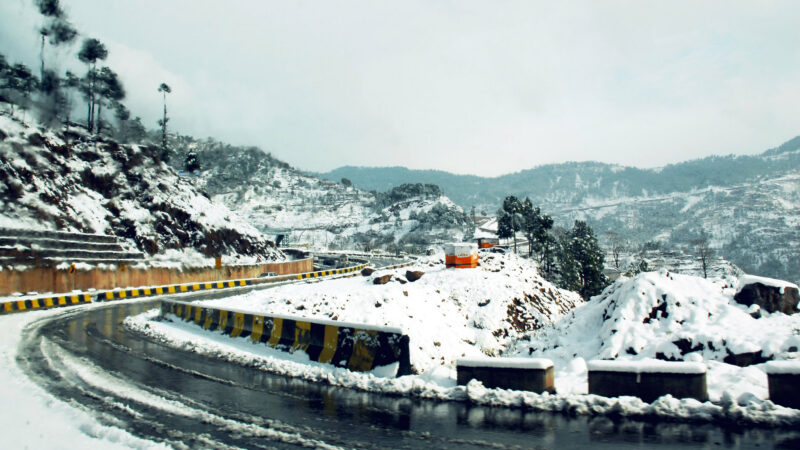 At least 23 people, including women and children, have died in cars that were stranded due to heavy snowfall in Murree and Nathia Gali hill stations just 66 km away from Islamabad, the capital of Pakistan.

On January 7, a snowstorm hit Murree with a snowfall up to 1.2 m (4 ft) deep with the temperature dropping below 8 degrees Celsius. A small hill station, Murree did not have the capacity to cater to the amount of traffic that had reached, causing a major traffic jam. People spent a night in their cars, and several people died from hypothermia or asphyxiation from inhaling fumes after running the engine for a long period to keep the car heaters on.

Every winter, hill stations receive a huge influx of tourists from across Pakistan to witness the snowfall. It is a season when landslides are common, and roads are blocked, often leaving people trapped for days. While these hill stations lack basic essential facilities like gas and water all year round, an unusually heavy snowfall this year complicated things.

On January 4, Rawalpindi Police put up a video on social media to explain the severe weather conditions in Murree and what precautionary measures drivers must take while traveling to hill stations. On January 5, Pakistan Meteorological Department issued a press release warning of heavy rain with snowfall over the hills from January 6 to 9. The same day, Fawad Hussain, the federal minister for information and broadcasting, praised how tourism was excelling in the region:

Translation: Nearly one million cars have entered Murree. The hotels have raised their prices; tourism will help hotels and residents of the area to flourish economically. This year 100 ventures have earned 929 billion rupees [USD 5.27 billion] and all big media groups have earned 33 to 40% more than usual.

On Friday, January 7, around 157,000 vehicles headed towards Murree as tourists were set to spend the weekend there. Many vehicles were trapped by the heavy snowfall on the congested hilly roads leading to the town and inside the town.

Sensing business, the local hotel proprietors had raised their prices per room. According to local media sources, the usual rooms ranging from PKR 6,000 (USD 34) to PKR 10,000 (USD 57) were being offered at PKR 50,000 (USD 284) to PKR 70,000 (USD 397) per night. Some tourists had no other option but to spend the night in their vehicles in the snowstorm as they could not afford the unexpectedly high-priced accommodations. People on Twitter started a trend #BoycottMurree to protest this. Waqas Akhter tweeted:

Hospitality 😡
These people have always taken advantage of the tourist's compulsion.
If anyone raises their voice against their insolence, then everyone is torturing him.
Everyone should boycott Murree so much that Murree people will be thirsty to see the tourist.#boycottmurree pic.twitter.com/iGAsyqPYxo

By Saturday 8th January, reports started coming in about casualties, and that there was no help available. Waseem Abbasi shared:

Worst traffic jam in Murree.. Tourists are advised not to travel to hill resort for next few days .. it’s no more romantic ..#Murree pic.twitter.com/VJMThJtqk9

An Islamabad police officer and seven other members of his family also died.

This includes the family of a Rawalpindi police office who along with his wife and six children also perished pic.twitter.com/J1GCJDIUnD

People on social media lashed out at the late response from the government.

The Human Rights Commission of Pakistan tweeted that the government had failed to protect its citizens:

HRCP mourns the deaths of at least 22 tourists after they were stranded in heavy snowfall in #Murree in the absence of an early warning system and subsequent traffic regulation by the authorities. That they were not rescued in time reflects poor governance and warrants an inquiry pic.twitter.com/QBavLt63yI

At last, the state machinery came into action, and the military personnel came to the rescue (a large portion of Murree is occupied by a military base).

Many on Twitter were already upset with the deaths but, after the prime minister's tweet blaming the people for not checking the weather beforehand, they criticized him too:

2) The tweet by PM Imran Khan has added insult to injury. By blaming people and saying govt was caught “unawares” boggles the mind with its sheer insensitivity & callousness. What the govt has done is unpardonable & how it's reacting is equally worse #Murree (2/5)

With no immediate and adequate support from the authorities, the locals stepped in to help the people stranded in their cars. Many people shared their personal accounts when they reached back safely:

Just received this eye-witness account of tragic incident freezing 21+ people to death. Jiurnos eulogising military personnel for their supposed help, need to read this carefully. No one did jack to help the stranded. Redacting his name for security concerns. pic.twitter.com/WxOg2UYDmS

The opposition in the senate criticized the government for its “criminal negligence” and demanded the formation of a judicial or parliamentary commission to find the culprits responsible for the casualties.

The Punjab Chief Minister Usman Buzdar formed a five-member committee to probe the tragedy to determine the causes and lapses.