A dozen officials attended the party, in violation of pandemic-control rules 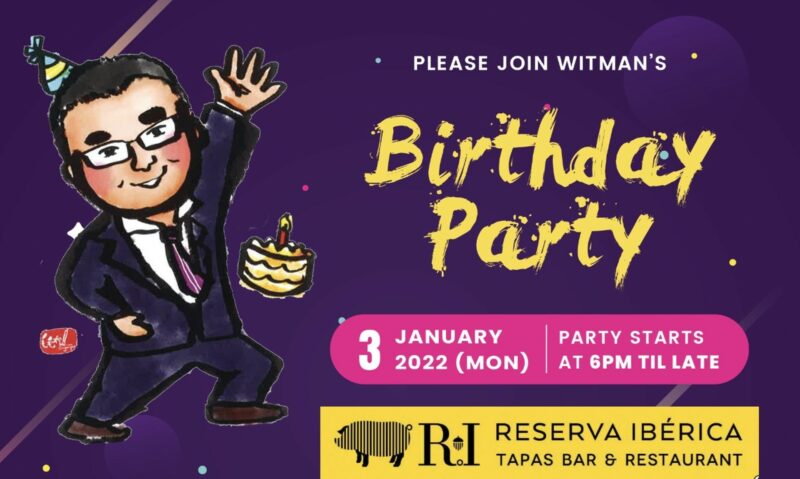 2022 has kicked off with a scandal in Hong Kong involving 13 government officials and 20 newly elected Legislative Council members who violated the city's pandemic control policies by attending a birthday party with over 200 guests. The incident has been nicknamed “Hung's partygate” (洪門宴) and has some accusing city leaders of inconsistent policies and hypocrisy.

The party was hosted by Witman Hung, a Hong Kong deputy for the Chinese National People’s Congress. Hung is also Principal Liaison Officer for the Hong Kong, Shenzhen Qianhai Authority which is a coordinating body of a regional development project that integrates Hong Kong into the southern China Great Bay Area.

The birthday party took place on January 3 — just 4 days after the first community transmission case of the highly contagious Omicron variant was found in Hong Kong. The government was on high alert as a local outbreak could jeopardize the open border arrangement with mainland China under China’s “zero-COVID” policy.

Yet in the midst of such a crisis, more than a dozen top-ranking government officials attended the opulent birthday party. According to photos and reports, attendees violated the administration’s pandemic control policies by not wearing masks and not doing a mandatory check-in through the state contact tracking app, LeaveHomeSafe.

Photos from the event showing Witman Hung and his guests not wearing masks circulated widely on social media.

Leaked photo of the birthday party Secretary for Home Affairs Caspar Tsui attended, where a #COVID19 patient was present, shows everyone at the party had their masks off#animalfarm #allanimalsareequal pic.twitter.com/TJ1lhd1njK

Among the dozen officials who joined the party are Casper Tsui, the Secretary of Home Affairs who is in charge of enforcing the pandemic control measures, and three top officials from the law enforcement authorities: Au Ka Wang, Director of Immigration; Raymond Siu, Police Commissioner; and Simon Peh, Commissioner of the Independent Commission Against Corruption (ICAC). Au Ka Wang, who was fined in July for breaking COVID-19 rules after attending a luxury dinner arranged by the China Evergrande Group. He was among one those who did not check in with LeaveHomeSafe at the birthday party. Both Au and Siu are members of the Hong Kong National Security Committee.

The rulebreakers might have gone unnoticed, except two days after the event, one guest tested positive for the Omicron variant. On the same day, the government tightened pandemic control rules by banning indoor dining after 6 pm and closing swimming pools, sports centers, bars, gyms, museums, and more for at least two weeks.

“Know the law and break the law”

Since the mandatory check-in rules were implemented in November 2021, many restaurant owners have been fined as some of their customers did not check in with “LeaveHomeSafe.” In addition, under the current pandemic control measures, anyone who comes into contact with a confirmed Omicron patient has to undergo a 21-day mandatory quarantine at the Penny Bay quarantine centre.  The maximum penalty for those who violate the pandemic public gathering order is an HKD 25,000 fine (USD 3,200) and a 6-month prison sentence. Many critics are calling for “equal treatment” for the rule-breakers.

After a tentative positive case linked to the party was identified on January 7, about 170 identified party attendees were sent to Penny Bay quarantine centre for 21 days. But 90 were released after one day as the case was a false alarm, the testing result was contaminated.

However, on January 9, officials identified another positive case linked to the party, but the person was not included on the guest list. According to the Center for Health Protection, the authority has thus far identified 192 party attendees. However, the list is still incomplete as the host claimed he has no idea exactly how many people attended the party without an invitation.

While the pro-Beijing camp is attempting to criticize the airline Cathay Pacific after two of its aircrew breached quarantine restrictions and infected community members with COVID-19, many citizens are calling for disciplinary action against all officials involved.

The most common expression used for criticizing the officials is “know the law and break the law” (知法犯法), as seen on various social media platforms, including Twitter and Facebook:

Even if the partygate did not result in an outbreak, we should slam the officials and lawmakers. The issue at stake is that these scumbags know the law and break the law. They are in collusion and after the scandal was exposed, they covered up each other.

Now that I know, being the head of the anti-graft authority can hang around and socialize in such a manner. What about the code of conduct for the commissioner? Master the law so that you can break it?

Don’t divert the public attention, this is a clear violation of pandemic control regulations. What is needed is a public prosecution, not an internal investigation.

Internal investigation = to a protective umbrella for their own kind and an internal solution to law-breaking behaviour among the ruling bloc. They don’t have to resign after breaking the law, Beijing does not want to fire them and they are the heads of major government organs. Who can be responsible for the internal investigation?