Citizens will be demanding results when evaluating Gabriel Boric's presidency 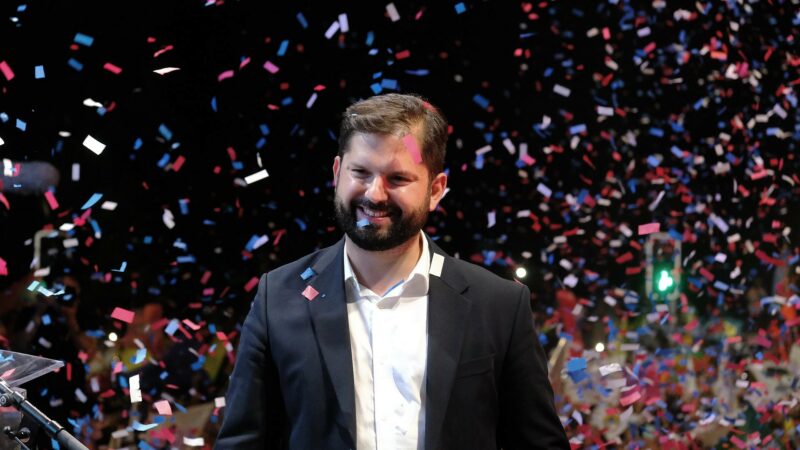 Gabriel Boric, recently elected president of Chile for the period 2022-2026, has a task of gigantic proportions before him. Starting March 11, when the current president, Sebastián Piñera will pass the reins of government to him, he will have to face the ongoing threat of COVID-19, an economy weakened by continuing inflation and a new political term—that day a part of the parliament will also be renewed—without a large majority to ensure a broad consensus. The hope that Boric has sparked in his voters will soon have to face a difficult reality.

On top of this, there are the country’s unresolved structural challenges, such as the debt of young people in university education, inequity in access to healthcare, and the failure of the private pension system imposed during  Augusto Pinochet‘s civil-military dictatorship, among many other issues. The difficulty of the work ahead will be unlike anything Boric has known so far.

The presidential campaign took place in the middle of a consultative process to renew the constitution, which was activated through a public vote after the October 2019 crisis, when thousands of Chileans took to the streets to demand a new social pact. Gabriel Boric, representing the left-wing grouping Apruebo Dignidad, won the presidency in the second round on Sunday, December 19, with 55.87 per cent of the vote, compared to 44.13 per cent for the far-right ex-deputy José Antonio Kast, who was strongly opposed to the idea of a new constitution.

The 35-year-old president-elect knows a thing or two about taking on tough challenges. A decade ago, together with other leaders, he headed a massive student movement that demanded free, quality public education from Piñera, who at that time was in his first term as president. Now, during the last part of his second term as deputy for the southern region of Magallanes, Boric gathered the signatures in support of his presidential candidacy at record speed, won a primary where he was not the polls’ favourite, stoically endured the personal attacks and fake news from Kast, and won in the runoff with a difference of about one million votes after coming second in the first round, so becoming the youngest and most voted-for president in Chile's history.

Given José Antonio Kast's open pro-Pinochet sentiment, as well as his negative views, and those of his associates, on women and sexual diversity, the final stretch of the campaign resembled the polarization of the referendum that ended the Pinochet regime in 1988. More than 30 years later, the division of votes between the two options then and now was practically the same. As such, on December 19, Boric's voters were doubly delighted, on the one hand with the electoral victory, on the other hand with the retreat—until further notice—of populist neoconservatism in the style of Trump and Bolsonaro.

Following that night's excitement, when Boric spoke of Salvador Allende before the packed crowd in central Santiago, anxiety has developed about the coming changes and the wave of expectations that the president-elect will have to manage with great caution. However, the mere fact that hope has returned to people's vocabulary is good news in the middle of so much doom and gloom. In times of pandemic, climate crisis, forced migration and other dispiriting human dramas, Chileans preferred a political project that seeks a better future, instead of backing a discourse dominated by fear of internal and external enemies, real or imagined.

Of course, it is not enough to just show the way to the dream. If Boric disappoints in his redistributive project, stumbles too many times on his supposed weak points—urban crime, drug trafficking and terrorism in the Araucanía Region—or even if he runs a mediocre government, the disappointment will run deep and the hope will show its fragility. That would be exactly the fertile ground in which Kast's discourse could take root: a promise of restoration that claims to recover a questionable “lost order” and a supposedly patriotic exceptionality which uses the metaphor, very frequent during the 90s, of Chile as a “good neighbour in a bad neighbourhood.”

On a regional level, with Gabriel Boric we can expect the strengthening of the soft left of the former Chilean president Michelle Bachelet and the resurgent Luiz Inácio da Silva, which the inexorable political pendulum had kept out of power for at least five years. It is also expected that he will strongly promote a “turquoise” diplomacy, as is called the agenda of sustainability which combines the causes of the forests and the oceans, and that, unlike some other progressive heads of state, he will unambiguously condemn human rights violations committed by any government, including, as he has already done, those claiming to be left-wing.

Furthermore, everything indicates that he will be a leader respectful of institutions and regional multilateralism, a spirit of dialogue that he has already demonstrated within Chile. Proof of this is that his first activities as president-elect were a protocol reception at La Moneda palace, where he was received by the very president he has severely criticized for his leadership during the social unrest of 2019, and then a visit to the headquarters of the Constitutional Convention, to which Boric offered guarantees of support and autonomy.

Although the truth is always more complex than the typically Manichean viewpoints on social media, citizens online will nevertheless be tough when it comes to assessing Gabriel Boric's presidency. It will depend on him and his administration's team, in four years’ time, to not be viewed in such simplistic terms. We also know that the honeymoon period currently enjoyed by the popular president-elect will probably be short-lived. Beyond these subjective interpretations, the real success will be that the new leadership manages, as promised during the campaign, to allow Chileans to live a little better.