'This gentleman knew how to walk tall' 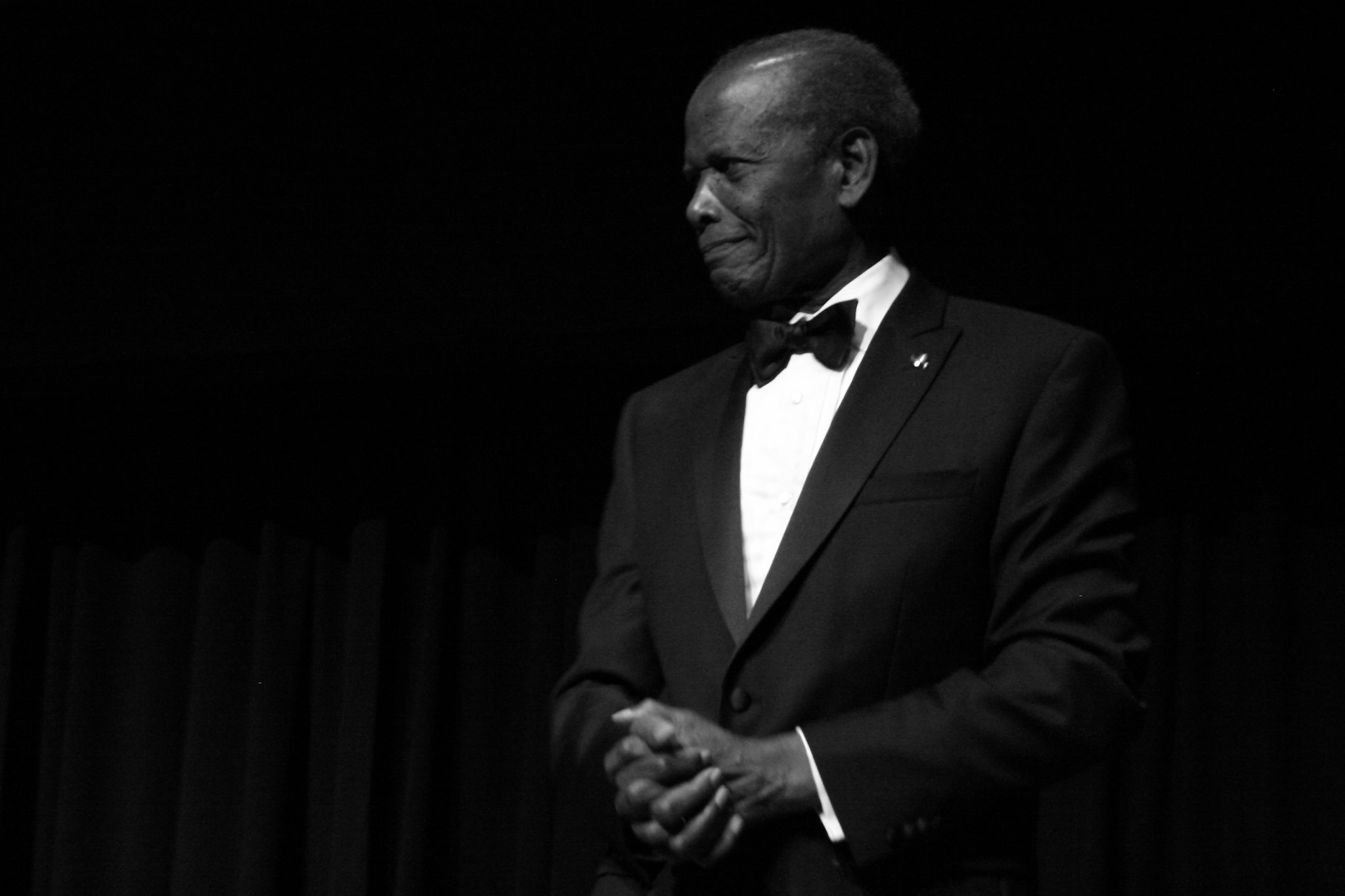 Sidney Poitier at the 38th Charlie Chaplin Award gala, held at the Alice Tully Hall at the Lincoln Center in New York City on May 2, 2011. Photo by Tamara Dunn on Flickr, CC BY-NC-ND 2.0.

Hollywood royalty and elder statesman of the silver screen, Bahamian-American actor Sidney Poitier, whose trailblazing work in the 1950s and '60s helped break colour barriers, shifting the lens through which Black people were perceived and paving the way for other Black actors to make their mark, died on January 7 at the age of 94.

BREAKING: Beloved Bahamian actor and former ambassador Sir Sidney Poitier has died. He was 94. A Broadway play about the trailblazing career of the visionary actor was announced last month. Sir Sidney's death was confirmed by Minister of Foreign Affairs Fred Mitchell. pic.twitter.com/WVJFlog3tC

On learning of Poitier's passing, Prime Minister of The Bahamas Philip Davis addressed the nation, saying, “Even as we mourn, we celebrate the life of a great Bahamian, a cultural icon, an actor and film director, an entrepreneur, human and civil rights activist, and latterly, a diplomat.”

Poitier was all those things and more, but Davis also praised who the man was at his core—”his strength of character, his willingness to stand up and be counted, and the way he plotted and navigated his life's journey.”

The youngest of seven children, Poitier was born prematurely in Miami on February 20, 1927, to Bahamian parents–farmers who traveled regularly to the States to sell their produce. Though an American citizen, he grew up in the Bahamas, only moving to the United States when he was 15. After working as a dishwasher and thereafter at a veteran's hospital in New York during World War II as part of the U.S. Army, Poitier eventually joined the Harlem-based American Negro Theater and found his calling. 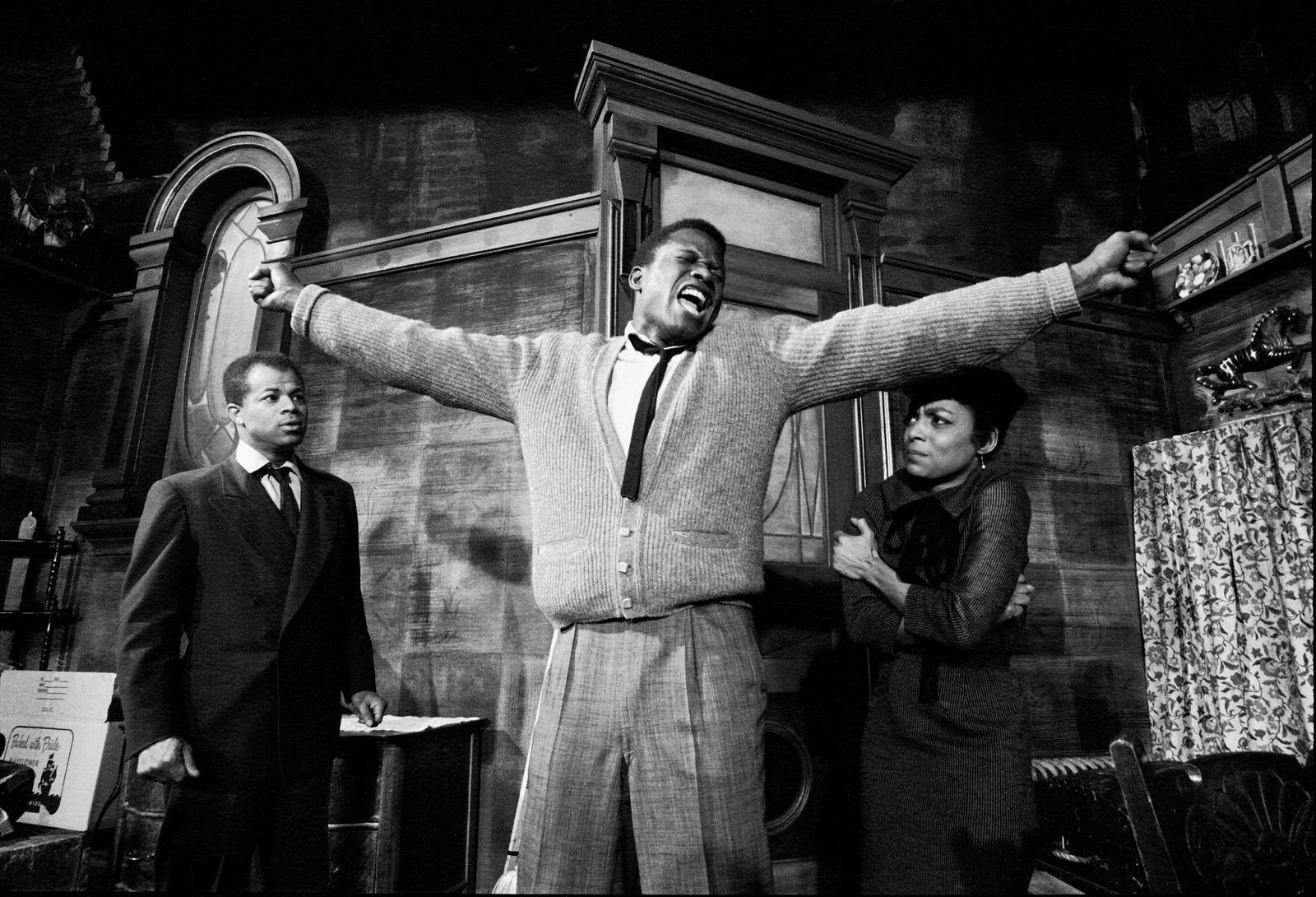 His first major film role was “No Way Out” (1950), in which he played a doctor attending to two white racist patients; one dies, prompting a race riot. The film was banned in the southern United States. Poitier followed this up with the breakthrough role of a high school student in the 1955 film “Blackboard Jungle” (1955). He also won critical acclaim for his work in “Porgy and Bess” (1959), and “A Raisin in the Sun” (1961).

Poitier was pushing through in such roles during the turbulent civil rights movement in the United States. In 1958, Poitier and Tony Curtis played escaped convicts in “The Defiant Ones”, which earned them both Best Actor Oscar nominations (in Poitier's case, the first for a Black male actor). He didn't win, but the nomination alone was groundbreaking, and the excellence of his performance was acknowledged by the British Academy Film Awards when he won the BAFTA for Best Foreign Actor that year.

His recognition across the pond made him a natural choice for his role in the British film “Cry, the Beloved Country”. Shot in South Africa during apartheid, Poitier became even more resolute in his activism, using his fame to press for the equal treatment of Black people, even calling out the press for its unidimensional portrayal of him—and by extension other African-Americans—as simply Black.

“I'm a relatively intelligent man,” he told them. “There are many aspects to my personality that you can explore, I think, very constructively—but you sit here and ask me […] questions that fall continually within the Negroness of my life. You ask me questions that pertain to the narrow scope of the summer riots [of 1967]. I am artist, man, American, contemporary…I am an awful lot of things, so I wish you would pay me the respect due.” The rebuff was in keeping with the dedication with which, throughout the course of his long career, he strove to bring life, dimension and humanity to the characters he portrayed. Prior to Poitier's time, the representation of Black characters in Hollywood films was problematic, being primarily portrayed as either servants or criminals.

In 1963, Poitier starred in “Lilies of the Field”, for which he won the 1964 Academy Award, the first Oscar ever presented to a Black actor in a leading role. By 1967, towards the end of the U.S. civil rights movement, he did three pivotal films—“To Sir, with Love”, “Guess Who's Coming to Dinner”, and “In the Heat of the Night”, that examnined the issue of race and the prejudices Black Americans were faced with on a daily basis.

Having been voted the top box office star of 1968, by the 1970s Poitier spread his creative wings and ventured into directing. The accolades, both in the world of the arts and beyond, kept coming and would continue throughout the course of Poitier's life. He was knighted by Queen Elizabeth II in 1974, and in 1982, received the prestigious Cecil B. DeMille Award, which recognises outstanding contributions to the world of entertainment.

In 1997, The Bahamas appointed Poitier as its ambassador to Japan, a position he held for a decade, concurrently acting as the country's ambassador to UNESCO. In 2000, he received the Screen Actors Guild Life Achievement Award, and in 2002, an Academy Honorary Award, to be followed in 2016 by a BAFTA Fellowship celebrating his lifetime achievement in film. 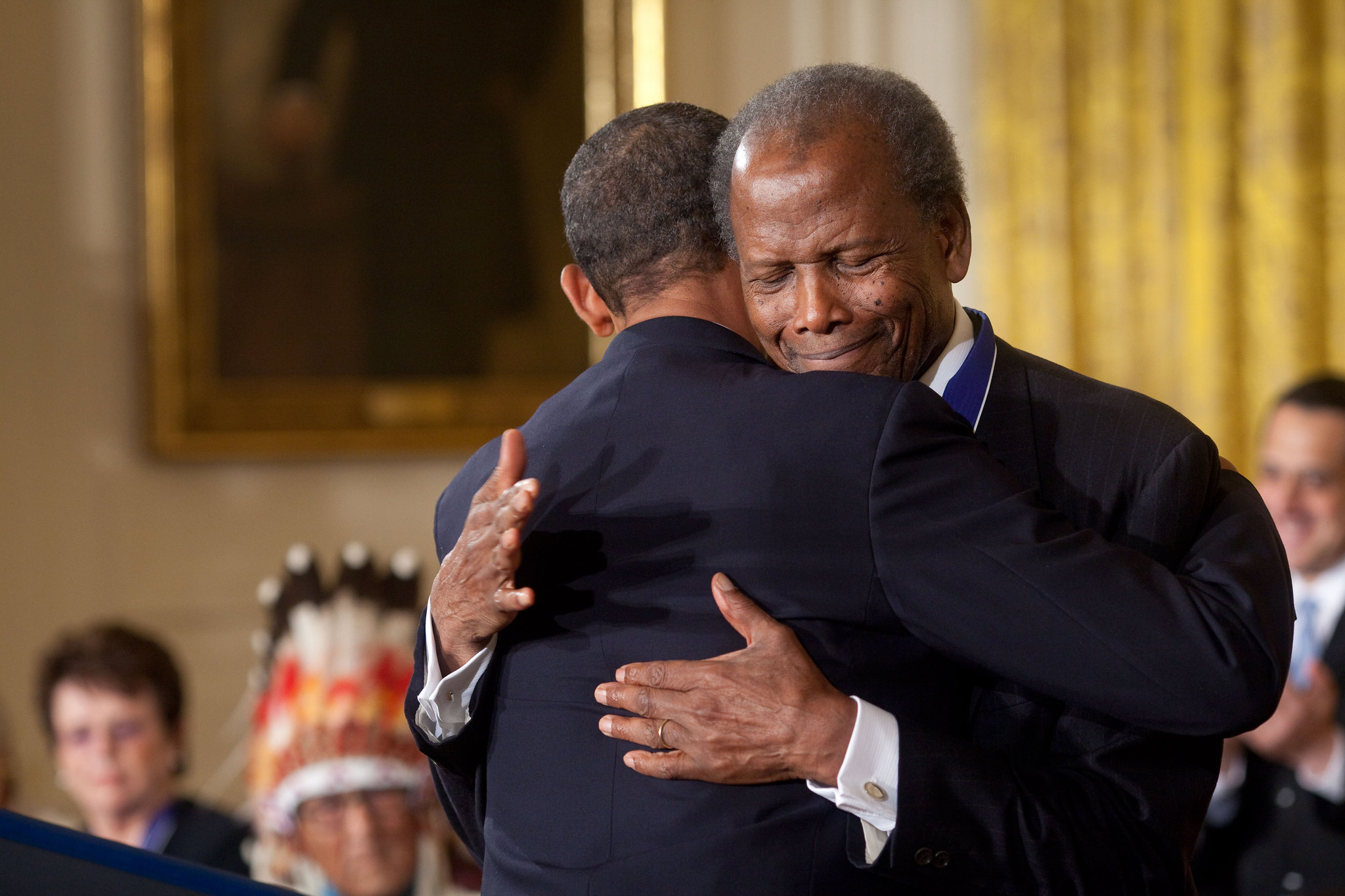 In 2009, under the Obama administration, he was presented with the Presidential Medal of Freedom, the United States’ highest civilian honour.

Upon his death, Poitier's family put out a statement, paying him tribute as “not only a brilliant actor, activist, and a man of incredible grace and moral fortitude, [but] also a devoted and loving husband, a supportive and adoring father, and a man who always put family first.” The statement continued, “He is our guiding light who lit up our lives with infinite love and wonder. His smile was healing, his hugs the warmest refuge, and his laughter was infectious.”

Poitier's impact naturally extended to the Caribbean region, where he spent his formative years. Trinidadian D Gerome Boucaud, who works in the regional film industry, said on Facebook:

I can’t remember at what age I saw ‘To Sir with Love’. But I do remember it being the first time I became aware of what racism was and how weird it felt to watch it so openly displayed on television. I might have been 7 or 8. I also remember the impact this man had on me which I can’t adequately describe or quantify. […] I’ve avidly followed his career since then and my early worldview was patterned around the example he set for what it meant to be a strong proud black man. Mr. Tibbs was my first on screen hero […] This gentleman knew how to walk tall and I loved and respected him as an actor and a person. Rest well Sir Sidney Poitier. Thank you for everything you represented to a young boy from the Caribbean and many many others around the world.

There can be no doubt about the ENORMOUSLY powerful & positive impact of Sidney Poitier on the Global image of Blackness. He not only broke the glass ceiling for Black actors, but he used his success to promote Black empowerment, civil rights, and was a shining inspiration for Black people everywhere (of special note is the impact he had on the great Nelson Mandela). Mr Poitier was a titan in a World that still treats Black people with discrimination. Rest in Peace Sir. You are truly a hero beyond measure. ✊🏽🙏🏾🕊❤️

Sidney Poitier […] was a big deal; an integral part of our growing up. His films were big events in Jamaica and he was a powerful role model; new and different; a smart, confident, accomplished, proud Black man, where few had starred before. Lest we forget.

On Facebook, Bahamian filmmaker Maria Govan posted a photo of herself with Poitier, saying:

Thank you Sir Sidney. You were so incredibly generous and supportive! Called me cold while I was walking in Brooklyn to talk about “Rain,” and gave me so much encouragement on that call. I'm so grateful!
Journey on Sir! May it be wondrous, your next chapter!

The Third Horizon Film Festival, which screens and distributes films from the Caribbean and its diaspora, paid its respects via Facebook:

Rest in peace to legendary Bahamian-American actor Sidney Poitier […] Born right here in Miami, and raised a stone's throw across the ocean in Nassau, his family believed they descended from Haitian maroons who escaped to the Bahamas, thus explaining their French surname. So much is made of him being the first Black male actor to win the Oscar for Best Actor in 1963, a historic moment to be sure, but his legacy is so much greater, striding through the pressure cooker that was America in the 1960s to devote himself to civil rights activism and advocacy for his fellow Black actors while blazing his own path across the screen. He will be missed.