The song remains controversial to this day in Peru 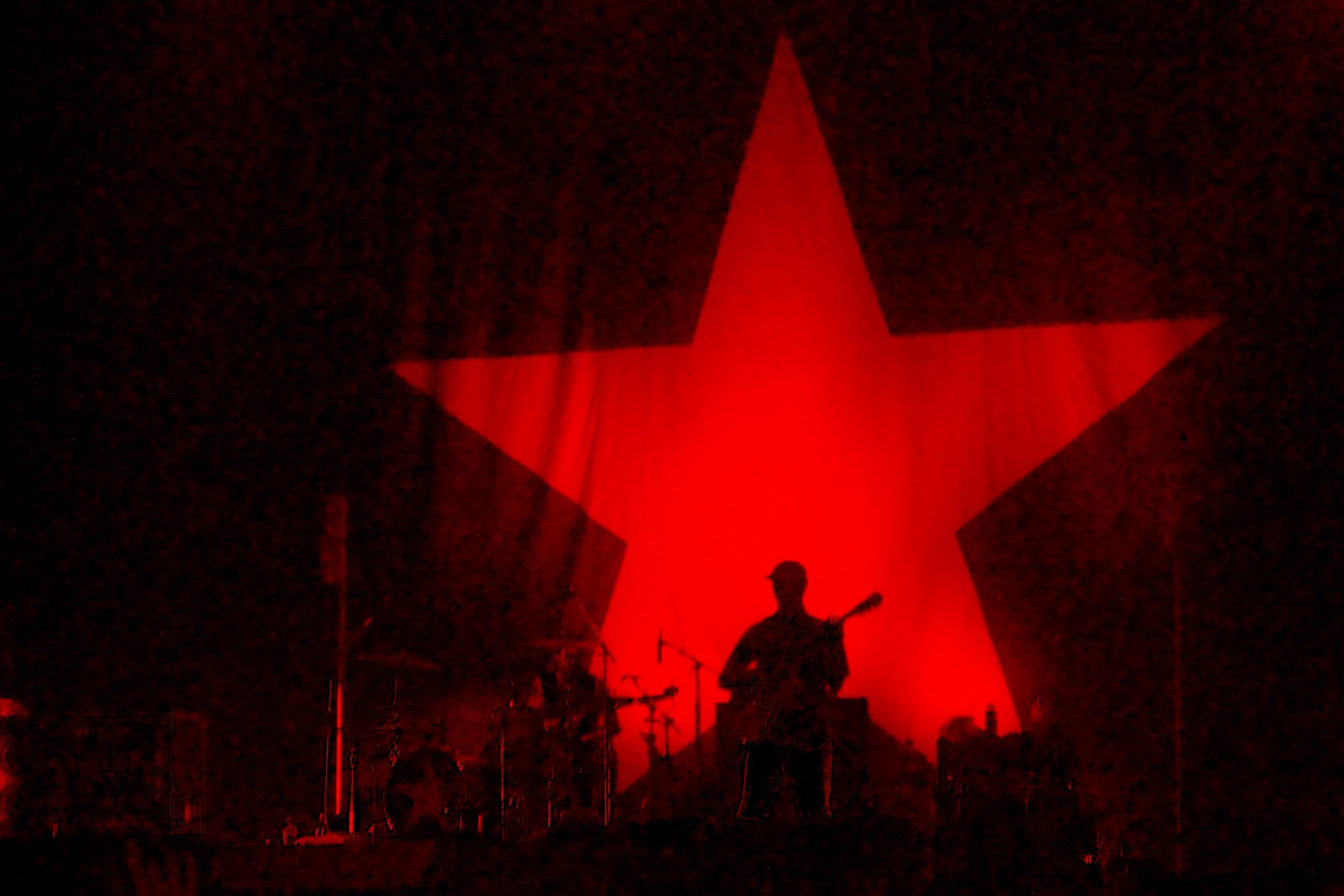 This article is part of our special coverage of controversial and banned music around the world.

In the 1990s, the song “Bombtrack” by Rage Against the Machine was being played on global networks such as MTV and was gaining popularity among English-speaking rock fans. Like most of Rage Against the Machine's material, the song's lyrics are about social protest, with a music video supporting the Peruvian Maoist revolutionary organization Shining Path (Sendero Luminoso in Spanish) and its leader Abimael Guzmán. However, many Peruvians question the story the U.S. band wanted to tell about the armed conflict in Peru. Polls show that today most citizens consider the organization to be a terrorist group. The song remains controversial.

The video clip for “Bombtrack” (1993), featured on Rage Against the Machine‘s first album, shows the band members inside a cage similar to the one that was used during the public appearances of Guzmán, leader of the Shining Path organization, declared a terrorist organization by the Peruvian government, the United States, Japan, Canada, and the European Union. As the video plays, words and images appear to tell the story of what, according to the band, was the confrontation between the “bad guys and the good guys:” the Peruvian government and the terrorist movements. Only four years had passed since the end of the Cold War.

In the 1960s, Latin America was going through military dictatorships and the rise of guerrilla insurgencies. Peru was no exception. In the 1980s, the country suffered political instability, inequality, and a severe economic crisis. In those years, a war broke out between the State and a guerrilla group led by the Shining Path, based on Marxist-Leninist-Maoist principles enforced with violence. “Guzman believed communism required the waging of a ‘popular war’ and criticized members of the [Communist Party of Peru – Shining Path (PCP-SL)] who merely wanted to organize the workers,” Insight Crime writes.

Rage Against the Machine is an alternative metal band from California, United States. The group is known for its political messages of leftist political ideology. It is led by Zack de la Rocha, an activist and poet of Mexican descent, and guitarist Tom Morello, considered one of the 100 best guitarists in history, according to Rolling Stone magazine. Morello still plays during performances on a Fender Telecaster with a sticker with the words “Sendero Luminoso” on it.

They romanticized the actions classified as terrorist in Peru, as well as the personality cult of Guzman, leader of the Shining Path, who died in September 2021. Guzman was captured and sentenced on terrorism charges in 1992.

However, many Peruvians do not share the view that the group spread. During the Internal Armed Conflict, the Shining Path committed attacks and assassinations that generated instability and anxiety in the country, causing the death of 30,000 people. According to the Truth and Reconciliation Commission, of the 46 percent of the total deaths of the conflict, 30 percent are attributed to agents of the Peruvian State, and 24 percent were caused by other agents or circumstances.

Sendero Luminoso is not a terrorist group because they rose up against the “Yankee capitalist system”, but because they were the protagonists of the darkest history of a country where people woke up every day afraid of not returning home.

Their actions began in 1980 in Ayacucho, in south-central Peru. Despite the human rights violations against vulnerable populations, the centralized government did not show much concern. However, this changed a short time later when Guzmán, who was also called “Presidente Gonzalo,” and his followers arrived in Lima. There, they assassinated military and police chiefs, congressmen, political and popular leaders, as well as mayors, and they exploded car bombs in the main streets of the capital, leaving wounded and dead in their wake. For all these reasons, Guzman is remembered as a perpetrator of genocide and a terrorist by 80 percent of Peruvians, according to one of the country's main pollsters.

A user named Jose Antonio Saldivar Carrasco wrote a comment under the official Rage Against the Machine video on YouTube:

I am a fan of Rage against the machine, since I first knew them…. But I don't share this idea… Sendero luminoso killed too many innocent people in a horrible way… My uncle lost his 8 brothers and sisters and [they killed] a lady, all tied up in a square, my uncle was saved because he was a child and only worked in the municipality carrying letters…

The Shining Path is still active to this day, as it has created an alliance with drug traffickers in central Peru (VRAEM), but it is on the decline. On May 23, 2021, 16 people were allegedly killed by the Shining Path before the second round of the presidential elections scheduled for June 6.