China is expected to announce more lists in the coming months 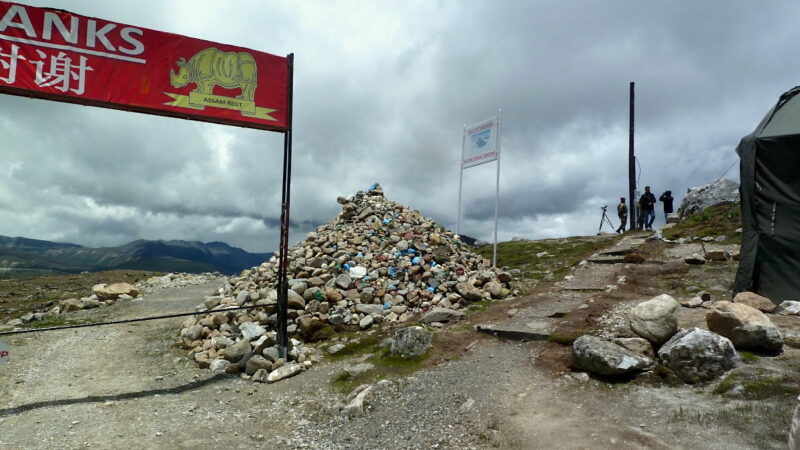 After China announced standardized names for 15 places in the northeastern Indian state of Arunachal Pradesh, India reacted strongly, saying that the state is an integral part of India and China does not have the right to rename places. However, Indians on Twitter rose to the occasion, naming Chinese places with Indian names in a hilarious engagement.

On December 30, 2021, the Chinese state-run Global Times reported that China's Ministry of Civil Affairs has standardized “based on sovereignty, history” in Tibetan, Chinese characters and Roman alphabet the names of 15 places in Zangnan (South Tibet) which consists of areas in Arunachal Pradesh. Among the changed names eight are residential areas, four are mountains, two are rivers and one is a mountain pass.

China's Ministry of Civil Affairs today in a statement puts out what it calls ‘standardised’ names for 15 places in Arunachal Pradesh, to be used on Chinese maps. This follows 6 places renamed in 2017, and ahead of a new border law coming into effect on Jan 1, 2022. pic.twitter.com/XoeWEWEoKR

India considers that the legal national border with China is along the the McMahon Line in Arunachal Pradesh, which was decided by representatives of Tibet and British India as part of the 1914 Simla Convention. However, China does not recognize this, saying that Tibet was not independent of China and there was no Chinese representative at the convention.

In Chinese maps, around 65,000 sq km of the territory south of the McMahon line is shown as part of the Tibet Autonomous Region (South Tibet); the dispute has led to border skirmishes over the past few decades.

In 2017, China first unilaterally renamed six “official” names for places in Arunachal Pradesh, allegedly to reaffirm the country's “territorial sovereignty” to the region. This new move to change 15 names came ahead of the new land border law, which took into effect on January 1, 2022. Under this law, China is mandated to “take measures to safeguard territorial integrity and land boundaries,” among other things.

The Indian Ministry of External Affairs, however, stressed that China's actions do not change the fact that Arunachal Pradesh is an integral part of India. Indian journalist Sidhant Sibal tweeted:

Reacting to the news, Indians took to Twitter to retaliate with made-up Indian names for Chinese places.

Twitter user Harpreet (@CestMoiz) shared the news with some renaming invention of a local Whatsapp community:

On one of my WA groups, folks have done some renaming of their own:

Beijing as Bhujang Nagar, Tibetian capital Lahsa as Laxmangarh and Tibet as Tivatianagar!

If Arunachal is an integral part of India, forget about 15 names even 1000 names doesn't matter. It is us who give names not China. China is just playing (a) propaganda game.

https://t.co/E6iUTf11wS
This is not a recent development. As for renaming it doesn't change anything. You cld rename places in China. Wll that mean those places belong to India?

If China renames Places of Indian State Arunachal Pradesh then India must rename #Beijing as “BIJANPUR”.#ArunachalPradesh is, was and will always be an integral part of India.
But It's true that #Tibet is not #China.#FreeTibet #Tibetan pic.twitter.com/VsMgMOCYV8

A new attempt by China to rename some villages in Arunachal is yet another effort at trying to legitimise its illegal and immoral claims of extra territory from its neighbours. Its silence on giving back Aksai Chin to India, is however,deafening.#China#India#ArunachalPradesh

Sudha Ramachandran mentions in The Diplomat that a similar tactic was used by Beijing on the disputed South China Sea. In April 2020, China announced the Chinese names of 80 islands and reefs in the South China Sea in addition to their coordinates to mark out claims. Ramachandran predicts that the Chinese government is expected to announce more lists in the coming months.