The state oppresses indigenous peoples in interests of private-sector capital 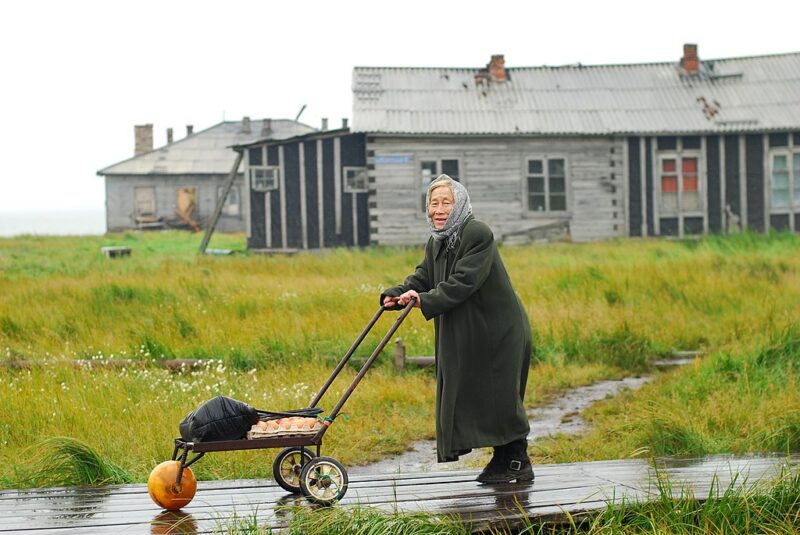 This article by Tatiana Britskaya was originally published by Novaya Gazeta and appeared on Transitions Online on December 13, 2021. It is republished as part of a content-sharing partnership and has been edited to fit the GV style.

One hundred and sixteen international organizations and dozens of individuals have signed an open letter to Russian President Vladimir Putin and Foreign Minister Sergei Lavrov, demanding that they call off repressive measures against those who defend indigenous peoples. The letter was prompted by the recent detention in Murmansk Oblast of Andrei Danilov, director of the Sami Heritage and Development Fund. His case is not unique. On the contrary, pressure is growing on indigenous activists from Russia’s north, Siberia, and far east, even though the groups are almost totally uninvolved in politics in the literal sense. Their concerns are more down-to-earth: the survival of their small populations, with their pressing problems.

Against a background of repression of political activists, persecution of the independent press, and the search for extremists among students and selfie enthusiasts, it seems completely absurd to be exerting pressure on indigenous people. What was the real reason for the Yamal police’s claim that a get-together of reindeer-herders in the tundra constituted a “rally” (which was the charge in the case of activist Eiko Serotetto)? Eventually, it was not deemed a rally, but soon afterwards Eiko was charged with assault, a fight he did not start, and he was sentenced to three months of restricted movement.

And what was the harm or hindrance to the government done by Yana Tannagasheva, a native of the Kuzbas (southwestern Siberia), fighting to preserve the Shor people’s ancient settlement of Kazas? Her father’s house was burned down and she herself has been forced into exile. The settlement of Kazas is no more.

Or perhaps there is some threat to the country from Andrei Danilov, whose entire activity comes down to one simple proposition – that the laws passed in Russia must be upheld. The Constitutional Court itself has apparently acknowledged his right, in confirming that the activist seeks the application of the laws of the Russian Federation. However, shortly afterwards, he was detained and held in a cell, where he received a visit from a man in civilian dress, who told the Sámi man how hard things could be for anyone close to such overly active citizens.

Then the Monchegorsk city court sentenced Danilov to five days’ detention for refusing a search without witnesses. In the decision, the judge cited a law which allows police to carry out searches of individuals’ belongings at public gatherings, although when the police officer was questioned, [his explanation was] completely in line with Danilov’s testimony.

When Arsenty Nikolaev of the Evenks, a member of the Yakutsk parliament and head of a village association, recently died after a year of house arrest, the news was announced by officials from the gold-mining company which had built a road through the community’s land. Nikolaev had allegedly pressured the company to use the services of Evenk transport companies. Although arbitration found that the mining company had acted voluntarily, the criminal case against Nikolaev was not dropped.

Stepan Petrov from Yakutia (also known as Sakha) is a “foreign agent” twice over, having been entered into the “register of mass-media organizations carrying out the role of foreign agents.” Russian communications and internet regulator Roskomnadzor also charged Petrov with not displaying the “foreign agent” tag on 14 Facebook posts. In desperation, Petrov appealed to Mark Zuckerberg to help Russia’s “foreign agents” by writing an algorithm to automatically tag their publications.

This is the second wave of repression against indigenous peoples in Russia's history. The first happened during the years of industrialization, when the Soviets colonized the Arctic and Siberia, subordinating them to the needs of the country. Cut off at the knees, reindeer herders were simply resettled in reservations, while those who rebelled were sent to the Levashovo Wasteland, now a memorial site. This was how it happened in Murmansk Oblast, where the map of Sámi cemeteries shows that the native people were squeezed into the center of the Kola peninsula.

At the time of the Great Terror political purges in 1936-1938, 125 of the 2,000 Kola Sámi were arrested by Soviet authorities and the majority of them shot; 55 were sent to the Gulag. Only five survived. Those arrested included almost all of the Sámi intelligentsia and the creator of the first Sámi primer. Few in number, the Sámi submitted meekly.

Meanwhile, the Nenets people of the Yamal peninsula rose up, in a movement they called the Mandalada, outright refusing to surrender their reindeer to the state. Being left in the tundra without reindeer is equivalent to death. A 10-year sentence in a prison camp was meted out on the same day as the trial, without any investigation. Interestingly, the first Mandalada was relatively successful, and its leaders even held direct talks with the government. They issued an ultimatum: re-establish the rights of the shamans, equality between the kulaks (wealthier peasants who owned land) and the poor, abolition of food-supply restrictions, and almost total elimination of Soviet power in the Yamal. As a result, the Mandalada itself was liquidated, without bloodshed. The second uprising, in the 1940s, was savagely repressed.

The Dolgan people, living in the north of the present-day Krasnoyarsk region, also revolted against the division between the kulaks and the poor. Here is an extract from a letter of appeal by the leaders of the 1932 Taimyr uprising:

Acknowledging Soviet power as the power of the working people, and in no way striving to overthrow it, we, the natives of the Taimyr national district, from the very foundation of [the Soviet state] began to experience the burden of taxes and unprecedented pressure by the local authorities. The reconstruction of our economy on socialist lines began at the speed of central parts of the Union, without any consideration of the specific conditions of the north. The imposition of taxes, payments, strict fur quotas exceeding our real ability, incorrect definition of class structure, patrols by armed [ethnic] Russians, and the local authorities exceeding national policy in various ways among the local population, have led to complete fury.

The uprising on the Taimyr peninsula was swept away by rifle fire from a detachment of the NKVD (People's Commissariat for Internal Affairs), Soviet Russia's interior ministry.

Echoes of the past

Reading about the colonization of the north in the 1930s, it is impossible not to draw parallels with today. Simple and completely reasonable requests – not even demands, in the beginning – from the indigenous inhabitants were repulsed with disproportionate brutality. Meanwhile, decisions taken by the authorities bore the stamp of vicious ignorance – almost illiteracy – about the local lands and peoples. It was they who pushed the northern tribes to the edge of survival, and it was they who sparked protest.

Almost a hundred years later, we are again colonizing the Arctic. It is never off the agenda of the news agencies; it is a constant refrain in official speeches. For 21st-century Russia, the Arctic has become the same cherished goal as space was for the Soviet Union – though without the romantic flair. The Arctic is oil, gas, platinum! The Arctic is a weapon. It is power. Colonization is proceeding at full speed, and no less brutally than a century ago.

There is, however, a difference. If the first colonization of the Arctic was carried out in the interests of the state, then the current colonization, with all its geopolitical considerations, promises colossal riches for private-sector corporations. The Arctic is money. This time, the state machine does not serve the idea of universal happiness; it serves private-sector interests.

It is the Arctic agenda which Rodion Sulyandziga thinks underlies this wave of repression against indigenous peoples. He used to head the largest non-profit organization focused on the problems of the Arctic, the Center for Support of Indigenous Peoples of the North (CSIPN), until it was shut down by the Moscow city court on a formality in 2019. The organization had previously succeeded in removing itself from the register of “foreign agents,” but final victory went to the machinery of repression. Sulyandziga is convinced that the persecution of indigenous people is connected with Arctic issues:

For Russia, the Arctic is a matter of development, balancing the budget, gaining access to resources. Native peoples are in no way opposed to the country’s economic development. But a balance is needed between the interests of business and the rights of indigenous peoples. Business requires colossal territory – but land is [also] required by reindeer-herders, for example. The state should be the guarantor of that balance, and the guarantor of rule of law in this sphere. Yet instead the state simply gives business the green light. Anyone who opposes it comes under pressure from the authorities.

“Being deemed a ‘foreign agent,’ or mad, or a criminal – this is what awaits an activist in Russia,” is Andrei Danilov’s gloomy summing up, as he prepares for a fresh court battle with local officials who are unwilling to accept the Constitutional Court’s ruling without a fight. On the same day, he will again be on trial for “disobeying the police” as he attempts to appeal in the regional court against his already-served detention. His Facebook status reads: “We must speak even when there is no hope,” a quote from a film about the Sámi’s anti-colonial uprising in Norway. The uprising was brutally put down. However, the Sami achieved equal rights – after 200 years. And now no one can set foot in the Norwegian Arctic without their permission.

The Sámi of Russia also consider themselves the guardians of the north. They have never had property rights in their lands. Securing a portion of the tundra or of a lake for a family did not mean a right of use, but an obligation to protect and enhance this small piece of the Arctic. And it would not be a bad idea for us to learn from them.