Turkish finance minister wrecks economy ‘with a twinkle in his eye’

The minister dodged questions on the economy's failing figures 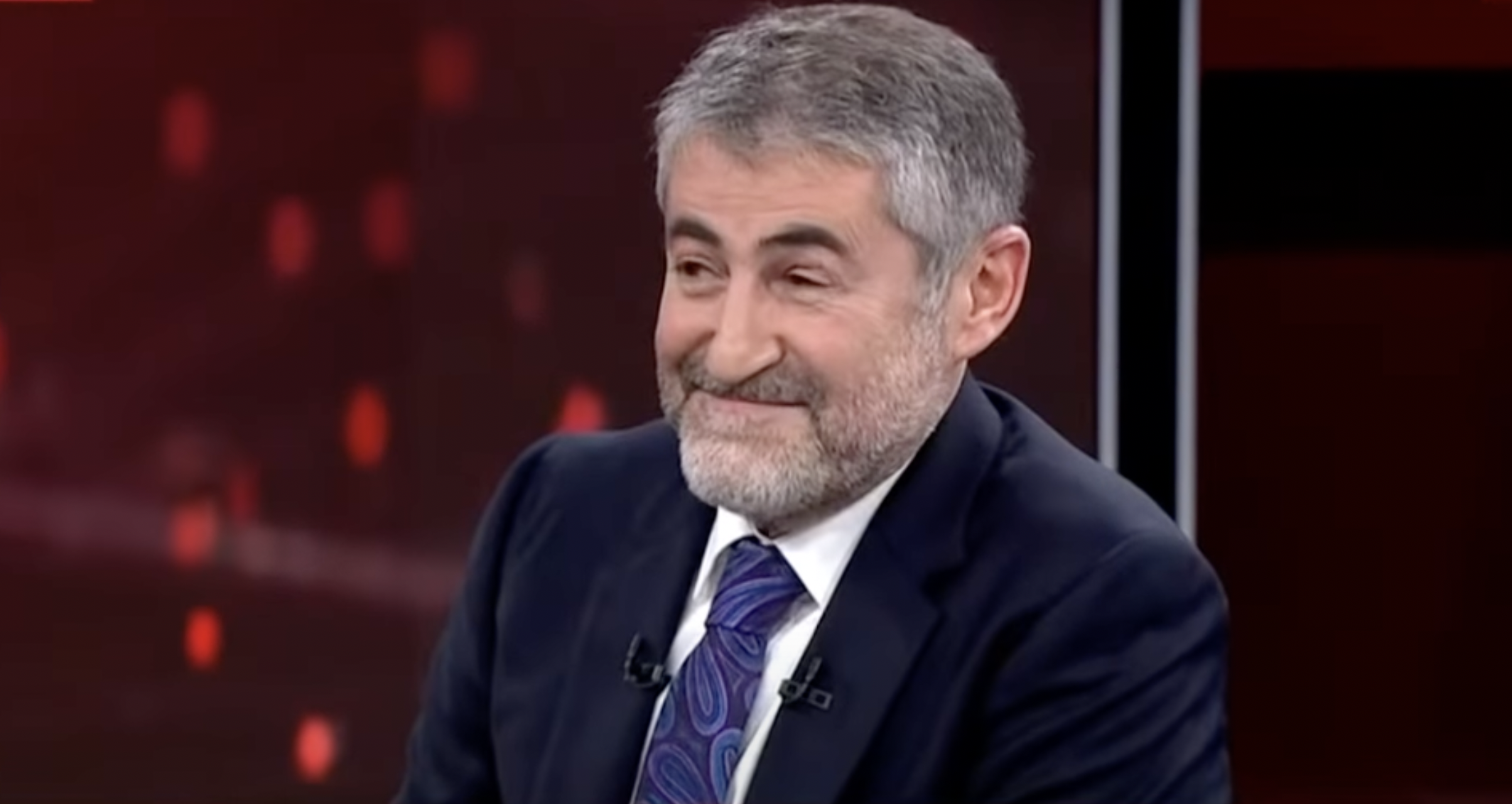 A screenshot from the televised interview with Minister of Finance Nureddin Nebati. TRT News.

Turkish Twitter-sphere was full of memes and jokes after the country’s new Minister of Treasure and Finance, Nureddin Nebati, exclaimed in a TV interview that the economy was about the “twinkle” in his eyes. The twinkle was the minister’s response to a question on economic indicators as the country navigates its worst-ever financial crisis, largely caused by President Recep Tayyip Erdoğan’s unorthodox economic policies, now dubbed Erdoganomics.

Nebati was answering questions on December 21 in a TV interview with journalist Gülçin Üstün Can about new rescue package introduced by the ruling Justice and Development Party aimed at protecting lira deposits from further depreciation. When Can asked the minister to share some of the data, the minister dodged the question, instead audaciously saying, “Let me not give the numbers now. Can you look into my eyes? What do you see?” Caught by surprise, the journalist said she saw happiness but that she would also like to hear more about the numbers, to which the minister said, “The economy is about numbers. It’s about wishes, trust, stability, and expectations. The economy is the twinkle in the eyes. My friends see the twinkle in my eyes.”

Our new economic model: EME (Eyes are the mirror of the economy).

The Minister, appointed December 2021, is a President Erdoğan loyalist who does not have an economics degree. Turkey’s former minister of finance was President Erdoğan’s son-in-law, Berat Albayrak who resigned unexpectedly in November 2020 after his father-in-law sacked the then-governor of Central Bank Murat Uysal.

Albayrak’s resignation followed “a fresh bout of turmoil for the Turkish lira,” with Central Bank spending “tens of billions of dollars of its foreign currency reserves” in an attempt to defend the lira.

Replacing Albayrak was Lutfi Elvan but he resigned earlier this month amid the currency crisis. Nebati, was deputy minister of treasury and finance and is now the third finance minister appointed since Albayrak’s resignation last year.

The new minister seems to have chosen a different path. Relying on fear as well as the twinkle in his eyes.

On December 25, speaking to AKP municipality heads at a meeting, the Minister alluded to consequences for those who refuse to comply with the new policies. Others have reported police security forces going around grocery stores enforcing price reductions.

Security forces going around shops and supermarkets in the Ankara district of Polatlı and telling staff which prices are too high and need to be lowered. https://t.co/6nX08kH5jK

In a letter addressing the Finance Minister, one factory worker wrote that the twinkle in the eyes of the newly appointed minister comes at the people’s expense:

We saw that twinkle as workers too but the problem is that the twinkle was stolen from us. That twinkle belongs to the youth whose futures you have been playing with, retirees struggling to make it to the end of the month due to low salaries, and scores of unemployed you have left behind. We see that twinkle in the eyes of all the bosses in this country.

The president’s latest intervention centers around suppressing the “retail investor demand for dollars. If the lira’s decline against hard currencies exceed banks’ interest rates, the government will pay holders of lira deposits the differential.”

“You receive the current deposit rate and on top of that you can get the differential, so that’s an incentive for foreign currency holders to switch into lira,” explained Emre Akcakmak, managing director of Greenwest Consultancy in Dubai in an interview with The Economist. But Akcakmak warned that the incentive “is not sustainable, because the burden on the treasury will grow as long as this is in place.”

The intervention announcement worked for now. The Turkish lira gained some of its lost value, “moving from 18.36 to as low as 11.11 against the dollar.”

Some analysts suspect that the sweeping decline in exchange rates in Turkey was triggered after the government spent over USD 100 billion of the central bank’s reserves to prevent the lira from depreciating — something the ruling government denied. Though the government claims to have not intervened in the most recent dip, “the fall of $5.9 billion probably signals a backdoor intervention similar to operations carried out over two years from October 2018, when state lenders sold dollars to support the local currency,” reported Bloomberg.

According to the Wall Street Journal, “the bank has limited ammunition to engineer a full-scale recovery in the lira without a change in policy from Mr. Erdogan, who has tried to fight soaring inflation with cuts in interest rates—a course most economists say will make the problem worse.”

Speaking to WSJ, Timothy Ash, an emerging-market strategist at BlueBay Asset Management said, “We’ve reached a point that they recognize we’re on the brink of a systemic problem and if they can’t raise rates, they use foreign currency intervention.”

Such interventions also have left Turkey’s Central Bank reserves “with a net-negative foreign currency reserve.”
In the meantime, those who critique the government’s unorthodox economic policies have been “accused of violating an article of the banking law that protects the reputation of banks.” On December 27, Banking Regulation and Supervision Agency, the country’s banking watchdog, filed criminal complaints against several individuals, including former chiefs of the monetary authority, economists, lawmakers, and media commentators.
Emin Çapa, an independent economist who was accused of violating the law, denied the allegations on his personal account.

Friends, thank you for your support. I am going to speak shortly. I am not aware of all the details. But this won't frighten or deter me. It is my responsibility as a citizen, human and a professional to continue telling my people about the reality.

Earlier this month, police arrested three YouTube personalities for interviewing citizens about their financial difficulties. They were all placed under house arrest on charges of “inciting hatred and animosity against some groups” and publicly “denigrating the state and government.”
Erdoğan has also lashed out at those complaining of unemployment. Speaking to workers in Turkey’s province of Gaziantep, the president called them “ungrateful,” adding, there are jobs for anyone who is looking.
Sentiments outside the Presidential palace are rather different. Longer bread lines, concerns over daily expenses, as well as increasingly eroded trust in the government are signaling potential problems for the ruling coalition ahead of the 2023 election. According to the most recent poll by the polling agency Metropol, the Mayors of Istanbul and Ankara, both representing the main opposition  Republic People’s Party, are favorites for the presidential election.