Awareness and debate about racism have been growing in Portugal over the last four years. While there have been numerous racist incidents in the political and media spheres, some activists are finally earning the respect and recognition that they deserve. Mamadou Ba, a prominent activist living in Portugal who has dedicated his life to fighting racism and hate speech, recently won the Award for Human Rights Defenders at Risk, presented by Front Line Defenders.

The award, alongside a slew of achievements and backsteps in Portugal's race relations, has sparked discussion about the country's colonial links and present-day racial issues.

This was particularly clear in 2019 when, for the first time, three Black women were elected to Portugal's parliament.

The three women elected — all of Guinean origin — were Beatriz Dias with the Bloco de Esquerda party, Romualda Fernandes with the Partido Socialista, and Joacine Katar Moreira with the Livre party. The government of Guinea-Bissau called it a “historic moment” in Portuguese democracy.

Joacine Katar, the sole elect from her party, attracted the most attention and controversy. After her election, some people said that she should not take office because she was not Portuguese and should even be deported to her country of origin.

One of the most critical voices was fellow deputy, André Ventura, who leads one of the most conservative far-right parties in Portugal. In response to the criticism, Joacine's party lamented that instead of inspiring a celebration of Katar's achievements, this election led to attacks on her character. Their statement said:

Faced with the continuous personal attacks and racist and sexist references by right wing MPs and party leaders, namely from the CDS-PP and the extreme right party “Chega”, aimed at Joacine Katar Moreira, the sole representative of the LIVRE party, LIVRE can only vigorously reject these attacks and the use of derogatory and defamatory language that perpetuates racist and sexist prejudices in Portuguese society.

Ventura's attack was also seen as a strategy to delegitimize people of color within the political sphere and tamp down policies that promote racial-ethnic equality, as recounted by a local outlet.

On 19 May, Katar wrote a post on her Facebook page in which she highlighted the need to fight racism:

On 21 March we celebrated the International Day for the Elimination of Racial Discrimination. I asked 100 people to use their voices and their words to speak out. And I ask you to listen to them. Racism is fought from a position of listening. On 20 and 21 of March I will publish 100 cards here. Thank you, and the fight is for everyone!

Unfortunately, Katar isn't the only political figure to face racist backlash. In August 2020, an anonymous email was sent to deputies Mariana Mortágua and Joacine Katar Moreira giving them “a 48-hour deadline” to “resign from their political functions and leave Portuguese territory.” The perpetrator threatened to harm their family members if they did not comply, in order “to guarantee the safety of the Portuguese people.”

In another gross instance of racism, sports fans inundated Lisbon clubs’ sportsman Hugo Gil e Benfica's Facebook page with racist comments attacking a commentator from the channel Televisão Pública de Portugal, RTP, after he criticized Gil e Benfica. After the incident, Gil e Benfica made a public appeal to his followers to stop spreading such comments:

Sorry people, but on this issue I am completely against [this]. And in this fight I am on the side of Blessing or whoever else, even if you have criticized them in your own opinion.

It is not easy to manage so many comments, and this is not [just] an excuse. I feel ashamed of this situation and any [such] comment will be condemned and deleted. We are much more than this. My sincerest apologies.

PS: Thank you to the people who alerted me and were concerned about the situation.
#racismNO

All these cases culminated recently in the recognition of Mamadou Ba. Ba has been a member of the SOS Racism movement since 1999 and is a founding member of several national and European organizations defending the rights of migrants and racialized people.

Mamadou is one of the most prominent voices of the anti-racist movement in Portugal and is also often targeted by far-right and neo-Nazi movements.

For example, in early 2020, Mamadou Ba received a letter at his home containing a death threat. In February 2021, an online petition was launched to strip him of his Portuguese citizenship and to deport him from Portugal. And since June, SOS Racism’s headquarters has been vandalized twice with swastikas and racist insults.

Born in Senegal, and an immigrant, Mamadou has dedicated his life to anti-racist activism. (cont.)https://t.co/iGBSb9Ij8N pic.twitter.com/6HE0aWsGpb

In recognition of his efforts, Front Line Defenders gave the Award for Human Rights Defenders at Risk to activist Mamadou Ba, from a list that included various international activists. 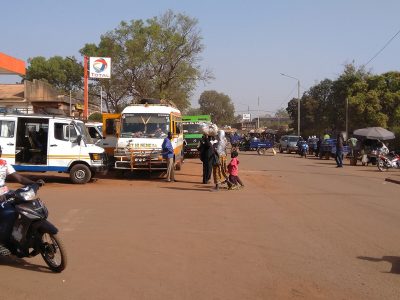 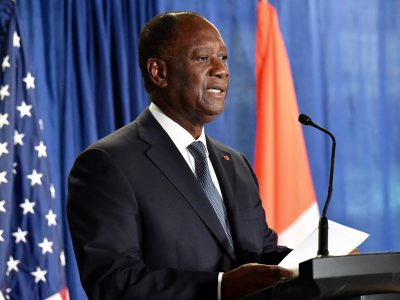