2021: A fruitful year for Indigenous communities in Taiwan 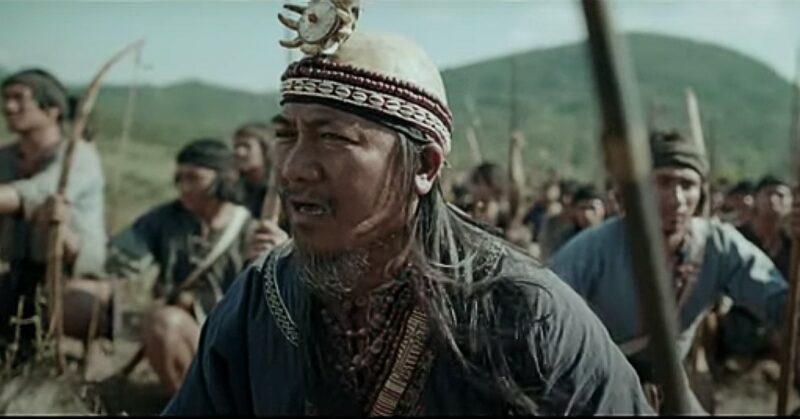 Despite the ongoing global hardships this year, 2021 was a uniquely fruitful year for Indigenous peoples in Taiwan. Indigenous community members won Olympic medals, received prestigious musical awards, and explored their history through a major TV drama.

Indigenous peoples in present-day Taiwan are descended from the Austronesian peoples and have been living in the Taiwan archipelago for thousands of years. Beginning in the 16th century onward, Indigenous peoples in this region were faced with an onslaught of military conflicts as newcomers, including Dutch and Japanese colonizers, invaded their land. After the Kuomintang (KMT) settled in Taiwan in 1949, they faced forced cultural assimilation and 40-years of oppression under martial law. Due to this history, Taiwan’s Indigenous peoples have been deprived of employment and educational opportunities and their cultures and languages are severely endangered.

In recent years, particularly after President Tsai Ing-wen issued a formal apology over past injustices, there has been a greater awareness of the plight of Indigenous peoples, and efforts to reverse the trend by saving the Indigenous languages and mainstreaming their cultures and history.

All these efforts have finally begun to bring the attention and recognition these groups deserve.

This year, among the 68 Taiwanese athletes in the Tokyo Olympics, 13 are from indigenous communities. Kuo Hsing-Chun, whose Amis‘ name is Tana, broke three Olympic records and won the Olympic Weightlifting Women’s 59kg champion.

🇹🇼 "Yang, of Paiwan Indigenous background, won the first Olympics judo medal for Taiwan at the Tokyo Olympics this year, which earned him the nickname 'Judo male god'."
Via @Focus_Taiwan https://t.co/Pux4ZkQuIs

Taiwan's indigenous peoples have also managed to preserve their music through the cultural ceremonies of their tribes, despite the history of oppression and colonization in the region.

While many indigenous singers, such as diva A-Mei (張惠妹) and Ayal Komod (張震嶽), have built their careers by singing popular Mandarin songs, many have insisted on writing indigenous songs and music. And quite often, these indigenous singers are more willing to speak out on cultural and environmental issues.

Earlier this year, when Puyumaian singer Sangpuy Katatepan Mavaliyw received the Best Indigenous Language Singer and Album of the Golden Melody Awards, he raised concerns over the construction of a solar farm near his tribe:

My tribe, the Jhihben tribe, is facing an environmental problem, and I hope you can spare some time to look into it. I hope we will have land justice and environmental justice for my tribe and for every corner in Taiwan.

The solar farm construction site is located in a wetland area in Taitung where the ancestors of Katratripulr tribe lived. In addition to environmental concerns, there is also controversy about the ongoing dispossession of indigenous land in the name of development.

Panai Kusui's parents are Amis and Puyuma. She is a singer and a land-justice activist. This year, when she received the Jury's award of her record “Love, and yet” in the Golden Indie Music Award in Taiwan, she urged the public to pay attention to the referendum about the Fourth Nuclear Power Plant:

We will die one day eventually, and what kind of world do we want to leave for our children? We make music and art, but what exactly do we make music for? Nowadays we do not earn much money through making music. If we cannot tell people what is in our mind, why do we make music? We are shouting. Keep shouting. Why didn’t anyone talk about the Fourth Nuclear Power Plant today (in the ceremony)? Of course we should not agree to reopen this nuclear power plant! We will have a referendum about it in December. Why didn’t anyone mention about it? This is an important issue!

On 18 December, Taiwan held a referendum seeking to unseal and restart work on Taiwan's Fourth Nuclear Power Plant. Eventually, a majority of 52.3 per cent voted against the proposal.

Historical drama “Seqalu: Formosa 1867” produced by @ptstaiwan has been wowing #Taiwan🇹🇼 audiences since its August release. The 12-part series set in the country's south depicts the complex ties between indigenous & settler communities. (📸 via PTS) ▶️https://t.co/4Y9GL8KSoD pic.twitter.com/SB0UUlOlaN

The historical drama “Seqalu: Formosa 1867″ produced by Taiwan Public Television Service has attracted a lot of comments as it told the history of Taiwan from the perspective of the indigenous peoples.

A screenshot from “Seqalu: Formosa 1867″ via PTS’ Youtube channel.

The drama explores the shipwreck of an American merchant ship, the Rover, in 1867, which led to small armed conflicts between the US and the Seqalu tribe alliance in southern Formosa (Taiwan). Eventually, the groups reached a peaceful resolution after the American Consul Amoy Charles William Le Gendre and the Chief of the Tribe alliance Tokitok signed a Memorandum of Understanding.

All the major Seqalu characters in the historical drama were performed by Paiwan actors without much acting experience. Tokitok, the chief of Seqalu tribe alliance, was performed by Camake Valaule, a teacher in a Paiwan alternative school. His greatest passion in life was collecting, singing, and teaching traditional Paiwan ballads to younger generations of Paiwan. He shared what he learned from the drama in an interview after the filming

We cannot go back to 150 years ago, and we cannot change what happened 150 years ago. However, we can decide what we will become. Whether the choice is to surrender, to fight, or to find better way out, what the Chieftain Tokitok tried to do is to live by his values and keep peace, so all the people can grow, live, and share and work for this land together. I hope to bring this spirit to more people, more Taiwanese, and nurture the Paiwan people and other indigenous people.