Dr. Gama Bandawe warned about a COVID-19 mutation in August 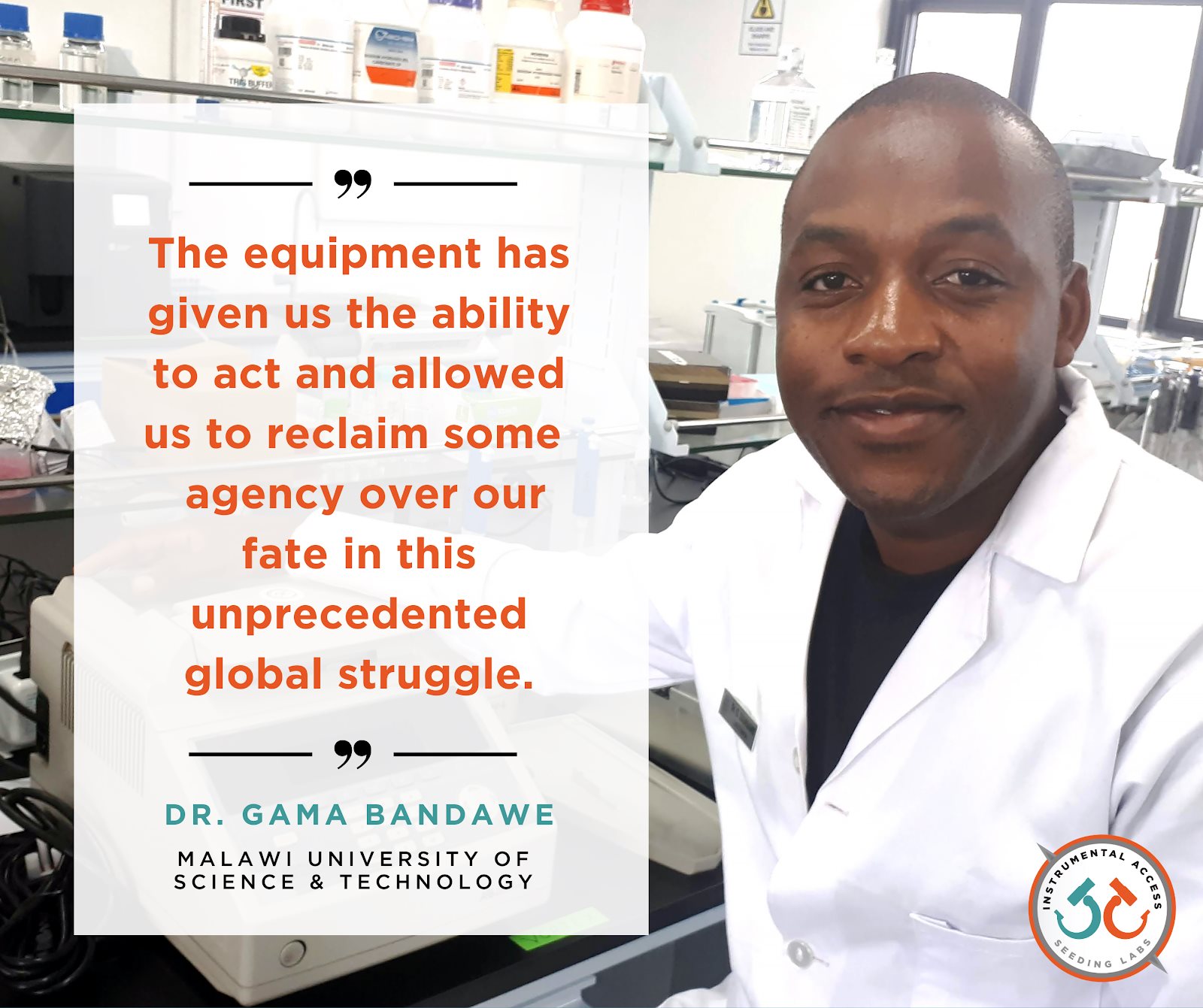 In August 2021, Dr. Gama Bandawe, a Malawian scientist, warned of the likelihood of a coronavirus variant that could result from huge numbers of people not accessing coronavirus vaccines.

I just want to go on record to say that the large numbers of unvaccinated people in many parts of Africa make it extremely likely that there's going to be a deadly variant that will emerge from the continent that will cause lots of further drama across the globe.
Thank you

Bandawe's prediction came to pass four months later. On Nov. 25, South African health minister Joe Phaahla announced the detection of the Omicron COVID-19 variant in the country’s Gauteng province, which is more transmissible than past variants, although Dr. Bandawe explains that scientists still don't know how lethal it is once someone is infected.

In this interview, Dr. Bandawe explains the science behind viral mutations and the naming of viruses, comments on the futility of government policy actions, and describes Malawi's capacity to detect variants, including Omicron. 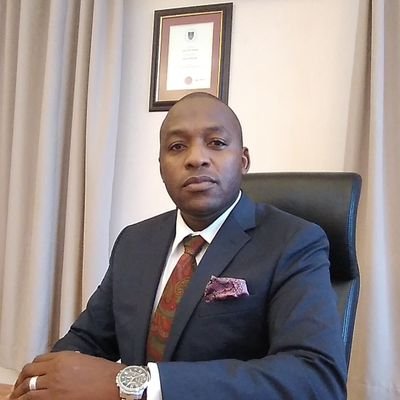 Dr. Gama Bandawe is a medical virologist and head of the Department of Biological Sciences in the Academy of Medical Sciences at the Malawi University of Science and Technology, where he is a senior lecturer. He holds a Ph.D. in medical virology, from the University of Cape Town in South Africa. He is currently doing basic research into COVID-19 in Malawi, and sits on the Diagnostics Subcommittee of the Presidential COVID-19 Taskforce as well as the Malawi Genomic Sequencing Committee.

On Dec. 5, 2021, Global Voices caught up with Dr. Gama Bandawe at the Malawi University of Science and Technology and asked him to explain to non-specialist audiences the science behind the warning he gave in his Aug. 1 tweet. We were curious if the “deadly variant” he warned the world about was the same as the Omicron variant. This interview has been lightly edited for length and clarity.

Gama Bandawe (GB): So at the time, I was quite frustrated that while there were some scientists and collaborators of mine that were interested and were actually taking action on the issue of vaccine inequality, there was still a kind of reluctance by many to pay attention to the issue and locally as well, people didn't really seem to see the urgency of the situation.

It's really simple. The virus mutates when it infects someone. So each new infection is a chance for the virus to pick up new mutations and become a new variant. The more infections there are, the more likely it is that a variant will emerge and the less vaccination there is, the more infections you will get. Also, when an unvaccinated person is infected, there is more virus and for longer, so chances are just higher that these new variants will emerge. Now when you actually take a closer look, you will see that the virus has picked up pieces of genetic material found in viruses that cause the common cold (another coronavirus) and even HIV probably because it was in someone who was infected by these viruses at the same time. The virus is basically being given free range to explore new combinations, mix and match with other viruses and just evolve further.

So yes, Omicron is definitely the type of thing I was warning about, although I want to be clear that it may not even be the main one because we don't know where it emerged. It may not even have emerged in Africa for all we know.

Dr. Bandawe's tweet received 133 retweets, 16 quote tweets, and 316 likes. However, this did not reveal the kind of reaction he received from fellow scientists or policymakers.

GV: Was there any interest in doing something practical about the problem?

GB: It was very interesting the reaction I got. A few people I know and interact with retweeted it initially and it was only when someone retweeted in the wake of the discovery of Omicron that it really got any traction. So it was nice to be vindicated in some ways but there's a lot more I see coming which isn't great. I think the issue might be a little tricky for some global scientific leaders to handle to be honest because when discussing this issue many seem to feel that the real interesting story is figuring out what the immune reaction to the virus is all about rather than the emergence of variants. I think both issues are equally important because they play such an important role in the future of vaccination.

Perhaps I'm a little biased because my background has been so much in looking at viral diversity. But to answer your question, yes, there are so many efforts people are putting together to tackle this issue, even here in Malawi. We always wish we had much more resources and capacity but kudos to those people in positions that are doing all that they can. I do think that we can do a whole lot more to inform people and encourage people to get vaccinated and increase access to vaccines from our political leaders. I hope that the vaccine hoarding, withholding of vaccine IP and the blatant racism and lack of sense in some of the responses we are seeing to Omicron will help us really see that we really can't rely on anyone to act and do things for us, we have to get organised and make a big noise if we are to stand any chance.

The Malawian scientist also explained what goes into naming viruses and their variants:

GB: This has an interesting history and the issues related to this still persist. If you recall, the former U.S. president [Donald Trump] tried as hard as he could to label SARS-CoV-2 the “China virus” and the variants that were the first to emerge were called the UK, Brazil and South African variants. This is obviously problematic because people will always try to use this situation for political mileage and there is an awful lot of fear mongering, racism and other such stuff going on. Actually in virology, naming of viruses has been a constant issue since it is a field that is uncovering new viruses and variants constantly.

People disagree on the naming, or name the same thing differently depending on who claims to have seen it first, etc. So there is actually a committee called the ICTV (International Committee of Taxonomy of Viruses) that settles matters relating to virus classification and naming and I think they were involved in the initial naming of the virus as SARS-CoV-2. Variants were named after lineages as described depending on the tools used to assign the lineages but these numbers and letters were often ignored and the viruses were named after the places they were described at first.

The WHO and others decided that with the expected continued emergence of variants it would be better to name them after the letters of the Greek alphabet to avoid any stigmatisation if the naming was related to location. Also, and this is important, being the first to identify and name a variant does NOT mean the variant emerged in that particular location. In this case for example, South Africa is being punished for being so good at finding and detecting variants. The country has an amazing infrastructure built up over the years from fighting HIV and TB so it's better at detecting variants than most “big” science countries actually.

Global Voices further inquired how the scientific community could collaborate with the policymaking community to deal with this new variant, in ways that are not being done already:

GB: Well I think that scientists really need to help the policymakers do the actual things that will help us deal with the pandemic rather than push their own particular agendas. What we are seeing will continue I'm afraid and so far, our responses have been very selfish and nationalistic and therefore very short sighted in my view. I think everything that can be done has already been suggested, I don't have any clever new idea to share but I do wish we would listen a bit more to the experts.

Dr. Bandawe also weighed in on the effectiveness of the travel bans announced by governments in dealing with this pandemic:

GB: Total waste of time. This variant has been around for many weeks and is already being found in the very same places that are banning others. There is also no real sound logic or reasoning behind many of the bans. It really is just an excuse to be racist and xenophobic for many. Now we are seeing things like Canada saying they will no longer accept a negative PCR result from countries like Malawi and South Africa. I mean, that is just completely ridiculous and unhelpful to anyone. We have blatant attempts by some in the Global North to make COVID an African disease and this sort of myopic approach just helps absolutely nobody. I wish I could say I was shocked but back in March 2020, as I first started to really contemplate the world we now find ourselves in, I warned that we can expect to start to see this sort of thing pretty soon.

The best and worst-case scenarios that might unfold in the coming weeks, with regard to the Omicron variant, and the coronavirus:

GB: It's really hard to predict but I would say that at best, we will find that Omicron is really mild and that the virus is tempering its pathogenicity. This would mean that with time, the infection will be much less severe and harmful and we will slowly learn to deal with it.

The worst case scenario would be if the variant is very pathogenic and causes severe disease but also escapes vaccine induced immune responses. This would make the vaccines less effective and also force us to reevaluate the vaccines we have. This issue remains a threat with each subsequent wave and emergence of new variants. I know that it seems that the risk of reinfection with this variant is already shown to be high. This is not a good sign.

But once again here, we can take lessons from what we have been trying to do with HIV which mutates so much faster than this virus. We need to design a vaccine that is based on all the bits of the virus spike protein that do NOT change and effectively get a variant proof vaccine. I know that some of the leading groups are already hard at work on this issue. So there may be some good hope but it is clear to me that we will have to overcome a lot of selfishness, political interests, global geopolitics, inequality and racism as well as economic and social unrest along the way.