An Armenian spokesperson confirmed the nation is ready for dialogue 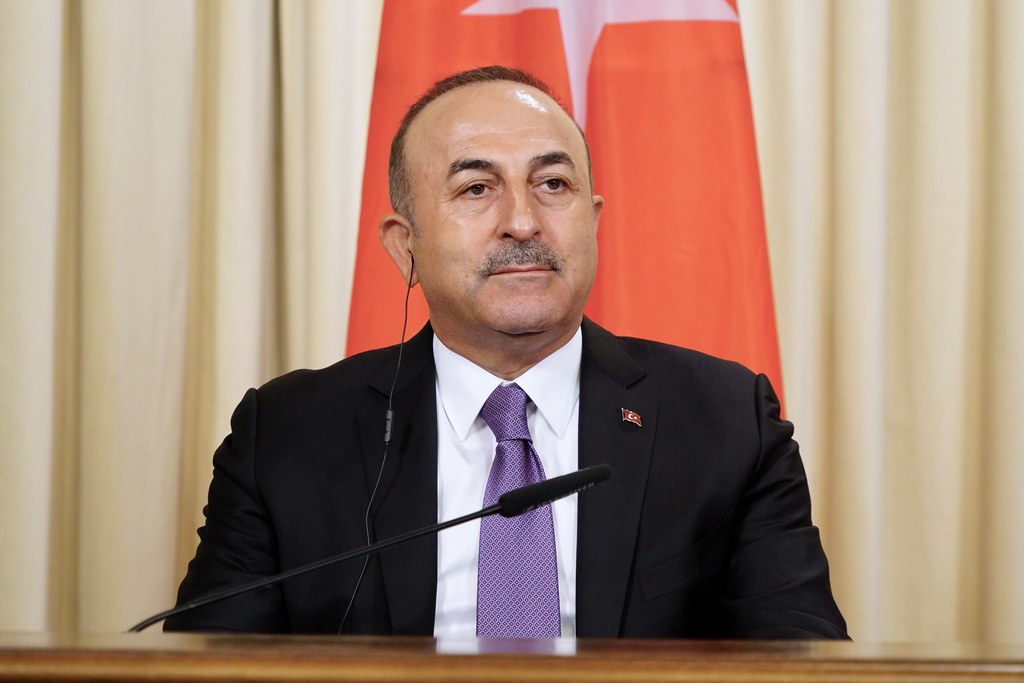 During his address to the national parliament, on December 13, Turkey's Foreign Minister Mevlüt Çavuşoğlu announced that Turkey was ready to normalize ties with Armenia. The new breakthrough includes mutually appointed envoys, and the resumption of charter flights between Istanbul and Armenia's capital, Yerevan, according to the foreign minister. The December 13 announcement comes just months after a series of positive diplomatic signs between Turkey and Armenia.

The steps could signal an end to the icy relations that have plagued the two nations for over 30 years. Turkey closed its border with Armenia in 1993 during the first Karabakh war in a show of solidarity with its long-time ally Azerbaijan. But it was not just the closed borders that hindered the ties between the two countries. According to Talha Köse, an Associate Professor in the Ibn Haldun University Political Science Department, “bilateral historical mistrust, negative perceptions, geopolitical confrontations during and after the Cold War and the lack of trade cooperation” also had a role to play. The two countries never even exchanged ambassadors.

Armenia has always been and remains ready for the process of normalization of relations with Turkey without preconditions, which is enshrined in the program of the Government of Armenia. In this regard, we assess positively the statement of the Foreign Minister of Turkey on the appointment of a special representative for the normalization of relations, and confirm that the Armenian side also will appoint a special representative for the dialogue.

Ankara said it was appointing Serdar Kilic as its envoy while Armenia has yet to name one.

Some regard the move as an attempt to improve Turkey's desperate economic situation and also bolster its relations with the US, which have been strained since Turkey purchased defense missiles from Russia — but others disagree.

Veteran journalist, Cengiz Candar wrote recently that the country's decision to change its course with regard to Armenia had nothing to do with reaping foreign policy or economic benefits. Candar wrote that it was “the shift in the balance of power in the South Caucasus” that “has driven Turkey and Armenia to normalize their decisions.”

Turkey and Armenia were close to finding some common ground in 2008 after representatives from each nation met in Zurich and agreed to a series of protocols designed to normalize relations between the two countries.

Following the meeting, Turkey's then-President Abdullah Gul traveled to Yerevan to watch the first of the two qualifying World Cup matches between Turkey and Armenia. A year later, then-President of Armenia Serzh Sargsyan, traveled to Turkey's province of Bursa to watch another football game between the two national teams. These visits were described at the time as “football diplomacy.”

The negotiations eventually fell through after Turkey withdrew due to mounting pressure from Azerbaijan. Armenia formally declared the protocols null and void in 2018.

The implications of renewed ties

Now, the chances of Azerbaijan interfering are slim. “Before Armenia's withdrawal from this region, Baku saw Turkey's opening of the borders as a betrayal and harshly criticized it. Now, after the truce, this issue is off the table and it won't be a surprise to see a milder tone from Azerbaijan than in 2009,” said Ankara-based political analyst Hasan Selim Özertem in an interview with Eurasianet.

“Establishment of diplomatic ties and unlocking the borders are of critical significance for Ankara to realize its strategic aspirations in the South Caucasus and beyond,” wrote Turkish journalist Fehim Tastekin for AlMonitor recently.

But this is also a “painful topic,” in Armenia, according to reporting by the regional news platform JamNews. The issue of Turkey not recognizing the events of 1915, the absence of diplomatic relations, and Turkey's support of Azerbaijan during the 2020 44-day Nagorno-Karabakh War, makes it impossible for many Armenians to view Turkey as an ally.

When addressing the parliament, Çavuşoğlu said Turkey would consult Azerbaijan at every step, conveying a clear message that, unlike the 2009 Zurich protocols, Ankara will not keep Baku in the dark, wrote journalist Amberin Zaman for AlMonitor on December 15. “In so doing, Ankara is effectively linking progress in its own dealings with Yerevan to progress between Azerbaijan and Armenia to strike a comprehensive peace deal of their own, which is far from assured,” wrote Zaman.

The involvement of Azerbaijan is something that is received with caution in Armenia. “Most Armenian analysts and officials believe that Yerevan should pursue normalization with Ankara one on one, without Russia, Azerbaijan, or anyone else getting involved. Turkey, meanwhile, appears to be more interested in pursuing normalization in the framework of its proposed “3+3″ platform, a regional body made up of the South Caucasus states and their neighbors: Armenia, Azerbaijan and Georgia, plus Iran, Russia, and Turkey,” wrote journalist Ani Mejlumyan for Eurasianet.

Beyond the diplomatic framework, Turkey is also interested in the potential economic prospects. According to the final point of the trilateral deal brokered by Russian President Vladimir Putin and co-signed by Armenian Prime Minister Nikol Pashinyan and Azerbaijani President Ilham Aliyev in November 2020, “all economic and transport connections in the region shall be unblocked.”

“At issue is a series of transport routes that have been closed since the early 1990s, cutting off Armenia and the Azerbaijani exclave of Nakhchivan from international access. If these closed routes are all ‘unblocked,’ as the agreement stipulates, the most noticeable impact will be a reactivated north-south route that runs from Russia to Armenia and Iran via Azerbaijan,” wrote Thomas de Waal, a senior fellow with Carnegie Europe, specializing in Eastern Europe and the Caucasus region. “A new good-quality rail network with minimal border controls would also boost east-west trade, especially if the Armenia-Turkey border, closed since 1993, is reopened,” noted de Waal.

The fragile Turkey-Armenia normalization process could be derailed at any moment, though Candar suggested the following steps could further strengthen the process:

First, the Armenian and Turkish special envoys will meet to discuss the opening of the land border. The process will probably be followed with the Turkish flag carrier’s landing on the tarmac of the international airport in the Armenian capital. The following step might be the appointment of ambassadors. If all of these are achieved, the railroad link between Armenia and Turkey, linking the latter with Azerbaijan, could be expected.