In 2013, 27 applicants lodged a lawsuit with the ECHR over homophobic attacks 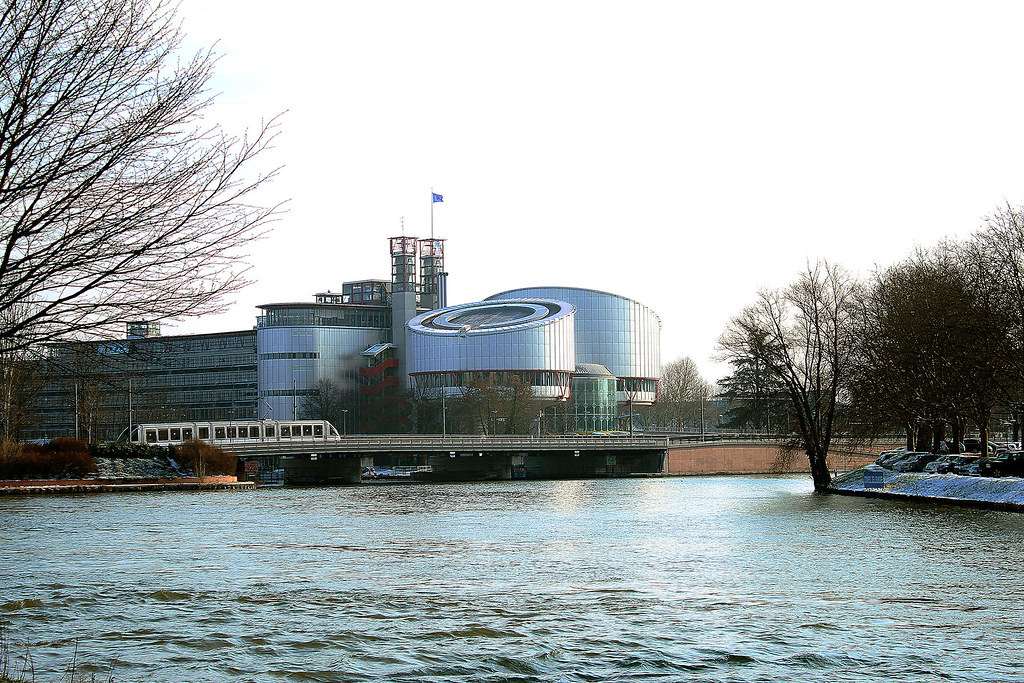 “European Court of Human Rights” by Katrinitsa is licensed under CC BY-NC-SA 2.0

On the International Day Against Homophobia, Transphobia, and Biphobia on May 17, 2013, some 50 queer rights activists were confronted in the capital Tbilisi by thousands of counter-demonstrators led by Georgian Orthodox priests. Despite heavy police presence in the area, counter-demonstrators arrived, some carrying rocks and metal gratings, and eventually broke through police lines to attack and chase queer rights activists, hurling rocks and eggs. Over eight years later, the European Court of Human Rights has finally condemned the attacks on queer citizens and the government's inaction.

Remembering the attacks and the hostile environment from that day, Giorgi Kikonishvili, one of the protest participants, wrote for OC Media:

I couldn’t believe it, are they throwing stones at us? Are they stoning us alive? I found myself rushing to the yellow evacuation buses. I looked back at the square and saw tens of thousands of people approaching like a tsunami aiming to destroy us. I couldn’t scream, I was just running and had one phrase in my mind: ‘We are too young for this to truly happen!’

Despite demands to investigate the attack, the local authorities in Georgia failed to do so.

In November 2013, a group of 27 people lodged a lawsuit with the European Court of Human Rights alleging that the authorities failed to protect them from the mob or carry out a proper investigation afterward. The applicants complained that the government violated the European Convention on Human Rights Article 11  (freedom of association) in conjunction with Article 14 (protection from discrimination).

On December 16, 2021, the European Court of Human Rights unanimously ruled that there had been a violation of Article 3 (prohibition of inhuman or degrading treatment) in conjunction with Article 14 (prohibition of discrimination) of the European Convention on Human Rights and Article 11 (freedom of association) in conjunction with Article 14 of the convention.

The Court called into question the independence and impartiality of the investigation into the violence against the applicants, noting that it had been carried out by the same unit of the Ministry of the Interior which had been responsible for ensuring safety at the rally.

Furthermore, even if two separate criminal cases had been opened, no tangible results had been achieved in either.

Such protraction exposed the authorities’ long-standing failure – perhaps unwillingness – to investigate homophobic and/or transphobic violence. It was imperative that the authorities investigate the possibility that discrimination played a part in the commission of an offence, given the well-documented hostility against the LGBT community in Georgia at the time.

It therefore held that the domestic authorities had failed to conduct a proper investigation into the hate-motivated ill-treatment of the 27 applicants, in violation of Article 3 read together with Article 14 of the Convention.

Tsiala Ratiani, a lawyer from the Women's Initiative Support Group (WISG) who represented 16 of the applicants in Strasbourg, hailed the ruling. In an interview with OC Media, Ratiani said, “In this particular case, the Strasbourg court found that the state had failed to ensure the safety of the people. There was both torture and discrimination against queer people.”

The recent ruling comes five months after a planned queer pride march in Tbilisi was called off when violent homophobic protesters once again took to the streets. At least 53 journalists were injured while covering the protest. One journalist, Aleksandre Lashkarava, 37, died a week later as a result of injuries sustained during the demonstrations.

In an interview with OC Media, Ana Subeliani, the co-director of Tbilisi Pride, the organizers of this summer's canceled pride march, said the top human rights court's decision was “historical.”

“It proves that, unfortunately, we have a systemic failure in Georgia regarding LGBT issues and that the situation in this regard is deteriorating with each year.”