The ICJ called for peace but refrained from requiring specific measures 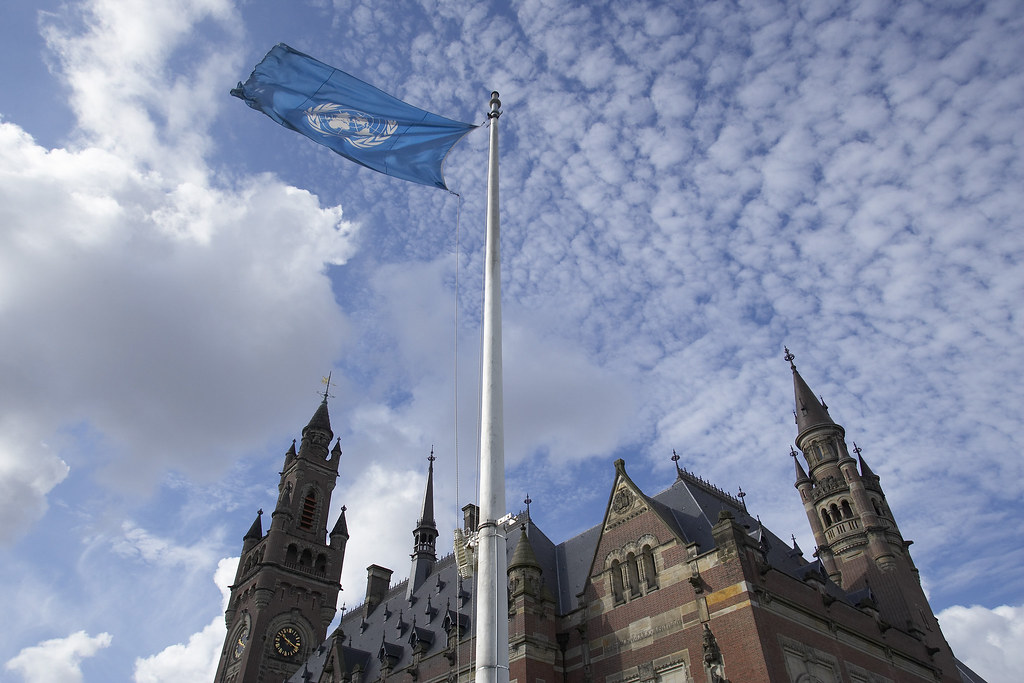 “International Court of Justice at The Hague” by United Nations Photo is licensed under CC BY-NC-ND 2.0

The United Nations’ top court, the International Court of Justice (ICJ), has ordered Armenia and Azerbaijan, to work to “prevent the incitement and promotion of racial hatred” following last year's 44-day war. The order was issued on December 7, 2021, and involved “officials and institutions” in Azerbaijan and “organizations and private persons” in Armenia according to Radio Free Europe/Radio Liberty (RFERL) reporting.

The two South Caucasus countries announced court proceedings against one another in September 2021. Both accused the other of racial discrimination in violation of the International Convention on the Elimination of All Forms of Racial Discrimination (ICERD).

“CERD is one of the few treaties to which both Armenia and Azerbaijan are both parties, making it a rare international forum in which they could potentially find legal support for the various post-war grievances they hold against one another,” reported Joshua Kuchera for Eurasianet on the recent court decision.

The court also ordered Azerbaijan to protect Armenian cultural sites on its territory from “vandalism and desecration” and to “punish” perpetrators.

The court also called on both countries to “refrain from any action which might aggravate or extend the dispute before the Court or make it more difficult to resolve.”

The international court did not rule according to the specific requests made by Armenia and Azerbaijan. While it ordered Azerbaijan, “to protect from violence and bodily harm” all Armenian prisoners of war, and “to ensure their security and equality before the law,” it stopped short of ordering their release.

At the same time, the court did not order Armenia to prohibit the use of landmines or require it to hand over landmine maps to Azerbaijan. Azerbaijan’s legal team has argued that Armenia had used landmines in “a longstanding campaign of ethnic cleansing.”

The court ruled that Azerbaijan did not provide evidence proving Armenia’s use of landmines with “the purpose or effect of nullifying or impairing the recognition, enjoyment or exercise, on an equal footing” of the rights of Azerbaijani ethnicity or nationality.

“It is unclear what the practical impact of the provisional measures will be, as neither side acknowledges that it is promoting racial hatred,” wrote Joshua Kuchera in his analysis following the court's decision, adding, “the court is likely to take years to weigh in with a final ruling on the claims,” and that, “there is in effect no enforcement mechanism to ensure that the sides carry out the measures ordered of them,” by the court.

Government officials in both countries declared that the rulings vindicated their respective positions.

Following the publication of the Court’s decisions, the Azerbaijani Foreign Ministry issued a statement in which they said that Azerbaijan is “committed to its obligations under international conventions” and that it “will continue to demand that Armenia be held accountable for violations of international law.”

The Armenian Foreign Ministry, meanwhile, stated that “Armenia will consistently pursue Azerbaijan’s compliance with the Court’s orders, and will inform the Court of any violation.”

According to reporting by RFERL, “The ICJ orders came days after Azerbaijan announced on December 4 that it had freed 10 Armenian soldiers captured during deadly border clashes in mid-November. In return, Armenia handed over maps detailing the location of minefields.”

On November 26, leaders of both countries, President Ilham Aliyev of Azerbaijan and Armenia's Prime Minister Nikol Pashinyan pledged to ease tensions at a meeting in Sochi.

The two leaders met again on December 15 in Brussels in a meeting hosted by the President of the European Council, Charles Michel where the EU President “welcomed the recent release of ten Armenian detainees by Azerbaijan and the handover of all remaining mine-maps by Armenia,” according to a statement issued after the trilateral meeting.