Chinese patriots attacked Hu for deviating from the party line 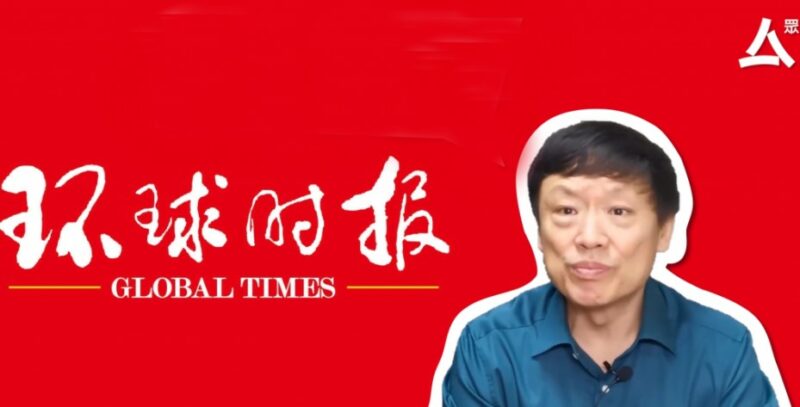 Hu Xijin, China’s most well-known and influential propagandist who had been editor-in-chief of the state-run tabloid Global Times for 15 years, announced on Weibo that he had retired from his position on December 16.

For months, Hu had been attacked by his fellow nationalists on Chinese social media leading some to believe that he was compelled to leave for his failure to follow the party spirit.

A number of social media outlets in mainland China revealed that upon Hu’s departure, Global Times would be restructured and two extra positions would be added: news director and executive director. Hearsay among mainland Chinese journalists on WeChat said Fan Zhengwei, 41, former chief editor of the People’s Daily’s commentary section will replace Hu as Global Times’ secretary of the Chinese Communist Party. Fan would also take up both the roles of news director and executive director.

As for the position of editor-in-chief, it would be taken up by Wu Qimin, former deputy director of the People’s Daily’s international news section.

Global Times is a daily tabloid newspaper, a subsidiary under the Chinese Communist Party's flagship media outlet, the People's Daily. It publishes about international issues, including Taiwan and Hong Kong, from a nationalistic point of view.

Hu's fellow patriots turn against him

Rumors about Hu's departure have been circulating among journalists for months. and some have speculated that Hu, 61, may have been forced to retire.

Hu was attacked by many online patriots in May after he criticized a viral Weibo post on an official Central Poli-Legal Commission account that compared a picture of a Chinese rocket launch with a picture of COVID-19 funeral pyres in India with the caption: “China lights a fire VS. India lights a fire.” Hu said the comparison was inappropriate, and backlash poured in. While the offensive Weibo post was deleted, he was attacked by numerous online patriots who called him 聖母婊 (a pretentious “bitch”) or a pretentious public intellectual 公知, terms used to refer to liberals who believe in universal value which are fundamental to human rights.

A more recent controversy surrounded Hu’s attempt to defend computer enterprise Lenovo against allegations made by another nationalist propagandist, Sima Nan, about the company's “cheap” sale of state-owned assets. Hu’s point of view was slammed as an “ideological mistake” and a failure to uphold the party’s spirit because, under Chinese President Xi Jinping’s “profound revolution,” the party has to strengthen its control over the private business sector.

The debate later turned into a personal attack with some online commentators suggesting that Hu had made huge personal gains by riding on Global Times’ influence and turning himself into a profitable opinion leader.

Hu reportedly owns a luxurious mansion in Beijing and has a son who emigrated to Canada. Some Chinese patriots consider it offensive and unpatriotic when Chinese citizens move abroad — particularly to Western nations. But Hu denied the relationship and stressed that he only has a daughter who lives in Beijing.

The announcement of his retirement on Weibo attracted sarcastic remarks, with some mockingly suggesting that his retirement plan is to emigrate to the US or another foreign country.

And there are a few serious attacks, too. For example, a popular patriot writer, Liu Jiming, recommended that the propaganda authorities should take over all of Hu's social media accounts:

Hu Xijin has announced retirement. Yet, his Weibo, Wechat public account, social media outlets such as Today Headlines are still operating. Does it mean that all these outlets would become his personal assets legally after his retirement? All these media outlets have a huge number of followers which can be turned into cash. So these assets are going to be privatized by Hu Xijin? Hu’s accounts should be owned by the state, their privatization is no differ from corruption…

Hu’s critics on Twitter are more moderate, despite his tendency to pick fights with foreign journalists and diplomats through his shocking, aggressive tweets. His retirement was packaged as “breaking news” among journalists and quickly reported by a number of international media outlets.

As pointed out by independent journalist Timothy McLaughlin, Hu’s level of fame is quite remarkable: “Hu Xijin’s retirement getting global coverage pretty unlike anything a media worker or journalist has received in recent memory. In the English language world, this level of fame was only made possible by US social media platforms.”

The news spotlight is on  Hu’s contribution to the mobilization of China’s online patriotism and wolf warrior diplomacy,  an aggressive style of coercive diplomacy:

“Hu Xijin was a pioneer, he was a wolf warrior before there ever were wolf warriors,” said Manoj Kewalramani, author of the Tracking People’s Daily newsletter. “The approach that he first adopted has permeated across the propaganda system.” https://t.co/7yMHPqszfu

Many talked about his notorious writing style. Theresa Fallon, a scholar on Euroasia studies, noted some of his more creative insults on Twitter: “Hu Xijin likened Australia to ‘chewing gum stuck on the sole of China’s shoes’ after Canberra joined Washington’s call for an inquiry into the origins of Covid-19, and called the UK a ‘bitch asking for a beating’ after British warships sailed through contested waters last summer.”

His strategy was seemingly successful as his inflammatory tweets usually attracted a large number of comments and much criticism. However, contrary to his colleagues from the propaganda authorities, Hu seldom blocks users or deletes critical comments, even on Weibo — a platform famous for its censoring practices.

And he does have a sense of humor, as CNN reporter @Nectar_Gan pointed out:

As we bid farewell to Hu Xijin, here is proof that he does have a sense of humor.

Photos from Hu's Weibo, apparently taken during his trip to New York back in 2018.https://t.co/89MuOwRbjT pic.twitter.com/35Gpq4tJar

Hu’s departure is unlikely to change the course of China’s wolf warrior diplomacy, but after the restructuring of Global Times, many expect the paper to become even more aligned with the “party spirit.”