The Kanak people wanted the referendum postponed because of pandemic deaths 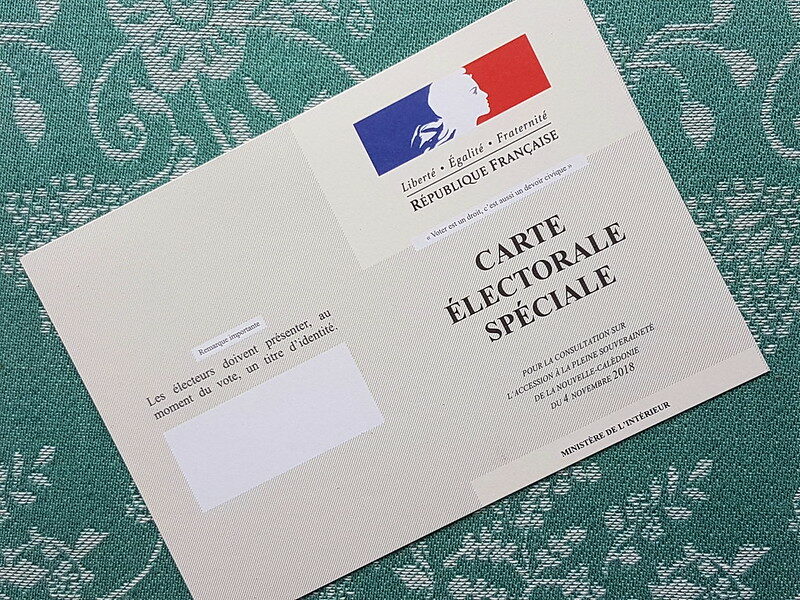 On December 12, New Caledonian voters overwhelmingly decided to remain a territory of France in a referendum marred by a low turnout and the non-participation of the Indigenous Kanak population.

New Caledonia is a South Pacific territory that was colonized by France in 1853 and became a penal colony for convicts and political dissidents. It has been on the United Nations’ list for decolonization since 1986.

Violent clashes between the Kanaks and descendants of European settlers in the 1980s led to the drafting and signing of the Noumea Peace Accord in 1998 which involved the holding of a three-part independence referendum to determine the political future of New Caledonia.

The first referendum took place in November 2018 while the second vote was held in October 2020. In both cases, voters chose to remain with France but the margin was only 10,000 votes with a voter turnout of over 80 per cent.  There were an estimated 25,000 undecided voters. The anti-independence bloc expected a landslide win for their cause but the two referendums reflected the growing support for the self-determination campaign of the Kanak population.

Various groups had called for the postponement of the third referendum because of the impact of the COVID-19 pandemic restrictions. Kanak elders have also declared a year of mourning after more than 300 Kanak people died this year because of COVID-19. But France dismissed the petition and scheduled the referendum for this December, even though the Noumea Peace Accord allowed for the voting to take place up to next year.

In response, pro-independence groups urged voters to boycott the referendum. Because of the non-participation of the Kanak population, the turnout was only 43.9 per cent.

The referendum was not consultative and it does not serve the common good of the Kanaky population, who exercised their right to not participate in the pseudo-referendum.

This non-participation of pro-independence indigenous people should have been a clear signal to France of the public mood, recognising that the poll results cannot be received as the genuine resolve of the Kanak people.

The Melanesian Spearhead Group, a five-member sub-regional organization that includes Papua New Guinea, Fiji, Vanuatu, Solomon Islands and New Caledonia’s main independence coalition (FLNKS) has asked the United Nations to declare the results of the third referendum null and void because of the non-participation of the Indigenous people of Kanaky.

We firmly support the call by FLNKS for the UN to declare the results of the 3rd Referendum null and void due to the ‘non-participation’ of the people of Kanaky. Voter turnout was below 50% of registered voters hence cannot be taken as the legitimate wish of the silent majority!

Marylou Mahe, a Kanak studying in France, wrote about the sentiment of her people:

This is a time for traditional Kanak mourning. More than 50 per cent of the people who have died from the virus are Kanak. The Customary Senate, the representative body of the Kanak people, has declared a period of mourning of one year.

Yet the state has dismissed this issue. We felt this was a sign of contempt. I have the impression that my culture is being ignored, that my Kanak identity is being denied, and that we are being set back more than 30 years. To a time when our voice did not count. As if I and we didn’t exist.

New Caledonia is critically important to France’s projection of its Indo-Pacific economic and military power in the region, especially as a counterbalance to growing Chinese influence among independent Pacific countries. Its nickel mining industry and reserves, important for manufacturing stainless steel, batteries and mobile phones, and its maritime economic zone are important to Paris.

France welcomed the results of the referendum and vowed to pursue more reforms and dialogue in New Caledonia. Officials said the low turnout does not affect the legal validity of the referendum.

There are worries that the decision to ignore the appeal of the Kanak to postpone the referendum would inflame political tensions again. Meanwhile, the fight for Kanak self-determination continues in New Caledonia.