Dynamics of power in Myanmar and Pakistan, online and offline. 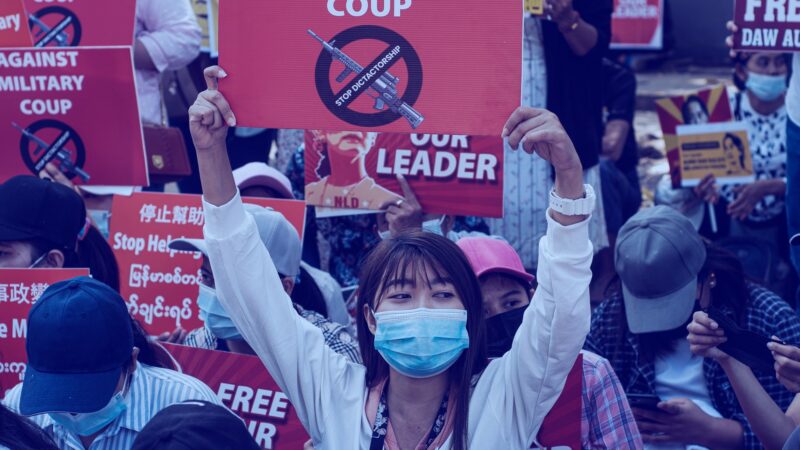 A protest in Myanmar against the military coup on 14-Feb-2021/Wikimedia Commons (CC BY-SA 4.0)

Welcome to Undertones, the Civic Media Observatory newsletter! In each edition we analyze an event, emerging trend, or a complex story, identifying key narratives of urgent public interest, delving deep into the context and subtext of local, vernacular and multilingual media. Undertones also offers an entry point into the public datasets that underpin our Observatory work.

The government of Pakistan’s Punjab region is seeking to ban social media posts about the poor air quality in the region. While Pakistan’s smog crisis has been covered internationally, little attention has been paid to government efforts to censor citizens’ reactions to the issue.

Following the coup d’état by Myanmar’s military in February 2021, a minor but vocal sector of the Burmese population began ramping up their support for the military’s actions, including the military council and its violent operations. This pro-military faction claims pro-democracy supporters are dissidents who are bringing violence upon themselves by fighting for a lost cause.

Military supporters justify recent military killings as necessary retaliation against the People's Defence Force (PDF), the armed wing of the governmental body in exile. The military council refers to the PDF as “terrorists,” a term its supporters have readily adopted.

Social media posts and comments openly supporting the military’s actions against civilians have offline consequences. Besides being distressful to readers, such posts bolster the belief that it is acceptable—or even necessary—to perpetrate violence against those who align themselves with the pro-democracy movement. On December 5, a military truck rammed into a crowd of protestors, killing five people. Two days later, the military was allegedly involved in burning 11 people alive in a forest in the Sagaing region.

“Violence against pro-democracy supporters is justified”

One widely shared text by a pro-military propaganda writer who goes by the name Shwe Moe Win called the victims of the December 5 truck incident “ass-kissing humanitarians,” and declared that “the military has been kind [to them].” This post circulated in pro-military spaces on Facebook and received hundreds of positive reactions.

Other pro-military social media posts are less overt. Thazin Oo, a military supporter with more than 100,000 followers on Facebook, has implied that pro-democracy supporters are “looking for it” by instigating a civil war.

The two posts above were assigned the lowest score in the Civic Media Observatory’s scoring system on account of their wide circulation and condoning and potential incitement of violence.

Other posts, such as this tweet critiquing the impact of one news story highlight the complexities surrounding journalism in Myanmar, its narratives, its role in politics, and how it affects communities.

Every winter, Pakistan experiences a smog crisis that is routinely ignored by the government of the Punjab region. Now, authorities are attempting to censor criticism of the government’s handling of the situation, using Pakistan’s cyber-crime law.

Factors contributing to air pollution include smoke from the burning of seasonal crops and low-grade diesel fumes, as well as colder temperatures due to the global climate crisis. 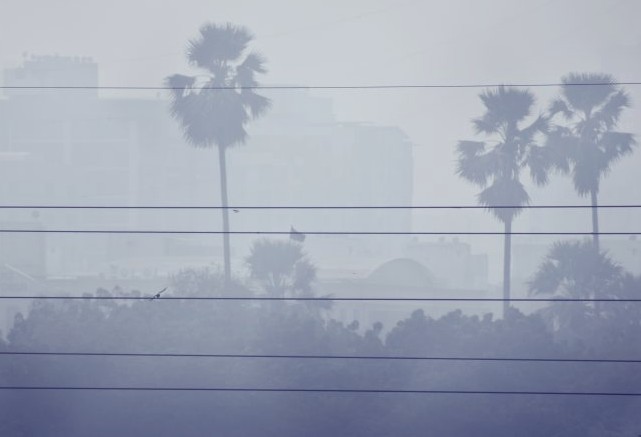 Lahore's urgent smog crisis has serious implications for health and the environment. Lahore is the most polluted city in the world. About 128,000 Pakistanis die annually of air pollution-related illnesses and report symptoms as severe as those associated with COVID-19. Yet the regional Punjab government is censoring people who share personal or scientific data about the smog, thereby limiting access to crucial information and minimizing the effects of a serious public health emergency.

The Punjabi authorities promote a number of narratives that deflect responsibility from the ruling party Pakistan Tehreek-e-Insaf, or PTI. In addition to blaming their predecessors for the endemic pollution, the Minister for Environment Protection in Punjab, Muhammad Rizwan, has denied the existence of smog at all. 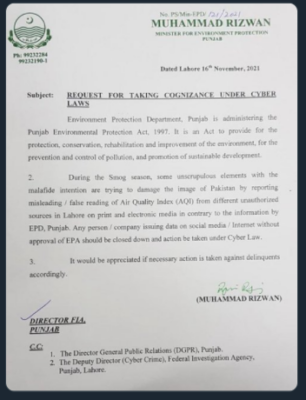 The Punjab environment department also claims that “anti-Pakistan elements are sharing fake data” to harm the image of the country.

In a letter to the Federal Investigation Agency (FIA), Rizwan requested that the FIA penalize any person or organization sharing air quality data on social media without the government department's approval under the country's cybercrime law. While this was only a request, the move is sufficient to create a climate of fear where people are hesitant to raise the alarm about the ongoing smog crisis.