The God has returned to its home 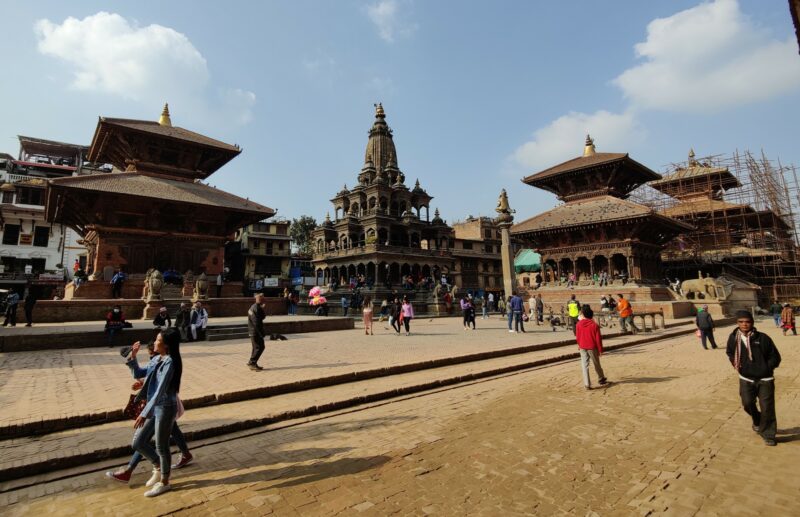 Not hundreds but thousands of sculptures and art objects have been stolen from Kathmandu Valley since the 1950s. Removed from sites of worship, they landed up in private collections and art museums. After art historian Lain Singh Bangdel published the highly acclaimed book Stolen Images of Nepal in 1989, the repatriation of the artefacts began. However, only a fraction of the plundered items has made its way back home.

The re-installation of the half male and half female statue of Laxmi-Narayan in Patan’s Patko is the latest example of the homecoming of the stolen idols. Taken in 1984, the 12th to 15th century bronze idol was auctioned by Sotheby's in New York in 1989 and loaned to the Dallas Museum of Art.

When artist, researcher and the founder of the Himlayan Art and Cultural Heritage Project, Joy Lynn Davis came across a blurry image of Laxmi-Narayan in the Dallas Museum while doing a Google search for her project Remembering the Lost Sculptures of Kathmandu, she at once recognized the statue. She painted the stolen images with 23 karat gold and visually repatriated them in their respective sites.

Joy was delighted to see the same statue being repatriated at its original site, the Narayan Temple, on December 4, 2021.

Though I painted Lakshmi-Narayan 2013-14 and located it in the @DallasMuseumArt in 2015, today was my first time meeting #LaxmiNarayan in person. Thank you for capturing the moment, @KanakManiDixit ! https://t.co/cI5U7im1Pa

Dr. Emiline Smith, lecturer in criminology at the University of Glasgow, tweeted:

🎉 Laxmi-Narayan is home! 🎉 Made possible through the collaboration of so many different parties, today was an incredibly joyous day and so important for Patan, Kathmandu Valley and Nepal #livingheritage #lootedheritage #returnofthegods #intangibleheritage #community pic.twitter.com/Cc1Rf5SoJC

Photographer Sunil Sharma captured the return and reinstallation of Laxmi-Narayan through his lens. 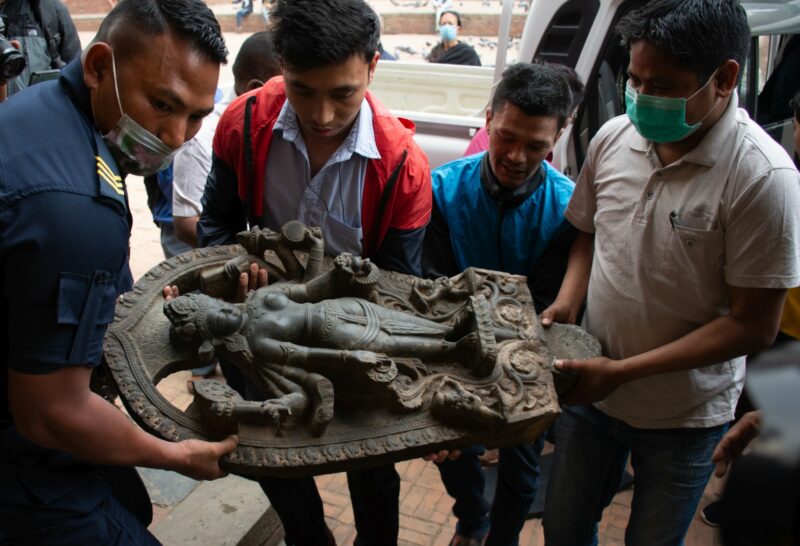 The statue of Laxmi-Narayan being taken to Patan Museum after it was transferred to Nepali custody. Photo by Sunil Sharma. Used with permission. 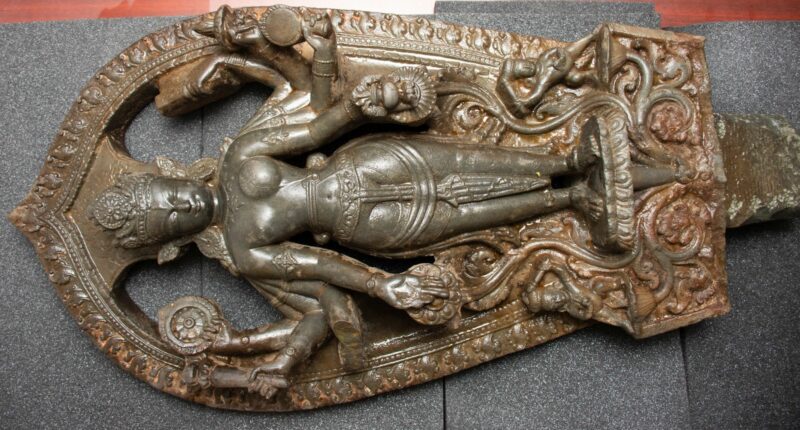 The half male and half female statue of Laxmi-Narayan. Photo by Sunil Sharma. Used with permission. 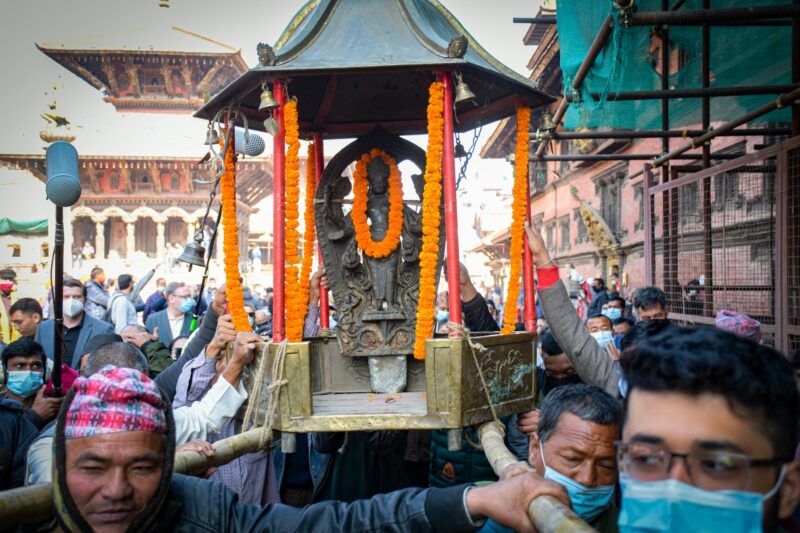 The idol of Laxmi-Narayan being taken on a palanquin to Narayan Temple, its home, from Patan Museum. Photo by Sunil Sharma. Used with permission. 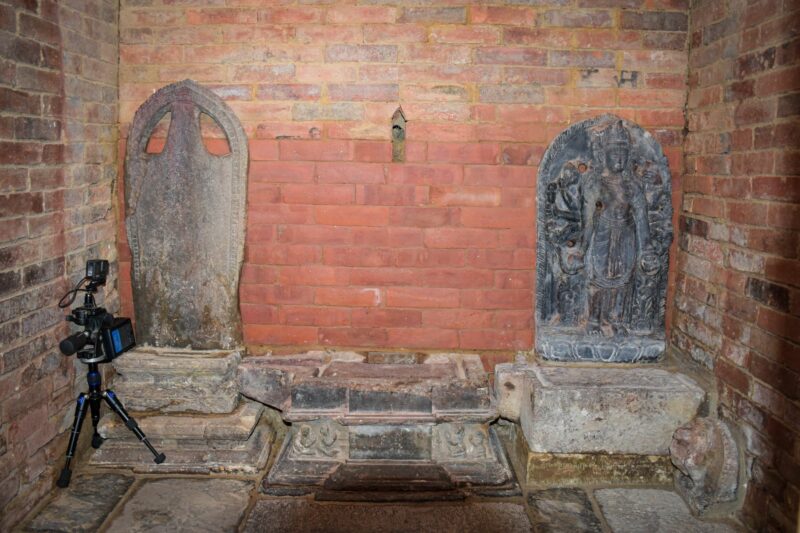 The pedestal cleared for the reinstallation of Laxmi-Narayan. Photo by Sunil Sharma. Used with permission. 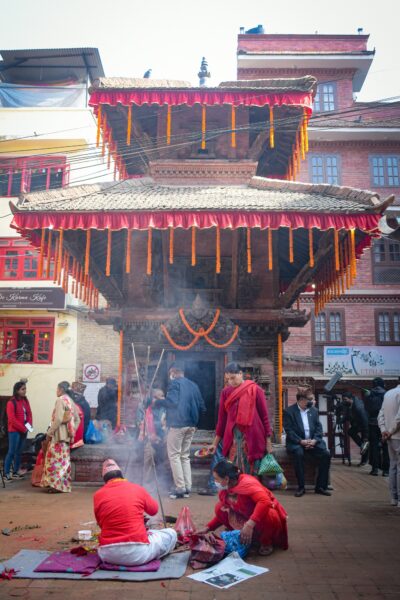 The Narayan Temple, abode of Laxmi-Narayan. Photo by Sunil Sharma. Used with permission. 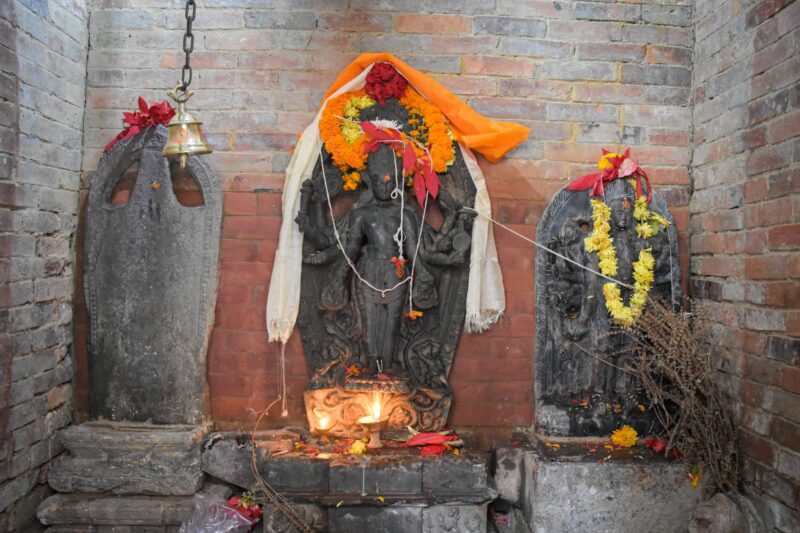 The idol of Laxmi-Narayan reinstalled at the Narayan Temple. Photo by Sunil Sharma. Used with permission.

The God has returned to its home and a modern security system has been installed to protect the deity. However, many statues still await their repatriation, and more antiques from Nepal continue to be stolen — such as the recent theft of Bhairav from Kathmandu’s Halchowk.

It is very sad to know that Halchowk Bhairab has been stolen from the site yesterday night. :( pic.twitter.com/abONnsxmCy