Parvez has been vocal against the policies of the Indian government 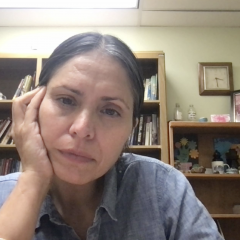 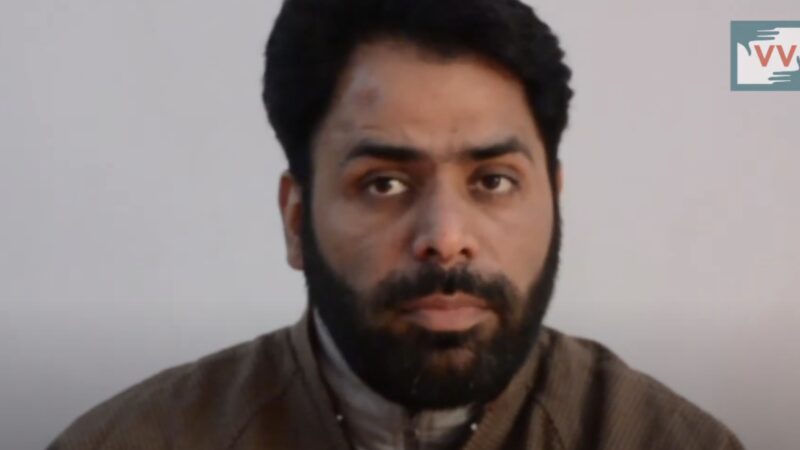 Screenshot of Khurram Parvez from an interview on YouTube by VideoVolunteers. Fair use.

On November 22, 2021, Khurram Parvez, a globally acclaimed Kashmiri human rights defender and civil society activist was arrested by the Indian government. Charged under the much-criticized Unlawful Activities Prevention Act (UAPA) for “terror-funding” and “conspiracy,” Khurram’s internationally acclaimed body of work is being tarnished by allegations of terrorism. His arrest has caused global outrage, and the United Nations and other human rights bodies have called for his unconditional release.

Khurram’s arrest must be understood within the frame of a new hostility towards civil society in Kashmir. India’s national security adviser Ajit Doval recently called civil society the “new frontier of war” or the “fourth-generation warfare.” Since Khurram is one of the most visible icons of Kashmiri civil society, and this statement foreshadowed his arrest merely two weeks later, he has been made a representational threat for all forms of democratic dissent.

This summer, Khurram and I shared a video call after almost two years. His gleeful, guttural laugh ignited hope as we watched the sunrise over the Colorado mountains. For Kashmiris, the COVID-19 pandemic had exacerbated the deep-rooted political persecution that had been increasing since August 5, 2019, when India legally removed Kashmir’s autonomy, kicking into high gear the policies of settler colonialism. Activism, dissent, or resistance to Indian rule, which have always been criminalized, are even more so now. Media censorship is law and journalists are being charged under the UAPA for merely doing their jobs.

Khurram has been unflaggingly vocal against the extremely authoritarian policies of the Indian government. In 2016, he was charged under the controversial Public Safety Act. Arrested en route to Geneva to attend the 33rd session of the United Nations Human Rights Council, Khurram was released after 176 days when the Kashmir High Court called his detention illegal.

Fast forward to 2021, and the Kashmir situation has taken a turn for the worse.

Speaking to me, Khurram, always true to his name, stayed upbeat. He talked about children—his two young ones, and those of our friends. He was especially proud of a friend’s teenage daughter who had taken to reading “big subjects” like philosophy, literature, physics, and anthropology. In a characteristic Khurram manner, rather than just allowing me to simply savour this news, he set me the task of mentoring the young teen and spent the next half an hour planning it. He even factored in the impediments of the oft-imposed internet shutdown in Kashmir. This is a small example of  Khurram’s sensitivity to addressing needs, improving, and forging connections and solidarities. I laughed at the sweet predictability of his habit of thinking of every little detail. It is Khurram’s meticulous attention to exigencies, context, and nuance that has proven critical in professionalising the human rights work in Kashmir—against all dangers, and as a compassionate team builder if I might add.

Khurram’s work is not limited to Kashmir. He is the chairperson of the Manila-based Asian Federation Against Involuntary Disappearances (AFAD). In 2006, he received the Reebok Human Rights Award. The Jammu and Kashmir Coalition of Civil Society (JKCCS) and the Association of Parents of Disappeared Persons (APDP), both of which Khurram spearheads, have trained and mentored a new generation of Kashmiri, Indian, and Western human rights researchers and practitioners. He has forged solidarities with global organizations like the United Nations, Human Rights Watch, and Amnesty International. Under Khurram’s leadership, the JKCCS has become an institution known for pathbreaking research and reporting on human rights violations. The discovery of the unmarked mass graves in Kashmir that brought world attention to the gravity of the human rights violations committed by the Indian forces in Kashmir is credited to the JKCCS under Khurram’s astute supervision.

A balanced mix of activist and engaged research, Khurram’s work is lauded in academia. He also serves as a distinguished scholar at the Political Conflict, Gender and People’s Rights Initiative at the University of California, Berkeley.

In the early 2000s, in a toxic environment ridden with Indian client politics and censure, Khurram fearlessly tried to build a culture of democratic dialogue between various Kashmiri stakeholders. He also co-initiated processes to build bridges between the estranged Kashmiri Muslim and Pandit communities. Khurram never wavered from his chosen path, even when, in 2004, he lost his leg and three close colleagues in a mine blast that was allegedly state-orchestrated. Instead of giving up, Khurram joined the International Campaign to Ban Landmines. Even though India has not signed the mine ban treaty, Khurram successfully campaigned for the militant groups to stop using landmines.

Over the last two decades, I have watched Khurram grow in stature personally and professionally. As a young teen in 1990, he decided to become a human rights defender when his grandfather was killed in a massacre committed by the Indian army. Instead of taking to arms, as many Kashmiris have done, Khurram saw his path in human rights praxis. His activism started as a student when he founded a counselling project for young people affected by the turmoil. Khurram never allows despondency to set in. During the height of the pandemic in May 2020, his ailing father passed away. In October, the National Investigating Agency (NIA) of India conducted a series of simultaneous raids on civil society activists, including Khurram. The NIA confiscated documents, other records, and electronic devices including phones from his office and home. This was a time when Kashmir was still reeling from the aftermath of the suffocating military siege that followed the abrogation of Article 370 of the Indian Constitution in August 2019. JKCCS’s work was severely impeded, but Khurram, believing adversity is part of the job, kept team morale high.

As the sun fully rose over Colorado I recall his words at the end of our call. He hoped our children “see the beauty world had to offer” and not the “dedwan” (a burning fire), and that “we must do better for their sake.” And that in sum is Khurram’s creed. He always does better in addressing the conflagrations of political violence. I know prayers and perseverance never leave Khurram. Even as he is imprisoned in Tihar, India’s maximum-security prison, where many Kashmiri political prisoners languish, his faith in just peace will stay strong.

In a decolonising world, which is increasingly questioning India about Kashmir, icons like Khurram Parvez cannot be brazenly tarnished and imprisoned. As the “memory keeper,” as Khurram calls himself, no law can jail him and, if it does, it cannot be law but only lawlessness. For two decades, Khurram has unflaggingly served human rights globally. Those seeking Khurram's unconditional release from illegal imprisonment by the Indian government must not relent. We must prevail to ensure his freedom to defend the human rights of the most vulnerable.

Join the FreeKhurramcampaign2021 on Twitter. Check FreeKhurram.com for more details.