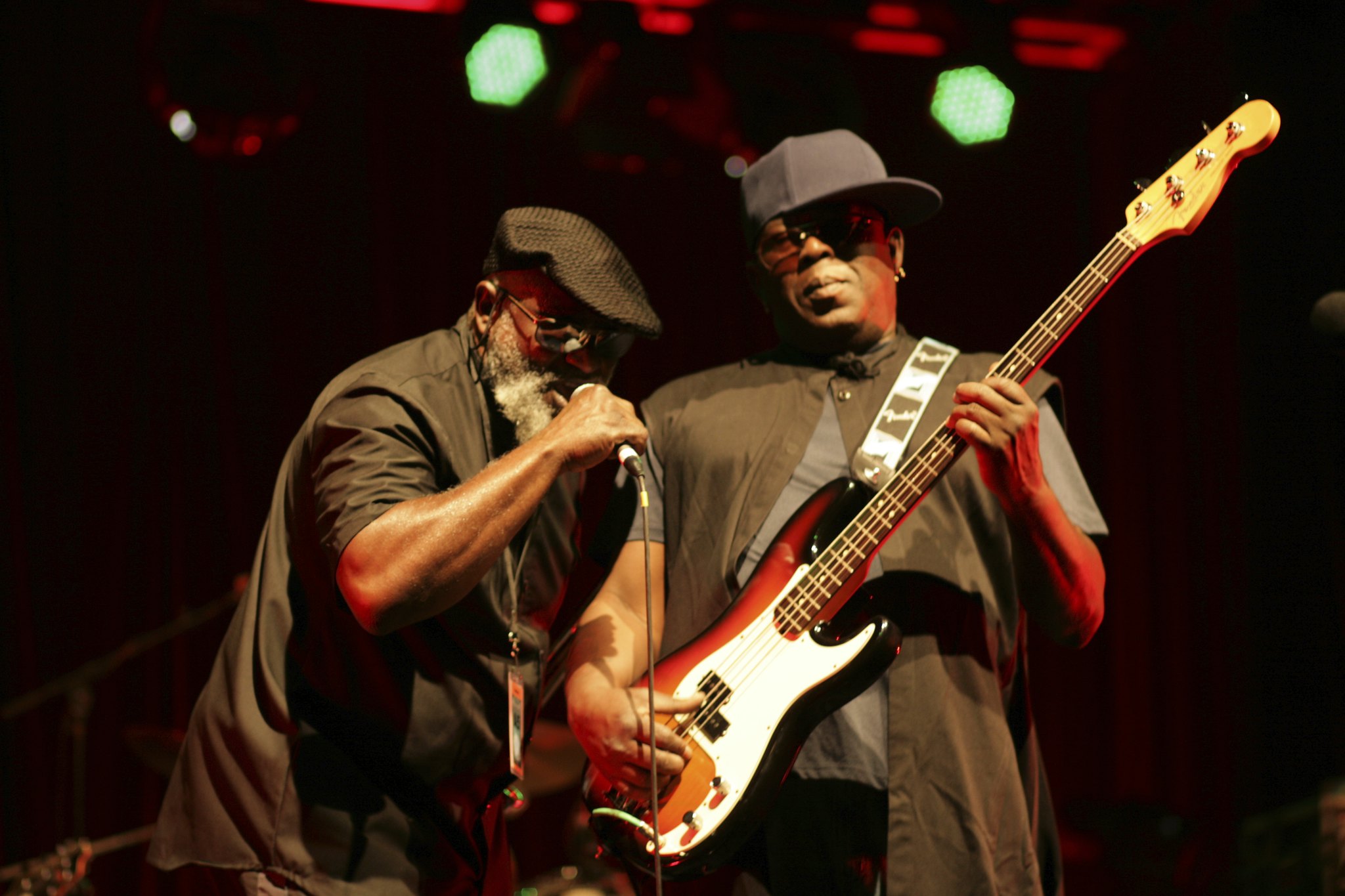 Robbie Shakespeare performing at Australia's Byron Bay Bluesfest in 2014. Photo by Beaver on the Beats on Flickr, CC BY-NC-ND 2.0.

Reggae music would be nothing without its bass line—and on December 8, one of the genre’s most admired bass players, Robbie Shakespeare, died in Florida at age 68 from kidney-related complications. The musician, considered by many to be the greatest reggae bass player of all time, had reportedly been ailing for a few months.

Shakespeare was most famous as one-half of the Riddim Twins, with drummer Sly Dunbar. Simply known as Sly and Robbie, the duo had a uniquely crisp and energetic style, pioneering new electronic sounds that hugely influenced popular music. The pair were also a driving force behind many successful reggae artists, such as Black Uhuru and Mighty Diamonds, playing with and producing a variety of artists in different popular music genres, including rock and jazz.

I am in shock and sorrow after just receiving the news that my friend and brother, the legendary basist Robbie Shakespeare has died.

Robbie and Sly Dunbar, the drummer, as Sly and Robbie, have been among Jamaica's greatest musicians. 1/3 pic.twitter.com/l8p9gCcKOV 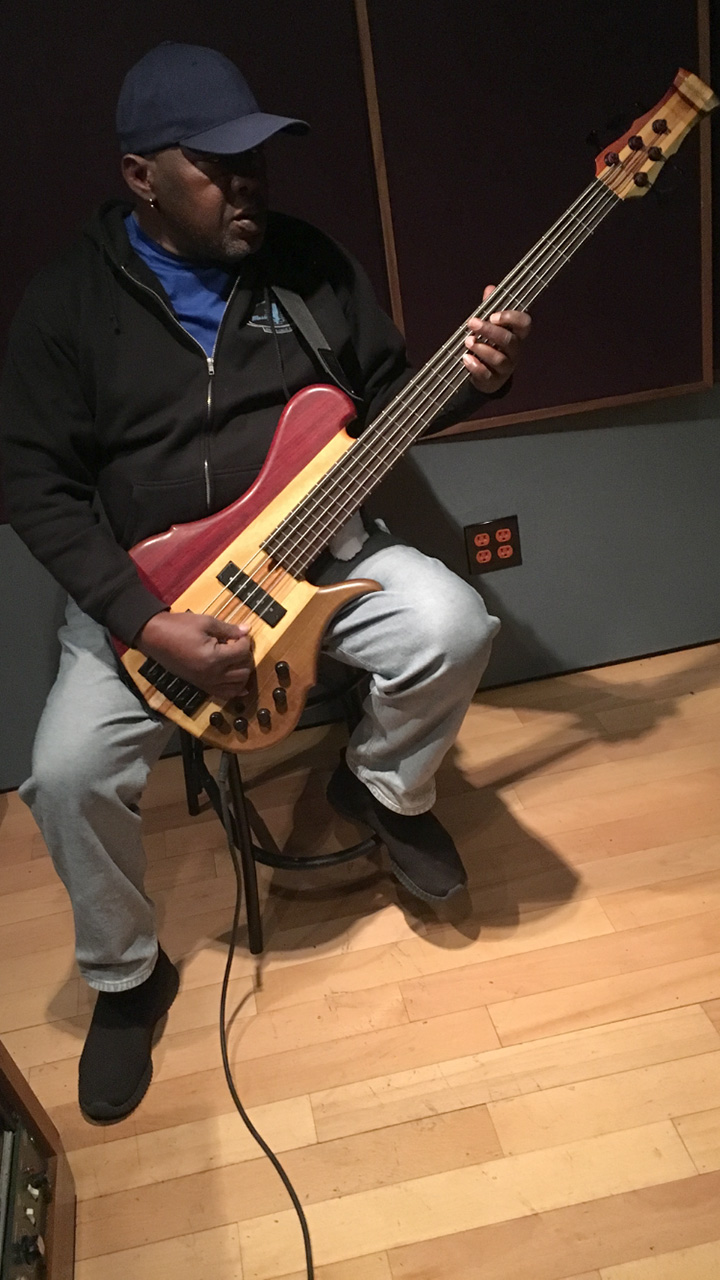 Born Robert Warren Dale Shakespeare on September 27, 1953 in East Kingston, Shakespeare grew up in a musical family and was encouraged to play bass by another celebrated bass player, Aston “Family Man” Barrett, who was then with Lee Perry’s Upsetters record label and later joined Bob Marley's Wailers. By 1972, when he met Sly Dunbar, Shakespeare was already playing in a house band called the Aggrovators with producer Bunny “Striker” Lee, who died in 2020.

In 1975, Sly and Robbie joined the Revolutionaries, the house band at Channel One Studios—owned by Joseph Hoo Kim—which played on numerous dub albums. They went on to work on the hugely influential 1977 album Two Sevens Clash by roots reggae band Culture.

The duo began to make a name for themselves as musicians when they accompanied DJ U-Roy on a tour of the United Kingdom. Subsequently, they became part of Peter Tosh's very successful touring band, Word, Sound and Power, after he left the Wailers in 1976. Back home, they continued to produce and perform on a number of hit records. 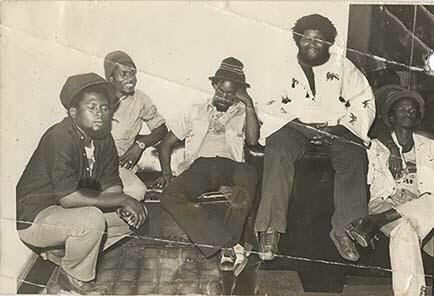 From the archives: Robbie Shakespeare in the early days of his musical career. From left to right, Robbie Shakespeare, Donald Shaw, Earl Chinna Smith and Roger Lewis. Photo courtesy the National Library of Jamaica, used with permission.

Sly and Robbie later founded their own label, Taxi Records, with their own house band, The Taxi Gang. From the mid-1980s onwards, they became increasingly innovative in developing musical trends towards more electronic digital music and programming, and were true pioneers in this respect.

Jamaican music mogul Chris Blackwell brought Sly and Robbie to his Compass Point Studios in Nassau, Bahamas, where they produced records for Jamaican-American singer Grace Jones, as well as Joe Cocker, Gwen Guthrie, and many others. Moving away from their roots reggae and dub style, they produced some funk and dance-oriented music from 1987 onwards, and in the 1990s enjoyed tremendous hits with Chaka Demus and Pliers, in the early days of dancehall—a combination of DJ and singing that became very popular—and they continued touring extensively.

Condolences to the family of Robbie Shakespeare. He was a giant not only in Jamaica but in the world of modern music. This is a tremendous loss. https://t.co/v9iDppEUXx

This loss is truly unexpected. ? Thank you for your greatness and your contribution to Reggae music. We’ll never forget how you and Sly opened your arms to us back in 1992 and continued to be instrumental throughout our career. #RIP Robbie Shakespeare O.D. #SlyandRobbie pic.twitter.com/Ll5LQZ3PK9

Rest in Power, Robbie Shakespeare. No one — I mean no one — held it down like you did.https://t.co/EF80ME3NkP

The magazine had placed Shakespeare at #17 in its list of “The 50 Greatest Bassists of All Time,” observing:

No other musical entity in the post-Marley era has been so omnipresent in shaping the sound of Jamaica and bringing it to the world.

The Riddim Twins had legions of overseas fans; American writer and reggae lover Stephen Cooper, who has interviewed many Jamaican artists, was one who expressed his sorrow:

I don’t care about any other news today. Robbie Shakespeare has passed. Thinking back on this time when I was blessed to be in the presence of his bass. https://t.co/ZuJaJJutKJ

In 2015, Sly Dunbar and Robbie Shakespeare were both awarded gold Musgrave Medals from the Institute of Jamaica for their contribution to music. They also received Jamaica's Order of Distinction, a national honour.

With a somewhat reserved demeanour, especially compared to the more animated Dunbar, Shakespeare plucked away at the bass strings, often in a world of his own. He was quoted in a Radio Jamaica news report as saying:

Shakespeare’s fans around the world certainly liked listening to him play music, which they are likely to treasure even more now that he's gone.

Antigua and Barbuda  3 hours ago