Push to stop it: Anti-harassment buttons appear in Uzbekistan's buses 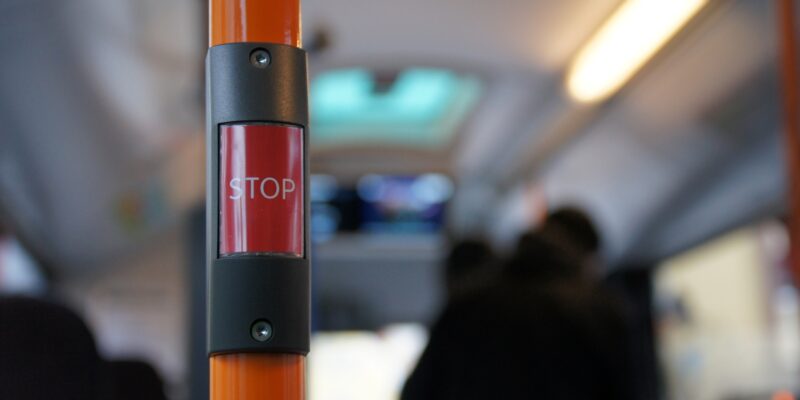 An initiative from a women's rights NGO in Uzbekistan aims to tackle harassment against women on public transit, in an effort to spread awareness during a UN campaign against violence.

A special alarm button is now featured on the buses in the capital Tashkent to notify the driver of potential misconduct on board. Upon noticing the anti-harassment alarm being sounded, the driver would call the security forces to investigate the incident.

The campaign was launched on November 25, the international day for the elimination of violence against women, as part of the initiatives of the UN's 16 Days of Activism, which aim to raise awareness on gender-based violence.

Activists from the NGO Sarpa and other organizations reached an agreement with local bus company Toshshahartransxizmat to install the buttons and provide canvassing material to spread the information.

Notably, perpetrators of harassment would only face a potential fine for “insulting,” since Uzbekistan's legal system does not recognize harassment as a punishable act.

Activists at Sarpa said in an Instagram post that the legislative vacuum continues to be a problem.

Will the buttons even work? After all, buses already have buttons for an emergency stop, which are never used. As long as harassment is not considered a crime, we will feel unprotected by the law. And still, there may not be enough resources to even reach the button.

Activists have coalesced around the so-called Frotterizm campaign, (from French, frotter, “to rub,” which has become jargon for harassment in public transit). The campaign was established with the support of Mashav, the aid agency of the government of Israel, through the Israeli embassy in Tashkent.

In surveys of awareness about harassment and gender-based violence, about 20 percent of respondents said that they do not believe that the perpetrators will be punished, which is frustrating and discourages them from seeking help. Activists hope that the campaign will help raise awareness and prompt the government to act.

Online reactions to the news were mixed. In comments on the Instagram post, one user wished that these buttons were more ubiquitous: “If only [these buttons] were also in the metro.”

Other users proposed a segregation of the sexes on public transit as a solution: “Harassment will be over in this country only when there will be separate buses and metro cars for women.” “We need separate places for women, like in Dubai.”

A major fear among social media commenters, however, is that the button will be misused and therefore lose its important role.

In Uzbekistan's capital city, the problem of harassment in public transit is real. Around 60 percent of a survey's respondents said they were victims of harassment on buses or the metro. Importantly, the issue affects men as well as women.

In the survey, activists also asked if the respondents were aware of measures to prevent or counter harassment, but around 93 percent of them answered “no.”

Laws to prevent harassment and gender-based violence in Uzbekistan are few and largely ineffective. Cultural and social traditions commonly point the finger to the victim in cases of domestic violence and assault.

The Frotterizm campaign could help raise awareness on the issue, but the onus is on the government and society at large to stigmatize and effectively counter harassment and violence.