The students could face treason charges and prison time 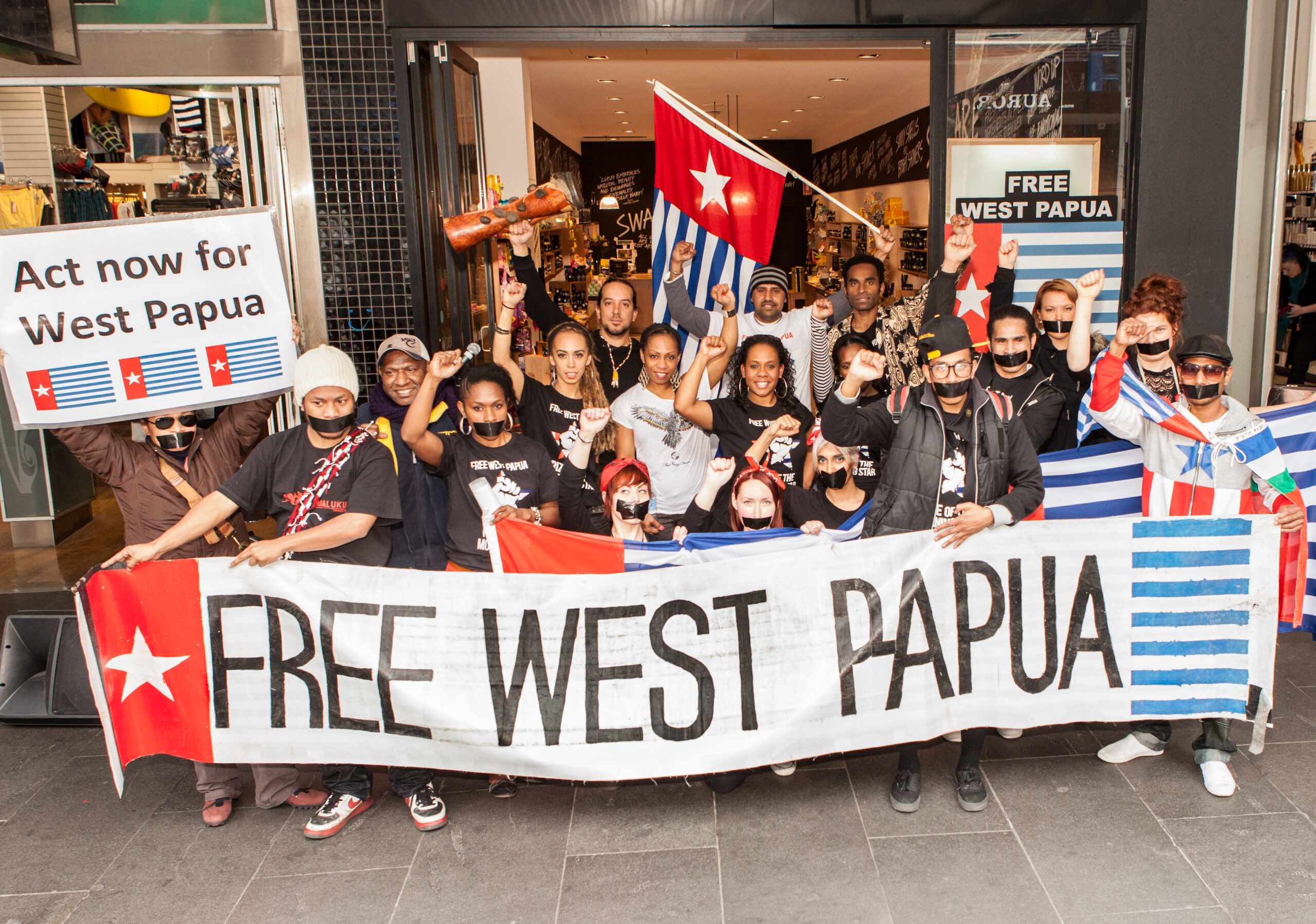 Eight students were detained by police and are being investigated for treason in Papua, Indonesia, for raising the Morning Star flag at the Cenderawasih Sports Center in Jayapura City and marching toward the Papua Police Headquarters on Wednesday, December 1. The Indonesian government has forbidden citizens from raising the Morning Star flag, which is a symbol of Papuan pride and sovereignty in a region that has long sought independence from Indonesia.

According to Suara Papua, the eight students marched in protest toward the Papua Police Headquarters, waving Morning Stars and carrying a banner reading “Self Determination for West Papua! Stop militarism in West Papua. Welcoming UN High Commissioner for Human Rights to West Papua.”

They were detained upon their arrival at the police station and now face potential treason charges. In Indonesia, treason charges can carry a 20-year prison sentence.

Six students DT, EM, LS, MY, AM, MY were arrested for raising the banned Morning Star flag. They could face treason which carries life imprisonment.

The Morning Star was first raised on this day in 1961. pic.twitter.com/d200w6ti7H

December 1, 2021, unofficially considered West Papua Independence Day, marked the 60th anniversary of when Papuans first flew the Morning Star flag in a bid for independence from the Dutch. Since then, Papuans around the world raised the flag on December 1 to commemorate the occasion and express their hopes for a free Papua.

West Papuans around Australia have raised their Morning Star flag, a potent symbol of their struggle for independence from Indonesia, to mark the 60th anniversary of the first time it was flown in the former Dutch colony https://t.co/htjxfbi5PG pic.twitter.com/1yuCCgz7gI

Emanuel Goal, Litigation Coordinator for the Coalition for Law Enforcement and Human Rights in Papua, told the news organization Suara Papua that he had not been permitted to assist the students because they had not been officially charged. He said:

This is not the first time that students have been targeted for protesting for Papuan independence. In August 2020, a university student was expelled and faced treason charges for joining a protest in support of Papua. Similarly, seven other activists, known as the “Balikpapan Seven” were charged with treason and imprisoned for nearly a year for participating in anti-racism protests in Papuan — a case that drew widespread international attention and criticism against the Indonesian government.

Tensions in Papua have been heating up in recent months due to economic stress from COVID-19, increased calls for independence among activists and Papuan citizens, and recent instances of military and militia violence on the island.

According to the news agency, Suara, on the same day as the student protest, members of The West Papua National Liberation Army (TPNPB), a local militia group, set fire to a timber company, PT Build Irian Wood, in Sorong, West Papua.

A spokesperson for the group said they reject all development in Papua and would take similar action against companies that continue to develop against community wishes.