"We build on the tradition, with much respect" 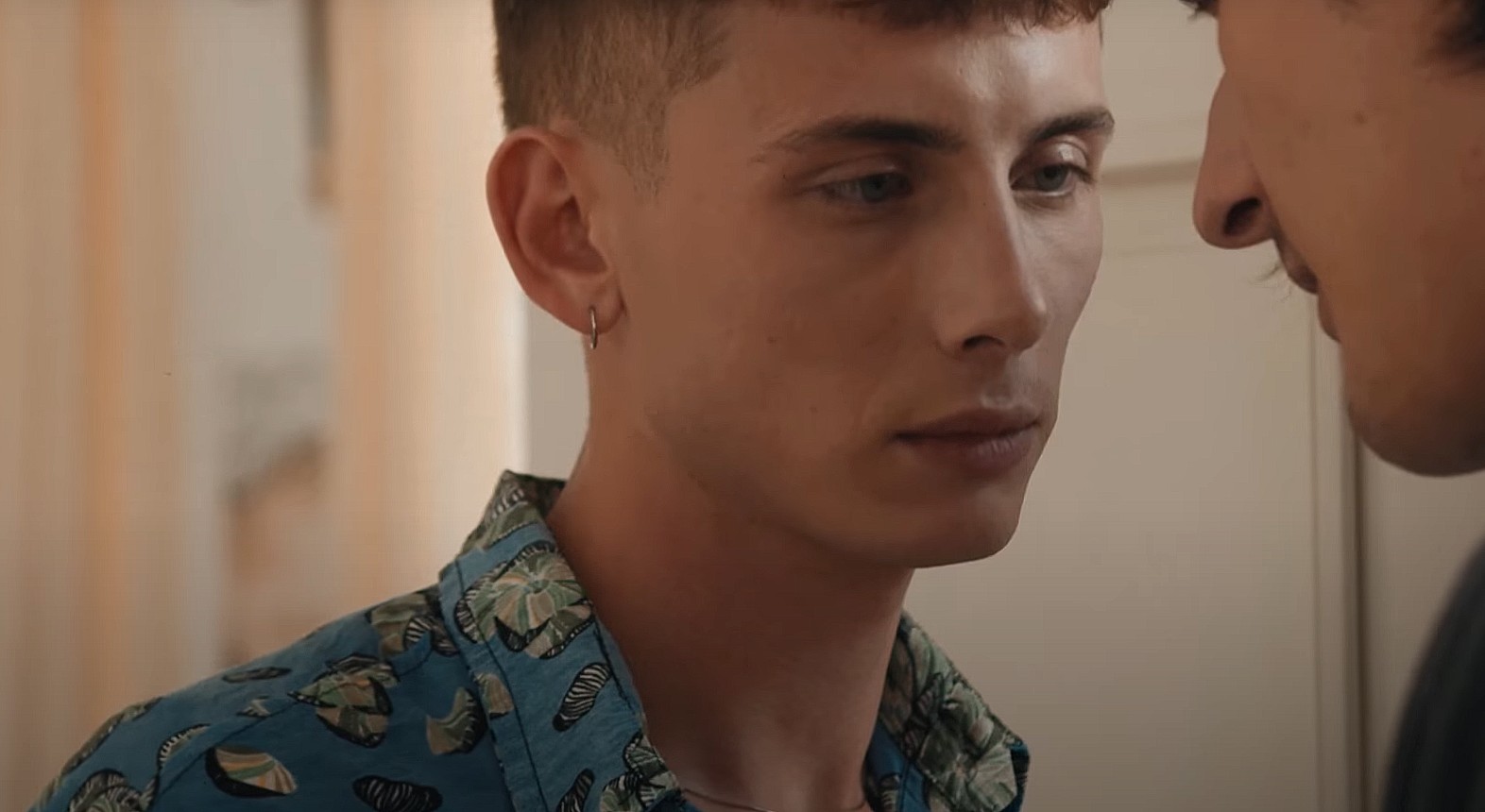 Still from the music video Mujer, a BAGNER production.

A young couple dances to the sound of Argentinean folk music known as “chamamé,” their steps synchronize, their bodies touch tenderly, their gazes meet and break, they hold each other, kiss and merge in a harmonious cadence, in an atmosphere of dreamlike eroticism. It seems like the perfect romantic date, but with an uncertain ending, which suggests awkwardness, like the ups and downs of romantic relationships that have just begun, when they are just getting to know each other.

All the complexities of this romantic story come together in the video for the song Mujer, the first single by the subversive artist collective Bagner. The minute and a half video that combines eroticism and romance with Argentine coastal folklore is an ambitious project to save from oblivion the sounds, emotions, and traditions with a renewed and diverse perspective.

What is chamamé? It is a cultural expression of music and dance typical of northeastern Argentina, mainly in the province of Corrientes, but also in Paraguay, Uruguay, southern Bolivia, and Brazil. It combines Guaraní, Afro-American, and European elements, and is a fundamental component of the regional identity.

On Dec. 16, 2020, UNESCO included chamamé in the list of Intangible Cultural Heritage of Humanity. Mujer was released on the same day. For producer Steven Bagner, it was a wonderful coincidence, as he feels chamamé is very close to his roots. Steven Bagner tells Global Voices:

Each province of Argentina has different rhythms, with their own characteristics and their own regional flavor. And that is what we are defending, and above all, making it our own and deconstructing it, to include and show diversity.

From Morón to St. Petersburg 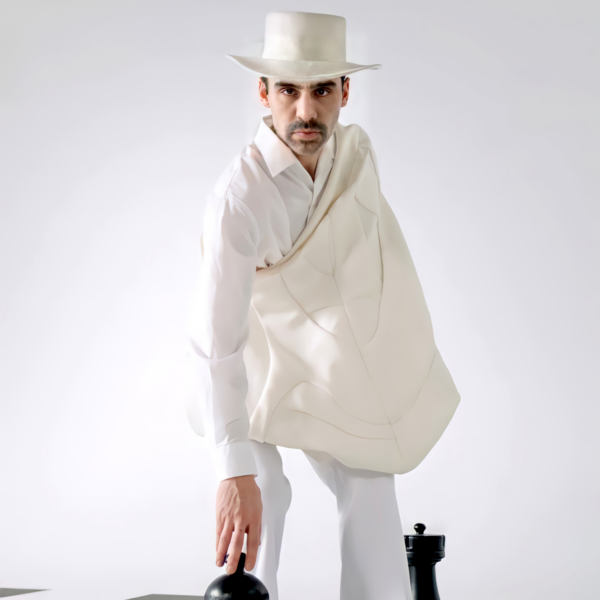 Steven Bagner is the name of the producer, and Bagner is also the name of the multicultural collective of dissident artists, mainly belonging to the LGTBI+ community, working on various musical and audiovisual projects.

The key players of Bagner are Steven, Argentinean musician and producer; Zara Taylor, Canadian singer; and Lilith Mogilat, creative director, of Argentinean origin but based in Russia since her childhood. Other artists and occasional talents who participate in different projects are also part of the team.

A native of Morón, a town west of Buenos Aires, Steven defines the collective as an organization that is more horizontal than pyramidal. It seeks diversity of ideas and people by prioritizing a vision outside the mainstream social point of view and outside the capital where resources are concentrated. Bagner says:

Hiring and paying people from trans collectives, from our modest position, we can generate work, we can be inclusive, we can generate diversity, there are things to do. We are artivists and we seek to generate discomfort through art, so that the viewer can re-think. We believe that music is not only for entertainment, it can help to re-think. 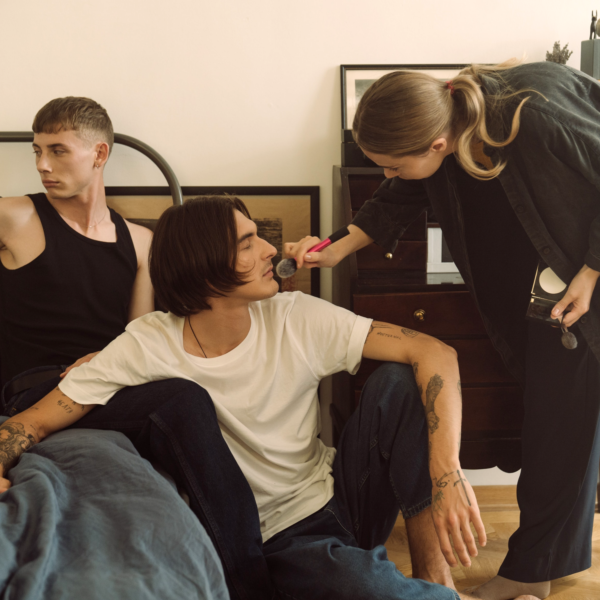 Lilith (right) on the set of Mujer. Picture by Cotton, copyright Bagner, used with permission.

Mujer was filmed inside an apartment in St. Petersburg, Russia. One of the models is trans, but it is not specified which one. It is only at the end of the movie that we can read the line “So you are FTM”. It touches on the source of the awkwardness associated with assuming a person's gender based on their appearance and the difficulties of addressing sexuality in an intimate encounter.

The video is censored in Russia because it is deemed to go against the legislation prohibiting “homosexual propaganda.” Perhaps that is why it is even more important for the Russian actors of Mujer to be part of the project and to know that they are visible outside their own country:

As she travels back and forth, Lilith could see in a very distinct way the differences. For example, in Buenos Aires, Argentina, the laws have been progressively advancing the visibility of the LGBT community. But in Russia, it's all going backwards. So for these young people to be able to participate in the video…. I can't explain with words the value it holds.

Thanks to new historical research, it is now known that women played a fundamental role in the origins of chamamé and that, over time, they were made invisible and relegated to the background. Mujer reclaims womanhood in folklore:

In all the popular and traditional dances, at least in Argentina, the patriarchy is the backbone. This means that women are always the weaker ones, the ones to mold, to control. Men are the virile and strong ones. And I think it is part of our roots. But we also invite to question if this is still what we want.

Queer tango also reclaimed the original roles and questioned the vision of heterosexuality as the only valid model of sex-affective relationships, and today it is a movement that has become popular and attracts LGTBI+ people from all over the world to visit Buenos Aires.

Such affirmation of the feminine is best appreciated in Bagner's second single, La Rosa Cruz, a highly symbolic tango that addresses a more personal issue for Steven:

It has to do with a frustrated, dejected musician who only finds empowerment when he recognizes the feminine part of himself. […] Once I embraced all that I am, I was able to start building something that was important for others and create these cultural alliances. It seemed to me that I could say, with pride, I am South American, I am from the countryside, it was the best role I could play.

Both the lyrics and the name express the beauty born from pain; the symbolic burden that weighs on his body like a cross; the rebirth and empowerment. It also has a religious and spiritual charge: “To separate the religious from the State, to live the religion and spirituality from another side, is very present in what we do.”

In contrast, there is no known precedent of LGTBI+ or “queer chamamé.” Mujer is a pioneering project that touches on traditions deeply rooted in the regional culture, and although there were inevitable adverse reactions from traditionalist voices, in general, the balance has been positive, with good reception among young audiences.

We knew that what we were going to do within Argentina and within Argentine folklore was a big challenge. The otherness is greatly invisible. We knew that we were putting, as they say here, “all the meat on the grill.” We were pouring all our ideology. We were showing ourselves genuinely, showing ourselves openly. […] We build on the tradition, also we do it with a lot of respect. […] The folklore, if it continues to remain so closed, so structured… will eventually disappear.

Bagner's work was well-received not only in Argentina but also in neighboring countries, from where he continues to attract people to collaborate in new projects in order to rescue other folkloric forms of expression in the region.

We continue to work and see how we can weave networks that will help us culturally to connect and generate more diversity. We are investigating, experimenting and recording a lot of genres and musical traditions, not only from Argentina but also from other countries. A new single will be released very soon.