The former leader denies any wrongdoing. 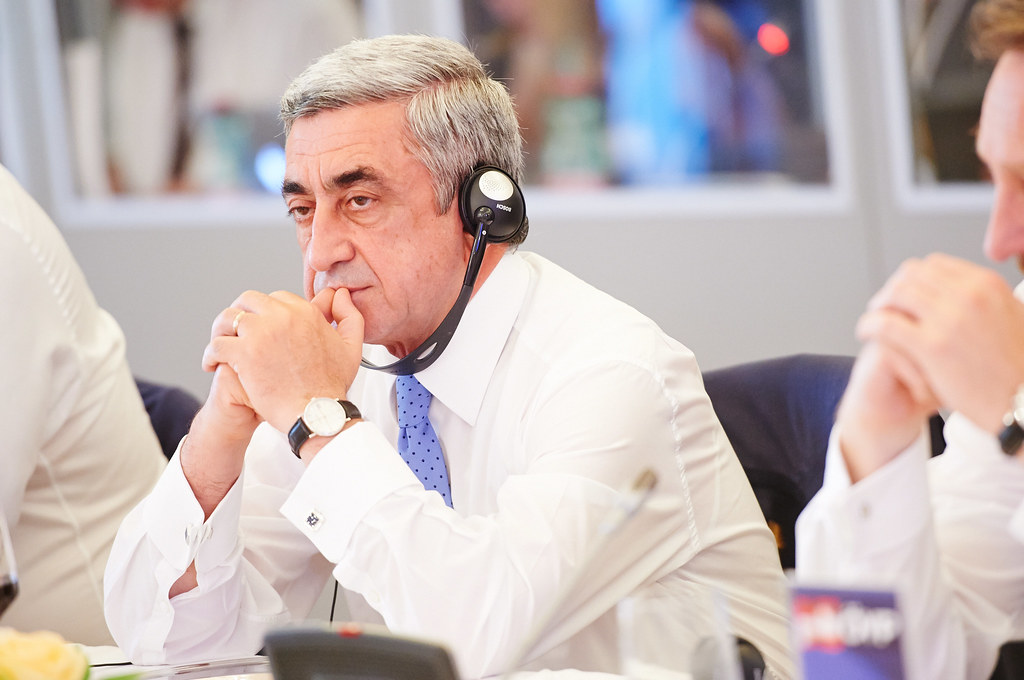 “Serzh Sargsyan” by More pictures and videos: connect@epp.eu is licensed under CC BY 2.0

Former president of Armenia Serzh Sargsyan was charged with taking a bribe during his time as a president, in what the ex-president's lawyer describe as an an attempt to divert attention from the ongoing political and military crisis between Armenia and Azerbaijan. On November 22, Marina Ohanjanian, a spokesperson for the Anti-Corruption Committee, confirmed the allegation. The ex-president appeared before the committee the same day.

The charges are part of an investigation that started three years ago, into events in March 2008, when police and protesters clashed over disputed presidential election results that took place in February of that year. The ongoing investigation alleges that the government officials — Deputy Prime Minister Armen Gevorgyan, former presidents Sargsyan and his predecessor Robert Kocharyan — took bribes in a scheme facilitated by businessman Samvel Mayrapetyan.

According to Radio Liberty, the current case brought forward against Sargsyan is linked to the testimony of a businesswoman from Armenia named Silvia Hambardzumyan. In 2018, Hambardzumyan said she bribed state officials, “in order to secure permission to start a business in the mining industry.”

At the time, the testimony resulted in charges against Armenia’s second President Robert Kocharyan; his chief of staff; Armen Gevorgyan, opposition member of the parliament; and businessman Samvel Mayrapetyan. According to OC Media, while Hambardzumyan also said she bribed Sargsyan, the ex-president “has not faced criminal charges in the case until now.”

Sargsyan's lawyer Amram Makinyan dismissed the newly emerged accusations in a statement on November 22. “It’s ridiculous that after [moving] Silva’s testimony [back and forth] for three and a half years only today they ‘decided’ that she’s also bribed Serzh Sargsyan, when two years earlier he was already questioned under the same case as a witness and so far no circumstance has changed or added legally,” he said.

More recently, the ex-president's name was also mentioned in an investigative report published in September 2021 that revealed president's frequent trips to Germany's Baden-Baden where his “official presidential airplane flew high-ranking officials,” between 2008 and 2017, during the former leader's time in office.

The former president has denied the accusations and has signed an affidavit not to leave the country.