Aliyev and Pashinyan pledged to establish a bilateral commission. 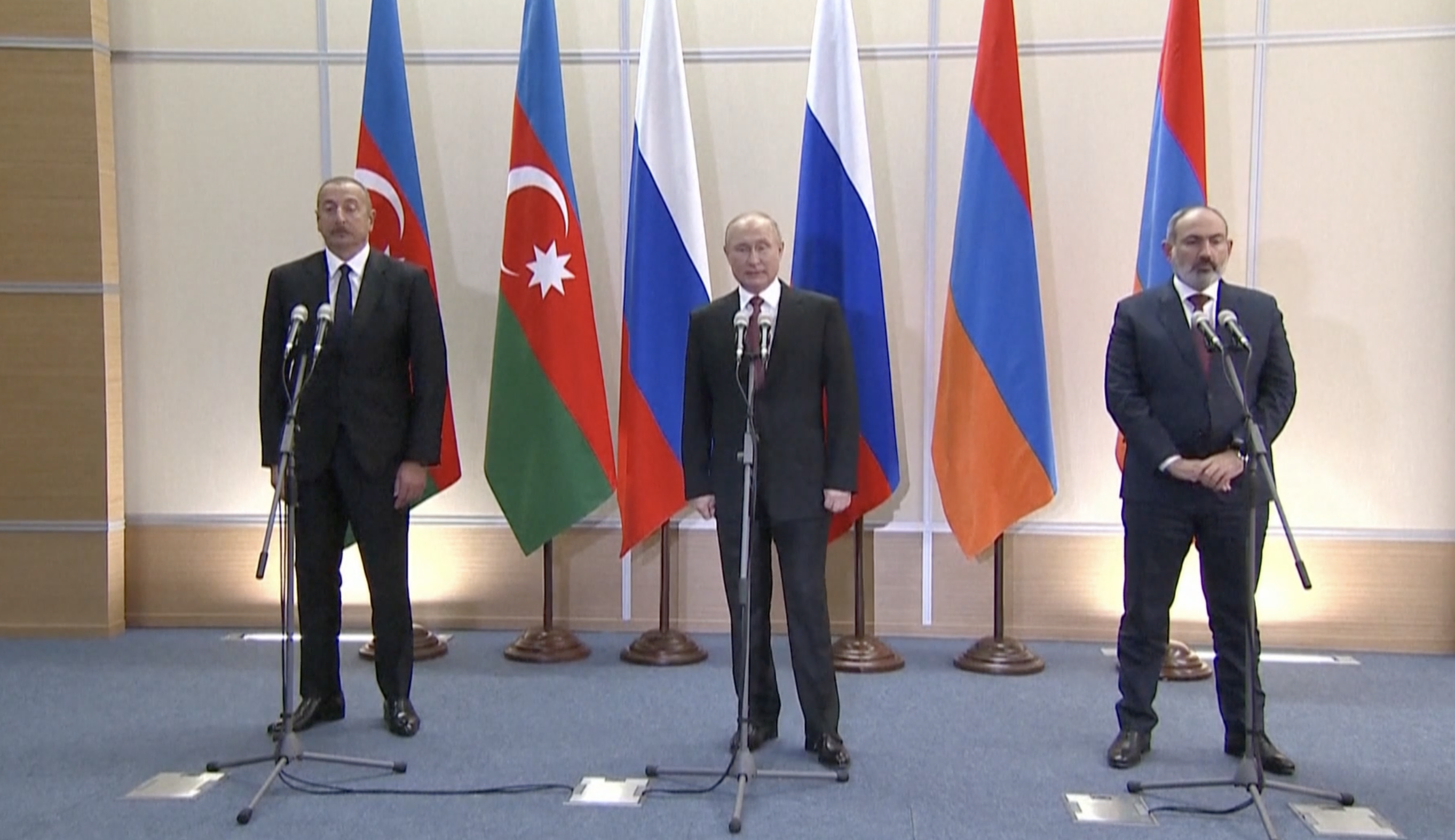 Screenshot from the Euronews video report.

On November 26, the leaders of Azerbaijan and Armenia met in the Russian city of Sochi to discuss bilateral relations, in a meeting organized by Russian president Vladimir Putin. The meeting took place, almost two weeks after the worst fighting broke out since the war the two ex-Soviet Caucasus republics fought last year, which Azerbaijan won.

In a joint statement issued following the meeting, Azerbaijani President Ilham Aliyev and Armenian Prime Minister Nikol Pashinyan agreed to establish a bilateral commission on delimitation and demarcation of the border.

At their Russia-hosted summit in Sochi, leaders of #Azerbaijan and #Armenia agreed to look into possibility to establish a BILATERAL commission that will study issues related to the state border. Not #Russia-mediated as it was discussed before. pic.twitter.com/Vam0bAvj9T

Both leaders thanked the president of Russia, and the presence of Russian peacekeeping forces on the ground for the work carried out since last year's war.

Today we have had a very detailed and I would say sincere talk on all these issues. We openly discussed our plans that cause concern of both parties, and I think the key is that the decisions we made regarding settling arguments and disputes will contribute to making the situation in the South Caucasus safer and more predictable.

I think that if our talks gain momentum based on this meeting, we can expect real results.

I reaffirm the readiness of Armenia and the Government of Armenia, which got its mandate from the people of Armenia, to usher in the era of peaceful development for our country and for our region. We are committed to that and today’s meeting clearly contributed to the implementation of this agenda.

A list of decisions taken during the meeting will be announced in early December, following the meeting between Russian, Armenian, and Azerbaijani deputy prime ministers in Moscow.

Aliyev and Pashinyan are scheduled to meet next on December 15, in Brussels, on the margins of the EU Eastern Partnership Summit. According to the press statement issued by the European Council, the leaders of Armenia and Azerbaijan agreed to “discuss the regional situation and ways of overcoming tensions for a prosperous and stable South Caucasus, which the EU supports.”

In an interview with OC Media, political analyst and the director of Regional Studies Center, Richard Giragosian said the meeting in Sochi was “significant” even if not “producing concrete commitments.”

The meeting between the Armenian and Azerbaijani leaders offered an essential return to diplomacy over force of arms.

Giragosian also stressed the role of Russia as a mediator in the conflict, especially ahead of the upcoming summit in Brussels. “Putin sought to preempt the EU and used Sochi to reassert Russia’s role as the initiator and enforcer of the 2020 Russian-imposed ceasefire.”