In Azerbaijan, bullying in schools is still a problem

Azerbaijan does not have anti-bullying legislation in place. 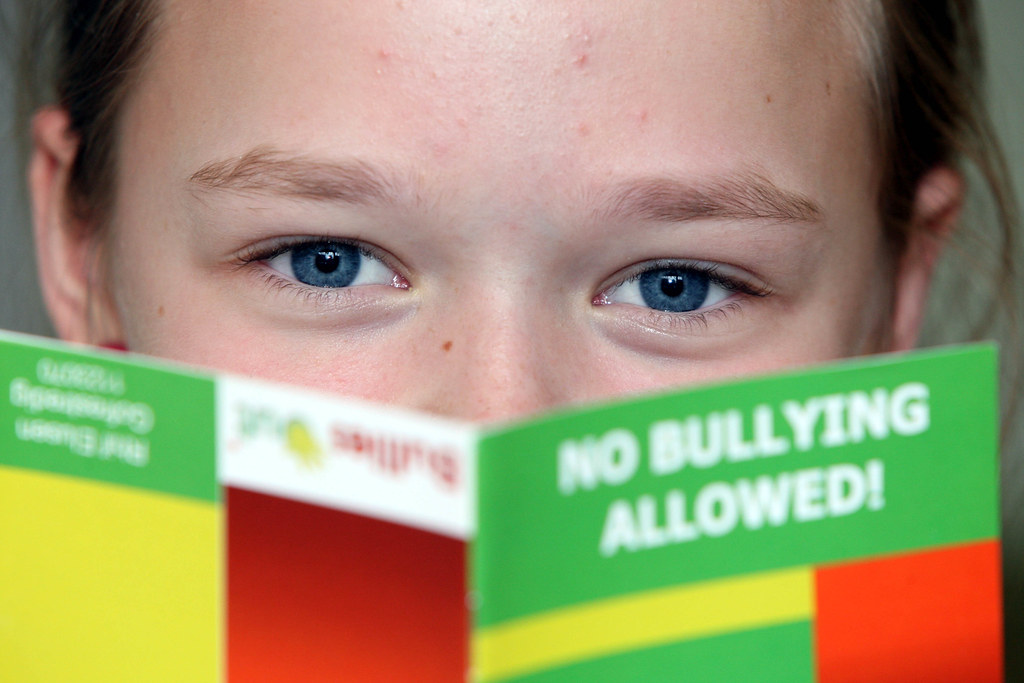 Ali Malikov is in his final year of high school in Baku. He is also bisexual. For years he has been bullied at school. Now in his senior year, Malikov is boycotting his school and refusing to attend classes after the lack of action from the school administration and the Ministry of Education, according to the personal account he shared on Facebook.

The testimony Malikov wrote on his personal Facebook profile details how, since grade 8, he has faced harassment and abuse at the hands of his classmates and teachers and how, despite his numerous complaints to the school principal, he was told off.

It was in 8th grade when somehow students in my school learned about my sexual orientation. They would call me names in the hallways of the school. Later, someone shared pictures of me wearing make up on social media, revealing my home address and the school I was studying at. I was receiving threats. I spent my time at school in constant fear. My physics teacher would tear down my notebooks, and my necklace. In 10th grade, because of the pandemic, we switched to e-learning. The same time, a trans fried was stoned a street and was told that together with me, we were a disgrace.

According to Mikroskop Media, Malikov has also complained to the Ministry of Interior. On November 26, he was invited to a police station to discuss the situation. Meanwhile, Hüseynağa Hüseynov, a representative for Məktəblinin Dostu (Pupil's Friend), a Ministry of Education project that strives to create a safe environment at schools between teachers and students and provide medical and psychological assistance in case of an emergency, told Mikroskop Media in an interview that he has advised Malikov to censor himself when at school:

We can't just approach every single student at the school to stop harassing Ali. We have talked to every student Ali has complained to us about. But what Ali demands is that we remove students who harass him. There is no such law in the legislation. I have told Ali personally, that he should self-censor himself when at school. Instead, Ali took off his rainbow colored mask, and told me that if he is not wearing this mask, then he is already self censoring himself enough. I think, Ali is still a child, and is simply under the influence of certain groups.

The 17-year-old disagrees. In his response, Malikov wrote on Facebook that one of the people instigating the attacks is Hüseynov himself. “I was informed that one of the people forcing my classmates to write posts against me, is this friend of student.” One of the posts Malikov is referring to claims that the school is doing everything it can to protect Malikov and that, instead, Malikov is disgracing the school name. “By using minors as a tool in your games, you are disgracing yourself. If those who have to fight bullying do the exact opposite today, so be it. I will continue,” wrote Malikov in his most recent post as a response to the ongoing situation with other students at the school.

“Today I learned that the Russian language teacher at my school showed my pictures to students telling them that I was gay and that I was ruining the image of our school and education. The students are liking posts that are humiliating and threatening me. Some are even accusing me of being a rapist and being a bully myself,” wrote Malikov on his social media account.

“I am ashamed of the school's administrative staff.”

In 2019, the story of a Elina Hajiyeva, a teen who died from suicide jumping from the third floor of her school building, sent shockwaves across Azerbaijan. It also sparked a social media campaign against bullying in a country where the topic is rarely discussed. In Elina's case too, despite her numerous complaints to the school principal, no action was taken.

In Azerbaijan, where there is no official documentation of cases of bullying, the lack of response of the school administration is not surprising wrote researcher Lala Mahmudova in her piece on bullying at Azerbaijani schools in 2019.

In Azerbaijan, one of the countries where homophobia is most prevalent, it is very common among students to insult each other with homophobic epithets and obscenities.

Due to the scarcity of statistical data on Azerbaijan, it is not possible to study the extent to which conditions which contradict the principles of social justice, such as bullying, homophobia, sexism, and hate speech, are prevalent in schools today.

According to a 2019 Programme for International Student Assessment (PISA) report published by the Organisation for Economic Co-operation and Development (OECD), “in Baku (Azerbaijan), 36% of students reported being bullied at least a few times a month, compared to 23% on average across OECD countries.”

Azerbaijan does not have any anti-bullying laws. At the time of Elina Hajiyeva's suicide, recommendations to develop a bill felt through. Instead, some schools started removing window handles and installing metal bars to prevent their students from similar attempts. Meanwhile, the Ministry of Education released a promo video about bullying, encouraging students, parents and teachers to speak up.

Malikov is calling on relevant government institutions to take responsibility for what is happening at his school, including the school administration. In an interview with OC Media, Malikov said that, until the school takes appropriate measures and prevents bullying and abuse not only against him but also other students, he is boycotting the school.