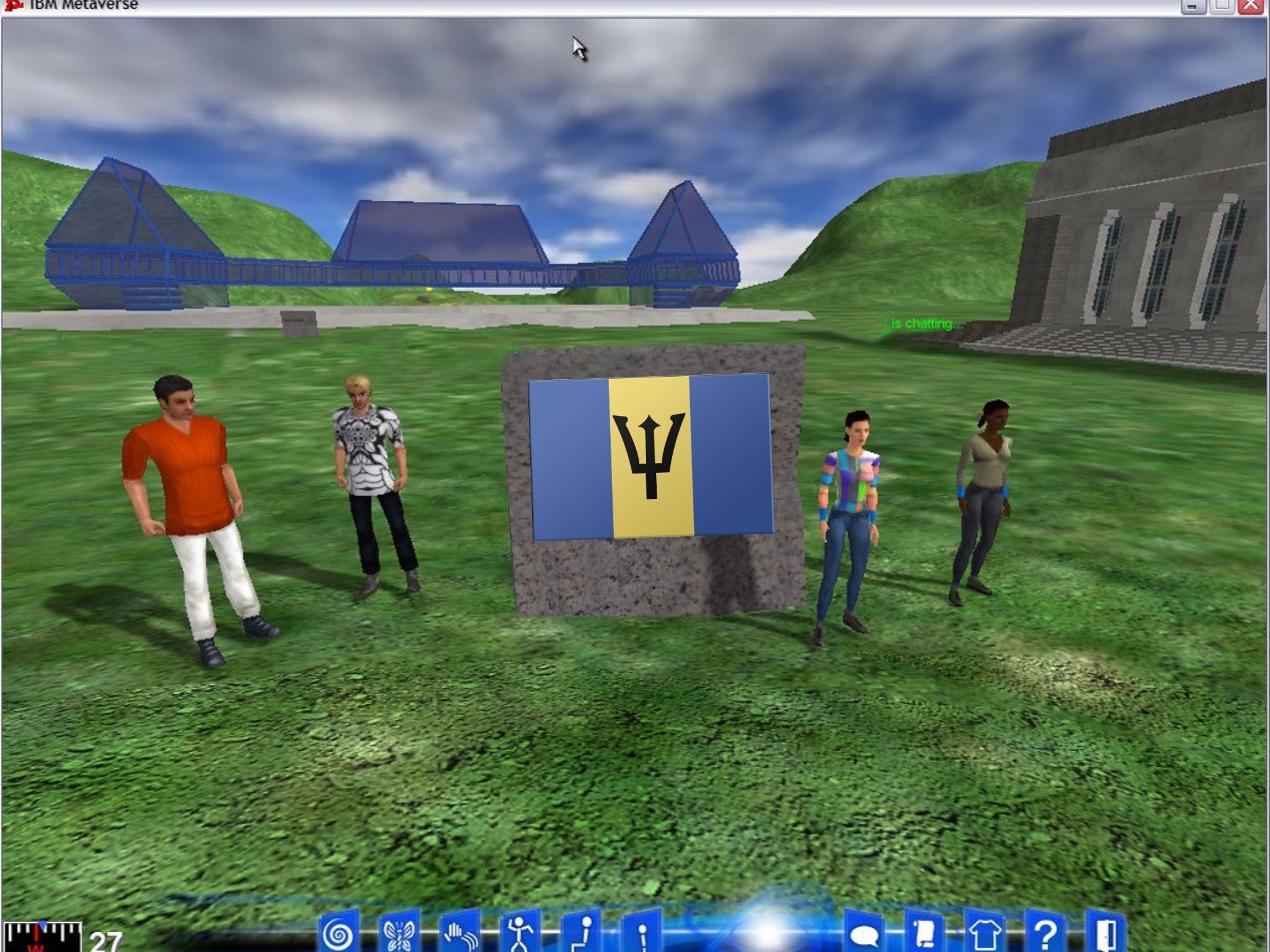 Barbados has been making many bold moves in the past few years. In 2018, the island, long regarded as one of the most conservative in the Caribbean, held its first public Pride Parade. In 2019, it announced its intention to do away with the controversial Common Entrance exam, a secondary school placement test that many, region-wide, consider classist and inequitable. In the wake of Black Lives Matter protests in 2020, it removed from public display a statue of Horatio Nelson, citing his role in the transatlantic slave trade, and in 2021, elected its first local head of state. Now, the tiny island nation has become the first sovereign state with a digital embassy in the metaverse.

#Barbados is about to become the first country in the meta-universe to have an embassy. #metaverse pic.twitter.com/M1vpIkTOyx

On November 14, Barbados’ Ministry of Foreign Affairs and Foreign Trade signed an agreement with Decentraland, one of the largest and most popular decentralised virtual reality platforms, comprising over 90,000 parcels of land which can be purchased with cryptocurrency. However, the country is also in discussions with other metaverse platforms. As Gabriel Abed, the cryptocurrency entrepreneur who founded bitt and Barbados’ ambassador to the United Arab Emirates—who brokered the deal with Decentraland—explained, “The country intends to expand aggressively beyond this initial effort to build structures and purchase digital land in a variety of virtual worlds … the metaverse is still very young and new, and we want to make sure what we build is transferable.”

So how does this work, exactly? After the country purchases the land and builds its virtual embassy, the aim is to outfit it to provide services like “e-visas,” and design mechanisms through which users’ avatars will be able to travel. Once the embassy is launched, possibly by January 2022, Barbados will become the first country in the world to formally recognise digital sovereign land.

The move is not a complete surprise. Barbados is known for being cryptocurrency-friendly. Its Central Bank has been quite open to the possibilities of bitcoin (BTC) and has been updating its legislation to encompass digital currencies.

Could the establishment of an embassy in the metaverse be the first step in the country's move towards more serious economic interaction and investment in digital worlds? Some netizens were excited about the potential, with tech-savvy Twitter user Mario Nawfal asking:

Others applauded the “historic” move:

Some, however, weren't completely convinced. This CoinDesk opinion piece initially questioned what the point was:

If Barbados is trying to digitally solve some problem – such as how to make issuing visas and permits more efficient – why use a blockchain when a simple e-government services website would suffice? The metaverse part seemed like a gimmick.

[W]hat does a metaverse embassy look like, in practice? And what “e-consular services” could a metaverse embassy provide that a real embassy couldn’t? […] Are “e-visas” for travel within the metaverse or will they apply to the real Barbados? Who needs one, and who gets one?

Not everything needs to be on the blockchain – in the absence of clarity, the metaverse embassy just feels like an empty ad campaign from a government official with a stake in the crypto industry.

Twitter user S71 was also not convinced, dismissing the Decentraland platform as a clone of Second Life:

All this #metaverse blubber gives me a #DejaVu. As a veteran using @SecondLife for tourism marketing, reading that #Barbados created a virtual embassy in @decentraland made me curious. I hopped on Decentraland and honestly, that's it? Complete SL clone. It ain't gonna work.

However, Michael J. Casey, CoinDesk's Chief Content Officer, conceded that Barbados’ decision to open the virtual embassy “raises some pretty interesting questions about how sovereignty is exercised in the digital age” and “has the potential to be quite disruptive.” In other words, Barbados may well be anticipating how digital property rights and other virtual innovations like non-fungible tokens (NFTs) may evolve—and ensuring that they get in on the action early.

Professor Avinash Persaud, special envoy on investment and financial services to Barbados’ Prime Minister, Mia Mottley, explained via email that “the channels through which trade and transactions take place are changing”:

We believe that if we are to best position our people for these changes, we have to understand them and to do that, we need to be early but limited participants in new channels, even before it is clear how and which will evolve most fully.

We cannot understand these new channels of economic activity from the sidelines. In this spirit, with eyes wide open and limited exposure, we established the first official Embassy or lookout post in the Metaverse. I will let you know what we have learned in twelve months’ time.

The region—and the rest of the world—will no doubt be interested in finding out.