In Afghanistan education is a challenge for rural girls 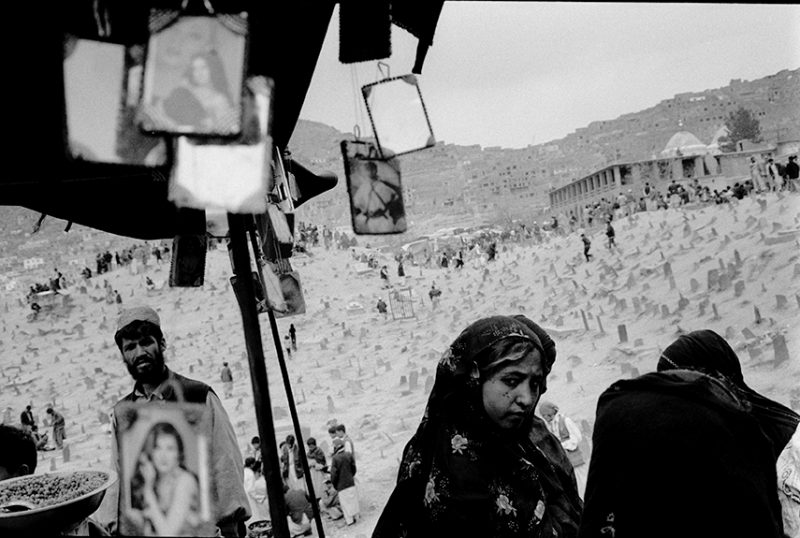 Khojasta Sameyee is a young Afghan woman writer who just released a book called “The Mountains Have Witnessed: The Story of a Girl Who Dared for More.” The novel, which she co-wrote in English with her brother, tells the story of an Afghan village girl who is more than determined to go to school and get an education. While there have been many descriptions of the lives of Afghan women by foreigners that project external views, and often carry distortions, this book offers a truly Afghan view on the topic. Global Voices interviewed Sameyee by email to ask about her experience and views.

Global Voices (GV):  Can you describe the typical life of girls in rural Afghanistan?

Khojasta Sameyee (KS):  Afghan women and girls witnessed improvements regarding their living situations when the international community returned to Afghanistan after 2002,  yet these changes did not reach all parts of the country. In rural areas, there is less access to schools for women and girls, mostly because of security as many schools have been destroyed, burned and closed by the Taliban and other groups. The general perception in rural communities is that women were created to remain at home, so there is no use for education or developing an independent personality. Most families in villages are ashamed of having girls.

GV: What are the views on girls’ education from the perspective of traditional rural family?

KS: Many families living in rural communities have a negative view about girls’ education. They allow girls to go to school and learn up to the sixth or seventh grades, but not any further, because according to their perceptions, a girl's place is at home. Very often, older women in the family, the grandmothers, are the most opposed: they challenge their sons to make sure young daughters do not tarnish the reputation of the family by being outside of the home while being educated. Alas, this is a form of violence against women carried out by other women.

GV: As a woman author from Afghanistan, what was your own experience of getting an education, writing and describing the life of young women in Afghanistan?

KS: As a girl, I was raised in an educated family where my parents always encouraged me to do whatever I wanted. It is thanks to their encouragement that I am who I am today. But the larger environment was not as supportive: many relatives tried to tell my parents to prevent me to be so engaged socially. Both my parents were educated abroad, they have themselves struggled against old-aged customs within their own community and have fought for their own rights. They are the real heroes for us, their children.

GV: What is the role of women in Afghan literature historically and more recently?

KS: Unfortunately, some of the existing customs have prevented female Afghan literature [from developing] fully, yet there are traces of women engaged in literature going back to the fourth century. Rabia Balkhi, who lived in the 10th century, is considered the first woman poet and as such is a symbol of female literature. Some women had to write using pseudonyms, such as Makhfi Badakhshi, who was born in the late 19th century. She was an influential writer and poet, despite being unable to use her real name of Seyedeh Begum to publish her poetry. Other great female poets and writers of the same period include Mahjoubeh Heravi and Forough Farrokhzad. More contemporary names include  Ziba Al-Nisa, Goharshad Begum, Mahjoubeh Heravi, Leila Sarahat Roshani, Nadia Anjoman, and Homeira Neghat Dastgirzadeh. By the 1970s, this very promising generation completely disappeared following the Soviet invasion and the arrival of the Taliban. Today, Humaira Qaderi is one of the famous and rare female poets who can still make her voice heard.

GV: Afghanistan has been in a state of war for over four decades. It is a well documented fact that women are often primary victims of armed conflicts. What are your main concerns for women in this time of yet another political transition and violence?

KS: The main concern is that Afghan women will lose 20 years of hard-earned achievements. The living standards of Afghan women in urban centers have gradually changed. They now have their own voice, make their own choices, and have their own personalities. But in rural contexts the women's place in society remains unchanged. Our country needed another 20 years of democracy for these changes to become institutionalized in the rural level and our Afghan women in districts and villages were also able to benefit. After the latest political transition, I am concerned that the women's achievements will roll back 20 years. They will not be allowed to go to schools and universities. The new government will not give them a role for the development of the country. Plus, their economic independence is in danger.

Now we see that the women are protesting against the Taliban in Herat and Kabul and they want their rights and want to have equal opportunities and an equal share in government as men. This is all because of the 20 years of struggles. According to the Taliban, the schools should be opened only for girls from 1 to 6th grade, while older girls should stay home. For universities, they announced that all female students should wear long and black clothes and their faces should be covered. The Taliban are seeking out and killing female civil society activists, police officers, women rights activists, and the other women who had a positive role in the former government. The Taliban have not planned to give women any role in the government. They also discouraged female state employees from going to their offices until further notice. Afghan women are poised to experience another dark period and again they will deprived of their rights.

GV: You co-wrote this book with your brother, and in English, which is not your native language. Tell us more about this unusual choice, and what were the main challenges in co-writing a book in a foreign language? Why did you choose English?

KS: The main reason that pushed us to write in English was to be able to spread information about the the conditions of the Afghan people, particularly women and girls, all over the world. By writing this book in English, a global language, we aim to remind people around the globe to be thankful for what they have in their lives, their opportunities, their rights. Because in Afghanistan most people are deprived of their basic rights: going to school, having a voice, the right to vote, and ultimately, being your own person.