Authorities said his lyrics might incite people to commit crimes 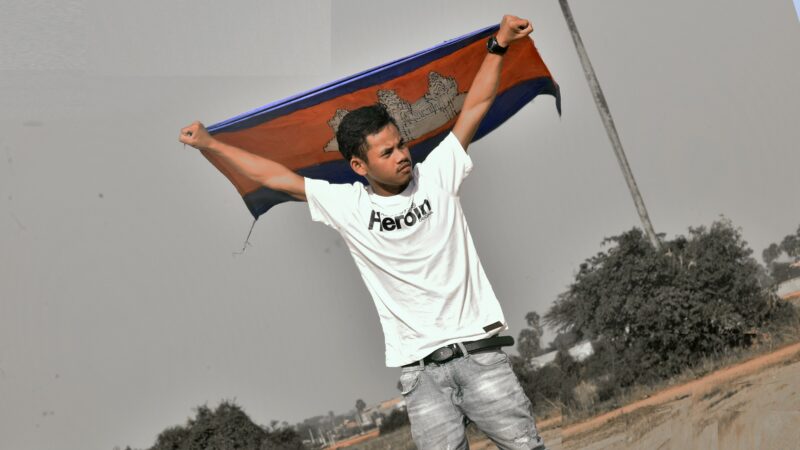 Cambodian rapper Kea Sokun spent a year in jail after being found guilty of “incitement to commit a felony” for two songs he wrote and posted on YouTube.

Sokun was arrested in September 2020 after the Ministry of Culture and Fine Arts filed a police complaint against the 22-year-old rapper for posting two songs on social media that allegedly incited people to overthrow the government. Sokun contested the charge but the court convicted him in December 2020, and he was released nine months later.

At a young age, Sokun was forced to drop out from school in order to earn a living and help his family as an amateur photographer. He set up a YouTube channel in 2015 and started to post songs which appealed to fellow young Cambodians. His channel contains almost 35 songs and has more than 200,000 subscribers.

Sokun’s songs often explored his Cambodian identity and opinions about his nation’s struggles. In the song “Sad Race” Sokun touches on the disparity between the rich and the poor. In his viral song ‘Khmer Land’ he bemoans the displacement of Cambodians from their land. Below is a snippet of an unofficial translation of the song:

I was born in a poor territory, with a transparent heart.
I’m opposed to the dictator and attacks on our heritage,
And opposed to oppression,
And I help the nation through singing this song.

When we lost all our land, we were busy drinking.
Watch out: Our map is in someone else’s hands.
While the other race is encroaching —
While we are breaking up —
They will encroach on it.

As of this writing, the video has garnered more than four million views.

In an interview with VOD, a Cambodian news agency, after his release, Sokun explained the song’s meaning:

In [the song] Khmer Land, I wanted to talk about the ancient times. And it is about how every citizen should wake up to love their society, religion and nation.

But authorities insisted that the song's lyrics might incite people to commit crimes. During the trial, no evidence was presented that linked the song to a criminal act.

Am Sam Ath, monitoring manager for rights group Licadho, summed up the arguments of Sokun’s lawyer:

There were a lot of challenges [made] — the key thing that the lawyer raised about this was the freedom of expression of people, including composing songs and singing songs, and that there was no intention to incite chaos in society or serve anybody’s interest. His intention was to earn money on YouTube.

The prosecutor still kept their stance that the song has an inciting nature and is a crime. As civil society, we do not see it as a crime as charged. But we see that he has talent in composing songs and expressing his views.

Having met with family of jailed young rapper Kea Sokun at Siem Reap province. He was offered a service to shoot a wedding but instead that was the plot to transport him to police station and he was arrested & charged of incitement. His conviction was appealed in January 2021. pic.twitter.com/npCbAa8Tzc

Sokun's arrest and conviction is part of an alarming pattern that points to the diminishing space for freedom of expression in Cambodia, under the government of Hun Sen who has been in power for almost four decades. Citing pandemic emergency regulations, authorities have ordered the arrest of scores of citizens, including journalists and artists, for speaking out against governmental policies.

Sokun was urged to apologize in order to receive a lenient ruling but he refused and asserted that he did not do anything wrong. He reiterated this stance after his release from jail. He told the media that

Going back, I would not have said sorry. Because I believe that I did not do [incitement] like what they said.

Kea Sokun was released from Siem Reap prison this afternoon. The Cambodian rapper was arrested in September last year and convicted of incitement over his lyrics. For background info: https://t.co/dnddBFiAWZ pic.twitter.com/f33XgsZ6Bl

He vowed to release new songs after spending time with his family:

I will not stop writing and singing my songs about my country. I will continue to educate the people through my songs and keep the patriotic spirit going.

Sokun’s ordeal is the subject of a short film released in November 2021. Titled “Not Love Songs” the film by Cambodia-based journalist Jackson Brook highlighted the impact of Sokun’s arrest on his family and how they “came together to speak out against the rapper’s arrest and found their own voices to deal with this injustice.”